It’s no secret how much hate the left harbors towards guns, and how the media avoid reporting on the number of lives saved by them. But Sunday night’s episode of HBO's Big Little Lies, “Once Bitten,” gave a rare glimpse into the benefits of gun ownership, particularly for women who have been victims of violent crime.

As main character Jane Chapman (Shailene Woodley), who was raped several years ago, chats over lunch with another main character, Madeline Martha Mackenzie (Reese Witherspoon), the topic of guns comes up when Jane mentions she saw Madeline's ex-husband at the gun range.

Madeline: The shooting range? What were you doing there?

Jane: Target practice. I try to go once a month.

Madeline: You were doing target practice?

Madeline: Well, we're going on a road trip to go meet the person that assaulted you, and you're doing target practice? I'm not suspicious at all.

Jane: I'm not planning on shooting the man.

Madline: Oh, my God. - I just-- I have a thing about guns to begin with. Nathan and I used to fight about it constantly. He's obsessed with guns. All those mass shootings. I don't know.

Jane: It's actually helped me a lot, owning one.

Jane: They say just holding one in your hand has psychological benefits for emotional trauma.

Madline: Oh, I didn't know that.

Jane: Mm-hmm. Yeah, because it inhibits mentalization, so it helps you block yourself off from emotions.

Madeline: And that's a good thing?

Jane: Yeah. If the memories are painful enough, absolutely. You know, I feel stronger with one, more empowered.

Madline: Oh, hi. Maybe I should get a gun. There's more than one person I'd like to shoot in this town.

Though Madeline cracks a joke, it’s apparent that she was enlightened by Jane’s experience with gun ownership and the benefits it has brought her.

All joking aside, you would think that feminists in the media would embrace the right to bear arms and celebrate the power and protection that guns can provide to women like Woodley’s character Jane, rather than denounce them and fight to chip away at the second amendment.

One woman, Katherine von Tour, wrote an eye-opening story about her transformation from an “anti-gun feminist to armed feminist” in this article for GunOwners.org.

Von Tour wrote, “And the National Organization for Women? Here's the thing that makes me crazy about an organization ostensibly dedicated to the empowerment of women - NOW is uncompromisingly and adamantly anti-gun, including urging all women to disarm themselves, and supporting legislation to force their disarmament. 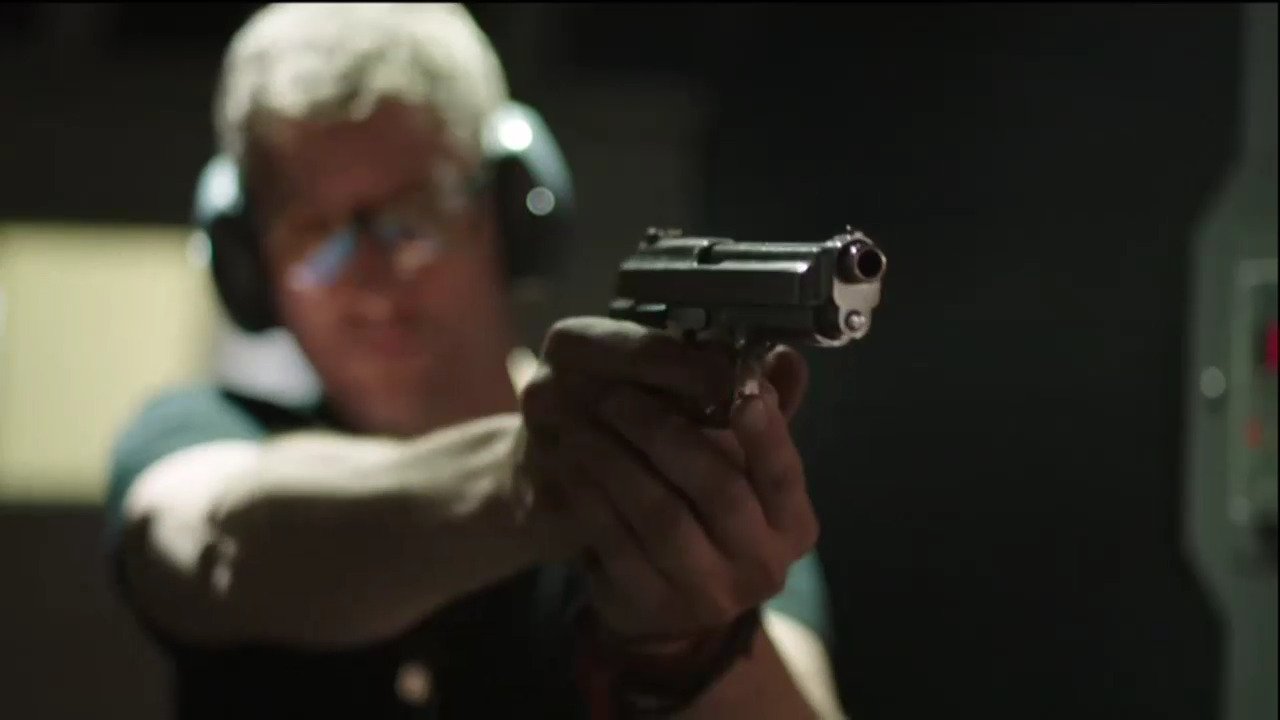 "The incongruity and hypocrisy of this stance is simply stunning. How can such an organization claim to be ‘for women?’ In my experience as a single woman, there is nothing more effective than a gun for protection.”

And a woman by the name of Amanda shared her experience of going from being terrified of guns to legally owning a concealed weapon and undergoing the proper training on safety and use in a story for The Well Armed Woman.

She wrote, “There are a lot of terrible people out there who would wish to harm others, and chances are they have a weapon. Whether that was obtained legally or not is another story, but if they have one, I would like to be able to protect myself in the event I cross their path. Why should that opportunity be taken away from me?”

If you get your information from the liberal media, though, not only will you never hear about how guns have prevented crime and saved lives, you also won’t hear about the numerous women who are empowered and protected by their guns such as Amanda and von Tour. That’s why the pro-gun message from a woman’s point-of-view in tonight’s episode of Big Little Lies was so important.

I myself am a proud gun owner and have used my gun to protect my family when I have been alone with them. One time, years ago when my kids were much younger, our alarm system went off. I was home alone with them. We had a plan in place to protect the kids in such an event by making sure to account for each child before aiming the gun at anyone or anything.

The kids knew that if the alarm sounded, they were to immediately come to my room, which they did. I locked the bedroom door, put them behind me and my .357, and answered when 911 called as they did whenever our alarm went off.

But this time was different. There was almost always a reason discovered immediately for the alarm going off in past events, such as a cracked window that the wind blew open even further, thereby disconnecting the alarm contacts on the window. Or someone forgot to turn the alarm off before heading downstairs, thereby setting off a motion detector.

This time, however, there was no immediate reason that we knew of, and as I was speaking to the 911 operator, I heard a distinct “click” in the phone line that sounded as if someone had hung up on another phone in the house. Thinking that I was maybe hearing things, I ignored it.

But the 911 operator asked me what the sound was. “I don’t know,” I said. “It sounded like someone hanging up another phone line in the house.”

“That’s what I was thinking,” the operator said, and his voice became more urgent.

It was then that I was more thankful than ever for having the gun in my hand and the ability to protect myself and my children. I waited maybe 5 minutes with my gun aimed at my locked bedroom door before what seemed like the entire police force’s SWAT team surrounded my house. I could see them running in a crouched position with guns pointed in the air as they came from a nearby street over to my yard.

Then, the scariest part happened. The operator, who had previously asked if I had any weapons, to which I replied, “Yes,” asked me to put my weapon away and walk to the front door downstairs unarmed.

Those couple of minutes of not holding protection for myself and my babies in my hand was terrifying. I felt extremely vulnerable and afraid for my children as I put the gun back into its locked safe, unlocked my bedroom door and ran to the front door to let the officers in.

We never did find exactly what caused the alarm to sound that day. It was set off by a motion detector in our basement, a part of the house that was rarely used and that no one had been in that morning...that we knew of. But there is a phone line down there.

Whether something nefarious was at play that day or not, I was prepared to protect myself and my children thanks to my gun. In the time it took for me to answer the call from the 911 operator and the time for the officers to arrive, had anyone attempted to harm myself or my children while we were by ourselves, I would have been prepared to take them down.

I not only own a gun, but I am trained on how to properly use it and how to aim it, and we obviously have rules to protect ourselves from accidental shootings.

My oldest daughter is now 27 and after a few scary stalking incidents at her work, where she sometimes found herself alone, she is also now a gun owner and is also trained on how to use and handle her gun and how to aim. I am proud to have passed that constitutional right down to her rather than make her fearful of something that can be the difference between life or death in a dangerous situation.

Kudos to the writers of Big Little Lies for passing on that same message! For showing their viewers that women can be empowered by gun ownership, especially those who are survivors of violent attacks like Jane. The more women talk to each other, like Jane did, the more that message gets across to other women, as it did to Madeline.

Women deserve to know the truth about guns, that guns protect and empower women. Women need not cower in fear - from guns, dangerous assailants, or the liberal media and so-called feminists who want to take away their constitutional right to protect themselves.

A true feminist isn’t afraid to empower herself or other women from those who seek to harm her. Let’s hope that Big Little Lies continues to spread that message throughout the rest of the series.