Yeah, tell me you don’t have that song stuck in your head right now. (You’re welcome.) It’s amazing how far we’ve fallen as a nation in less than 40 years when The Village People had a hit singing about being macho to now where the alt-left thinks it’s awful. And although the song is a bit sarcastic, it was embraced as a fun pop song to the point where even Donald Duck performed it.

There’s nothing fun about the left’s view of men now. 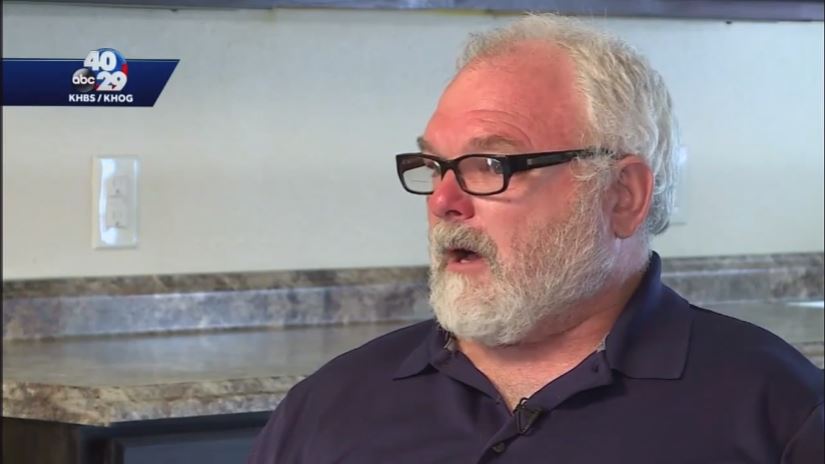 I wanted to write about Amanda Marcotte’s piece on the topic but the past two weeks have been themed columns. Then the shooting in Texas occurred and it underscored the importance. Here’s Marcotte’s headline, courtesy of Alternet: “Toxic Masculinity Is Killing Us in Many Ways.” Her column wasn’t unique. This is a common alt-lefty idea now. Here’s one from The Guardian about “patriarchal privilege.”

Talking about spree killers, Marcotte says: “There is a common theme here: Toxic masculinity.” This is one of those think pieces that pretends to be rational when it’s really not. Actual quote: “Toxic masculinity aspires to toughness but is, in fact, an ideology of living in fear: The fear of ever seeming soft, tender, weak, or somehow less than manly.”

Notice how liberals never “live in fear” about being other than themselves? There’s no major media outlet pushy wimpy pajama boys to be actual men, grow up, move out of their damn basements and get jobs. No, the media ideal is to take men who act, you know, as men, and get them to act more feminine. It’s a deliberate strategy.

She goes on to mock, “The ludicrously long and shaggy beards on Duck Dynasty," and even people like myself who make fun of pajama boy. According to Marcotte, “proving manhood and warding off anything considered feminine or emasculating is the main reason why we have so many damn shootings in the United States.”

That’s it. She’s solved all the mass shootings. It’s not media celebrating violence or liberals refusing to lock up violent criminals. Must be men refusing to be like women or perhaps some previously undiscovered gender.

The rest of the column is an uninformed screed against guns and gun owners. But it includes this epic line: “Our country is saturated in guns, and yet the mythical ‘good guy with a gun’ who is supposed to stop these mass shootings has yet to actually be produced.”

This is what’s known as horse crap. We saw in Texas this week how much Marcotte is wrong. It happens all the time. Brave men and women use their weapons to defend themselves and others and the media ignore it or downplay it. Here they couldn’t hide it.

Former NRA instructor Stephen Willeford showed the world that being a man means standing up when you are scared and still be willing to defend others. This photo (from his interview with with ABC 13 in Houston) shows the face of a hero who put two shots into an evil mass murderer. This is the masculinity conservatives celebrate.

And all good people in the world should do as well, which takes us to the rest of the ways the alt-left is trying to screw up the world this week: 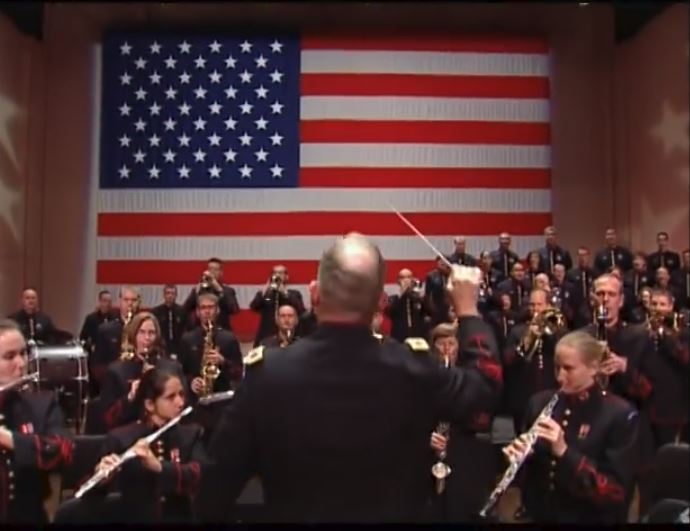 You Knew This Was Coming: Ever since the alt-left cultural revolution began, you knew the attacks on Columbus and the Founders would get worse. Now it’s the national anthem.

Hardly shocking, but sure is infuriating. Scumbags like unemployed quarterback Colin Kaepernick have been protesting the national anthem for more than a year. Yes, the media want to pretend that’s not the case. Let’s recall what Kaepernick said on the subject: "I am not going to stand up to show pride in a flag for a country that oppresses black people and people of color," Kaepernick explained when the protest first happened.

That leads us to the latest, from lefty site Splinter, writing: “Let's Pick a New National Anthem.” Splinter followed up complaints from the California NAACP with its own stupid spin -- new song suggestions. (Note the great performance of the US Army Field Band and Chorus featured in the photo.)

The criticism revolves once more over stupid comments about the song’s third verse and reference to “the hireling and slave.” But historians are wildly divided on the meaning of the verse and the alt-left is just guessing because it hates both the anthem and America. National Review did a nice analysis of this stupid idea some while back.

Let’s get to some of the ridiculous suggestions, several of which I have luckily never heard till now. (Thankfully, they tagged them to the idiot who made the suggestion.)

Notice none of them chose America The Beautiful or This Land Is Your Land. Because they really just want to mock the anthem and not propose even theoretically legit alternatives. The last comment gets to the heart of the Splinter exercise: “Jack Mirkinson: ‘I mean my real thought is that I hate national anthems and don’t think they should exist at all!!!’” Yes, so does Splinter, especially America’s.

Those Evil Dead White Guys!: The alt-left pretends to embrace multiculturalism. It’s a fraud. It’s pretty clear what they want. Let’s turn to Huffington Post for some proof: “When Booting Dead White Guys Off Reading Lists Is A Good Idea.”

Note how it’s not about choosing the best authors, or the most-impactful writing. It’s about “booting dead white guys.” Just as tearing down statues of Columbus, Teddy Roosevelt and Philadelphia Mayor Frank Rizzo is about the left overturning history it doesn’t like.

This isn’t about talent, impact or import. It’s about feels. Actual quote: “The exclusion of literature by authors of color, women and other underrepresented groups, and the frequently oblivious attitude toward the racial and colonial attitudes of white canonical authors in literature programs, should be a self-evident problem.” Why? Because we need to acknowledge less-important authors to make all the students happy.

Of course, the left wants a global safe space where talent and importance mean nothing. Here’s the conclusion of this massive bit of claptrap. Actual quote:

“Maybe some white people won’t be happy with the choices that college faculties make, the dead white men who are left off of introductory surveys or who are studied through the lens of their race and gender.

To which we can only say, now you know how everyone else has felt for hundreds of years.”

Yep, it’s all about sticking it to The Man. And if you send your kids to a public university (or many private ones like Harvard), then you are paying for this garbage. 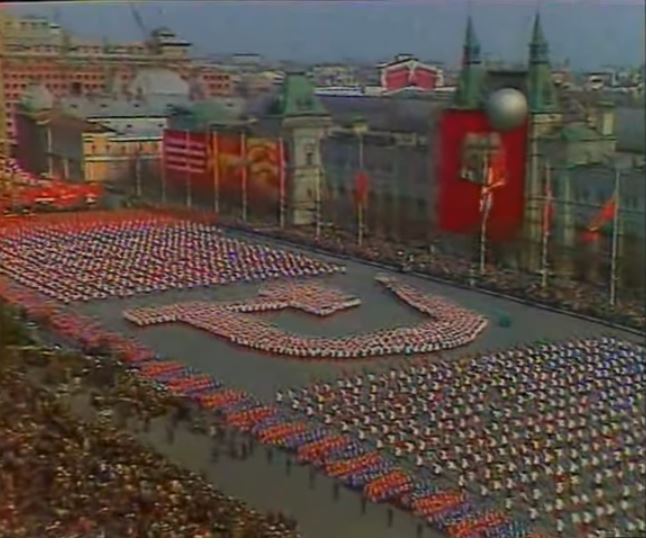 This is a piece that should be four words long: “Don’t do that again!” But author Vijay Prashad manages to turn it into an epic that is far-too tolerant of communism. (Hint: Death toll 100 million.) Prashad actually begins lamenting the loss of the old Soviet Union. “Its departure inflicted a heavy penalty on socialism around the world.” Heavy penalty? Sounds like refs gave them a 15-yarder for pass interference, not sent them to hell for mass murder.

Here’s an actual quote: “Do we celebrate the incredible, but hard won, achievements of the Soviet Union from 1917 to 1989?” What “achievements are those? Perhaps Holodomor, where that monster Stalin slaughter 3 million Ukrainians? Or the nations in the eastern bloc that the USSR subjugated?

Here’s another classic actual quote: “One of the major limitations of the USSR was that it did not enhance the democratic aspirations of the people. In fact, by restriction of democracy, it allowed the West – only formally democratic – to claim the mantle of democracy.” Got that? “Only formally democratic.” It’s garbage like that that convinces young people that monsters weren’t monsters and butchers weren’t, in fact, butchers. (That said, they knew how to throw a cool May Day parade, you have to give them that. This is from a 1974 video of the annual event.)

You can read the rest or just sit there and chuckle that this really is the alt-left.