Ordinarily, this is a mostly fun column to point out how extremely whacky the alt-left is in America. We’ll get to that, but first, it’s important to know that the alt-left is also violent and dangerous.

He’s right. The racists and the Antifa or antifascists both showed up in Charlottesville ready to fight. And though lots in the media pretend being “antifascist” is something honorable, Antifa is another part of left-wing thuggery. It is a big reason why the racist scum came armed, most likely.

This is the point where the virtue signalers demand that everyone hate Nazis. That’s like hating cancer. We all do. But I will take the ego plunge and quote my own Twitter account: “Nazis are awful. Racists are awful. #Antifa is awful. Political violence is awful. Why does saying that trigger so many in media?” There, the virtue signalers got their digital pound of flesh.

There’s a reason why this is important. If media people accept the left is filled with violent sociopaths who don’t believe in free speech, freedom of religion or maybe even the United States, that changes the conversation. Can’t have that!

Let’s remind them, shall we? 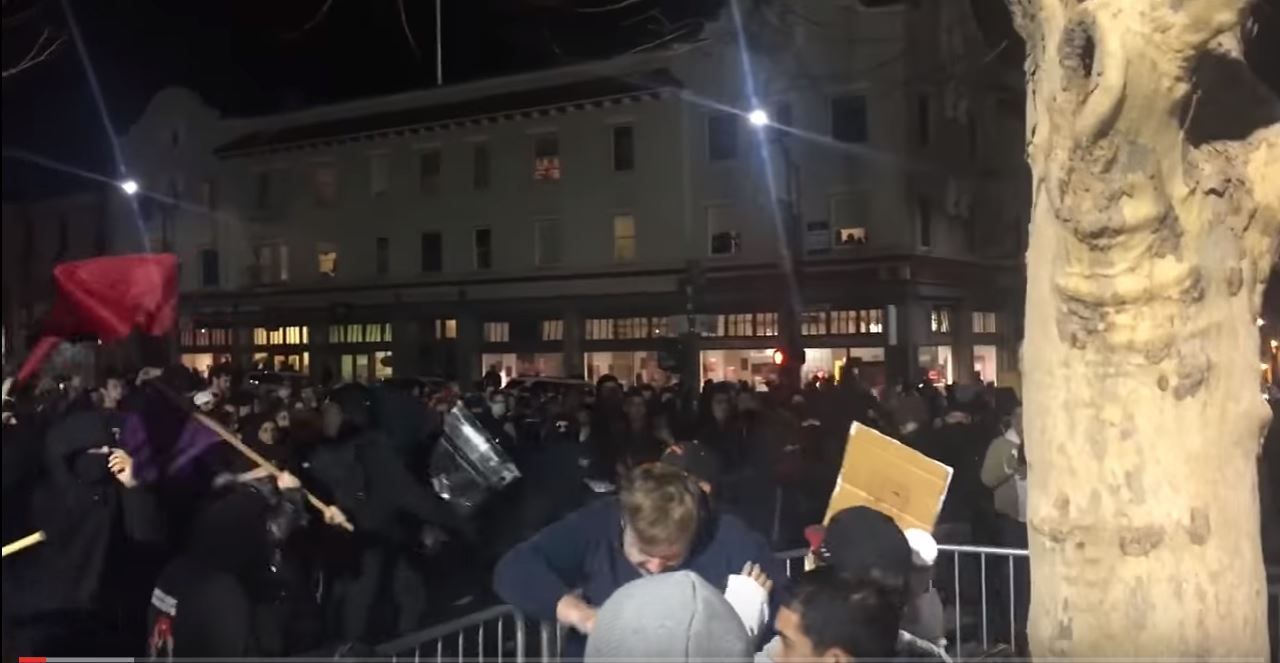 We’ll recap and go back to 2011, the heady days of the Obama presidency, during Occupy Wall Street. The media loved Occupy. NBC called it “demonstrations against corporate greed,” even though it was just another catch-all liberal protest against The Man.

Occupy introduced many Americans to what the alt-left had become -- criminal. Sort of a mix of street theater and street thugs. 7,700 Occupiers were arrested for a host of crimes including trying to blow up a bridge. Those who monitored the protests saw Occupy chant against police, scream at them, spit at them, push them, hit them, and more. When they weren’t throwing eggs, feces and firecrackers at police, they were doing what is called “doxing.”

Doxing used to be a hacker tactic designed to dig up the public, and often not-so-public, information on an individual. CNET reported Occupy used it against Oakland police. It was also used against New York policeman Anthony Bologna who pepper sprayed Occupy protesters. Anonymous went after him and his family. They posted “personal information of not only Officer Bologna, but his wife and children,” according to BuzzFeed. The media crew for Occupy San Diego repeatedly confronted and threatened individual officers and called for them to be doxed.

That was just the beginning. We’ve had riots in Ferguson and the various spin-off groups after it. The Hands Up, Don’t Shoot protests were based on a phrase that was never uttered, but media hyped it all the same. We witnessed the Freddie Gray riot in Baltimore that injured 130 police officers. Only CBS of the big three networks ever reported that fact.

Then there was the horrific Dallas shooting where five police officers were killed by Micah Johnson, a Black Lives Matter supporter. Here’s The New York Times headline: “Five Dallas Officers Were Killed as Payback, Police Chief Says.” “During the standoff, Mr. Johnson, who was black, told police negotiators that ‘he was upset about Black Lives Matter,’ Chief Brown said,” according to The Times.

Let’s not forget the Black Lives Matter protest in Minnesota where 21 police were injured. One even had his back fractured. First, the report making it clear the event was BLM. Then, the report of the violence where that connection is conspicuously absent. The headline: “Officer suffers spinal fracture during I-94 shutdown.”

That takes us up closer to recent events. There was left-wing violence against Trump protesters and left-wing attacks on anyone conservative on college campuses. Ben Shapiro has to deal with this every time he goes to meet students, but he’s brave and perseveres. One liberal nut tried to attack Trump. Another tried to assassinate him. The media want to depict it as all one-sided against poor lefty protesters.

This violence continued after the election. More than 200 anarchist/Antifa types (same type who go to places like Charlottesville to fight) arrested and charged with felonies. We had alt-left riots in Berkeley -- against free speech. At one, a lefty protester (lol) struck another person with a bike lock. “A former Diablo Valley College professor was arrested,” according to The East Bay Times.

That doenn’t begin to address the massive amount of alt-left violence. It just scratches the surface. But it’s context. For further context, the day after Charlottesville, Antifa tried to assault a Trump rally in Seattle. Here’s ItsGoingDown for the Antifa/black bloc version of events:

“The black bloc was front and center with the police line, with shields in front. People silly stringed the police and threw smoke and small fireworks at them. Eventually we charged the police line and pushed at them and hit them with whatever we had. They peppersprayed us and we held for a little bit but then fell back.” Then there’s this: “There was a tug of war between people and the cops, and one police officer tried to snatch someone but was smacked in the face by a 2×4 from the broken reenfored banner and the person managed to get away.”

The next time the media pretend only one side of scumbags are violent, send them this. Which takes us to this week’s column: 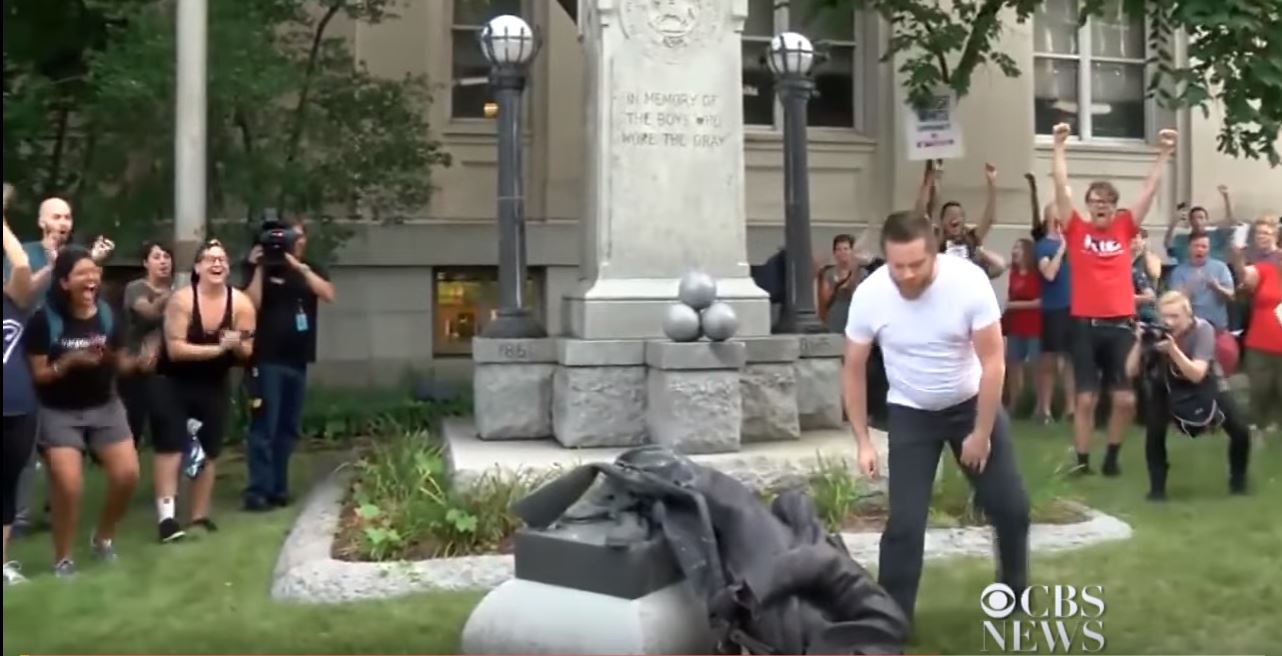 Your Statue Has To Go: As part of its Soviet-esque assault on history, the left has decided that statues have to go. Not Confederate statues, but any statues it seems.

How do we know? Because not only have liberals torn down Confederate statues in the dark of night, but they’ve protested a statue of President Teddy Roosevelt. And vandals attacked both the Lincoln Memorial and the Joan of Arc statue. “The phrase "Tear it Down" was hastily sprayed in black paint across the base of the golden Joan of Arc statue on Decatur Street in the French Quarter sometime earlier this week,” according to NOLA.com.

A good friend of mine argues this is just liberal stupidity and that’s tough to disagree with. Except it’s part of a consistent narrative. The same idiots who want to purge statues are the ones who want to redo history books and even get rid of the Jefferson Memorial.

Here’s an LA Times story from 2015 that I mocked at the time. It’s headlined: “Jefferson Memorial, Confederate statues enter national race debate.” Race huckster Al Sharpton just called for it to be defunded. Yet when President Trump brought up Jefferson and Washington, the media mocked him. Princeton also decided, for now, to Keep President Woodrow Wilson’s name on school buildings. Again, for now. And Yale even covered up a stone carving of a Puritan’s gun.

If you think this stops at Confederate monuments, you are being foolish. I end this with a quote from 1984: “Every record has been destroyed or falsified, every book has been rewritten, every picture has been repainted, every statue and street and building has been renamed, every date has been altered. And that process is continuing day by day and minute by minute. History has stopped. Nothing exists except an endless present in which the Party is always right.” George Orwell didn’t write fiction, he was Nostradamus.

Ethnic Food ‘Smacks Of The Sin Of Colonialism’: I’m certainly no cook. But like most people who like to eat, I’ve learned to whip up a few things. (Thank you Chef Ramsay!) And I pay attention to comments from famous chefs, especially when they are utter morons.

That takes us to, “Bow-tied chef, Christopher Kimball, the founder of Cook’s Illustrated magazine and the popular public television show America’s Food Kitchen,” according to Acculturated.com. Kimball is trying to bring foodies of the world together. (Foodies unite!)

Here’s a quote from Kimball, that they found on the site of his new venture: “Ethnic food is dead; it smacks of the sin of colonialism.” So if you thought you could dodge the lefty cultural revolution sweeping the land by reading recipes, think again. Best learn what your new liberal masters demand or you’ll be the main course. 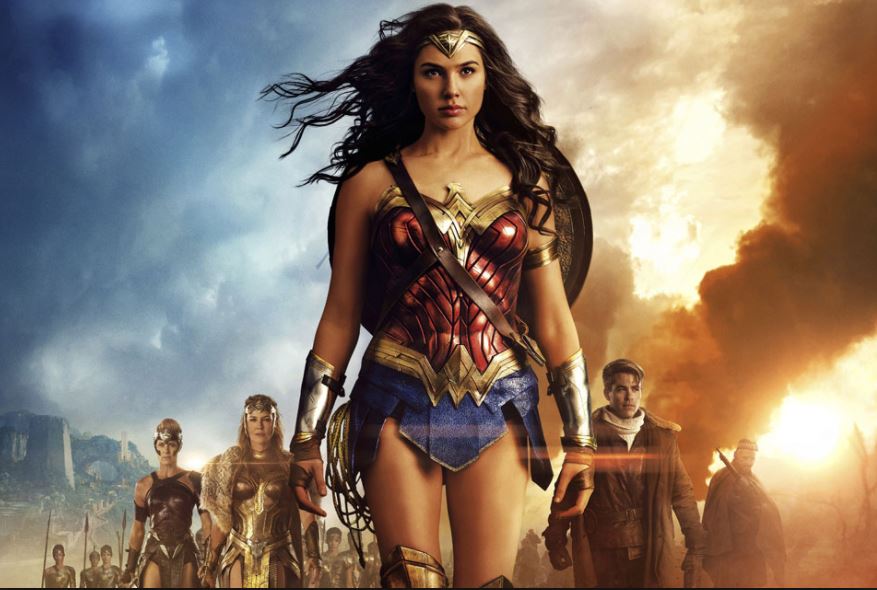 You Thought Dating Was Tough Before: One of the oddest aspects of lefty women’s sites is their obsession with the occult. They might disdain or even ignore Christianity, but give them some witchcraft or astrology and they are on it like liberals on a statue. Folks at Bustle (D-Insipid) came up with this story: “The One Zodiac Sign To Avoid When Dating, According To Your Sign.”

Think on that for a second. Not only are idiots who read Bustle supposed to now embrace astrology but then they are supposed to use it to delete 1/12 of the dating pool. Actual quote: “We often blame ourselves when someone doesn't text us back or agree to a second date, but more often than not, it just comes down to compatibility. And one source of your compatibility or lack thereof is your astrological sign,” according to astrologer (Ahem!) Deborah Graham.

For Aries folks like myself that means we need to avoid Taurus. That would eliminate stars like singer Adele, actress Jessica Alba, singer Blac Chyna (OK, this isn’t all bad) and actress Gal Gadot.

Yep, were the gorgeous, brilliant and mega-talented star of Wonder Woman single, I’d have to nix her because she’s a Taurus. Remember this the next time liberals tell you they are the ones who believe in science.