The left can’t help but own up to its insanity, apparently.

On Netflix, comedienne Michelle Wolf, best known for her White House Correspondents Dinner debacle, was so proud of being labelled “unhinged” by the Republican National Committee that she built an entire episode of her show The Break around it. Titled “Perfect Sports,” she stated in a monologue: “Yeah, like a screen door installed by a blind lesbian I am unhinged.” The rest of the episode was spent proving this announcement, as she called Ivanka Trump “herpes,” a “tumor,” and encouraged people to harass public officials. 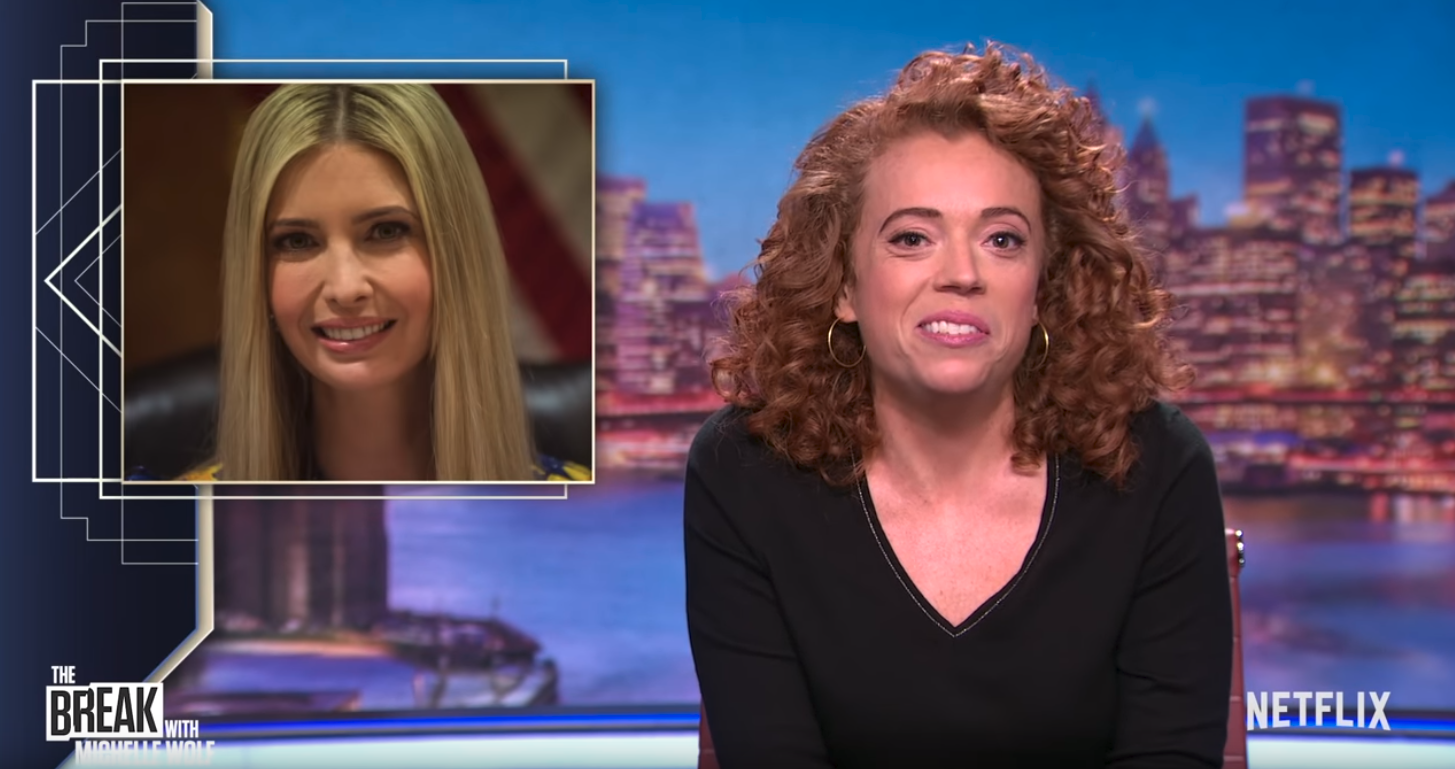 Remember when comedians were supposed to be funny? They’ve lost their purpose a while ago. Wolf started her episode showing a clip from an ad by the Republican National Committee which called the left “unhinged.” She said afterwards, “Expecting people not to be unhinged right now is like expecting people whose house is on fire to just calmly keep rearranging their bookshelf.”

Wolf continued, “Right now there are two things that should be unhinged: people and those doors to the child cages! Being unhinged is great. It makes people active. Like [socialist] Alexandria Ocasio-Cortez...Yeah man, she’s got to be good.”

Later in the segment, she compared Trump to Ocasio-Cortez, since both of them came from the Bronx. Saying they were like a Great Dane and a chihuahua, Wolf said, “Trump’s the chihuahua. He’s a tiny little bitch.”

In another part of the show, Wolf described herself as a “vulgar mouthy bitch who tells jokes about fucked up shit … Now is not the time to be hinged. And you people on both sides of the political spectrum who keep saying we must ‘maintain civility’ can shove that up your little uneaten assholes!”

She went on to slam people in the Trump administration, just to prove how unhinged she really is.

Democratic Congresswoman Maxine Waters encouraged people to confront members of the Trump administration in public and I agree with her. But you can’t just casually harass these people. You have to insult them specifically. “You’re a cunt” doesn’t hurt them. It’s on their vision board. You have to make sure your words are life-alteringly hurtful. You got to hit their deepest insecurities with the hot venom of a teenager from a broken home… There’s an etiquette to everything, even crushing someone’s soul. When you make someone eat shit, feed it to them with the right fork.”

Some of her attacks on Ivanka went to the extreme: “Talk to her in terms she’ll understand. Say, “Ivanka, you’re like vaginal mesh. You were supposed to support women but now you have blood all over you and you’re the center of a thousand lawsuits.”

The insults continued: “Say, hey girl, do your legs hurt, because you’ve been running afoul of government ethics all year.Is your nickname herpes? Because you’re not necessarily the most dangerous person in the administration, but you’re very unpleasant, totally incurable, and you always show up when we’re about to get fucked.”

Wolf ended the segment with a poke at Kellyanne Conway and one last insult aimed at Ivanka: “And finally, when you see Kellyanne Conway, I’m so so sorry. That means you’re going to die in seven days. Remember, discourse is about to change and Ivanka is the prettiest tumor in a swiftly moving cancer!”

Netflix considers this to be quality entertainment.