Jimmy Kimmel Drools Over Joe Kennedy: ‘When Are You Going to Run for President?’ 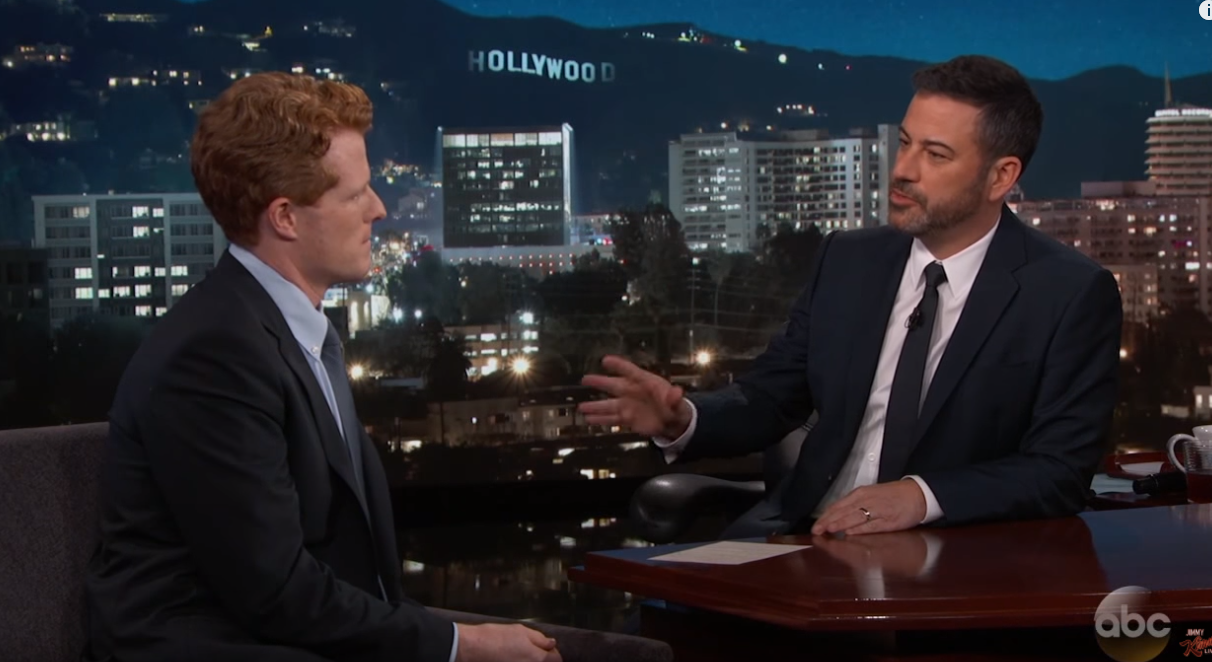 We have a fresh reminder of the Kennedys’ irresponsibility, arrogance, entitlement and dishonesty. So why would the man touted by the media as “America’s Conscience” encourage one of that brood to run for president? Good question.

On the April 4 episode of Jimmy Kimmel Live, the late night talk show host interviewed Congressman Joe Kennedy III (D-MA 4th district) in the most favorable way possible. He gushed over the Kennedy legacy and let the congressman air his views on health care. Kimmel also asked Kennedy point-blank: “When are you going to run for president? When is this happening?”

The late night talk show host made sure to bring someone on the stage who would give a rousing lecture on universal healthcare. Yawn.

“In Massachusetts, we have 98% of the people covered,” said Kennedy. Then he went on to actually quote Kimmel to his face, in a sycophantic fashion: “Nobody should worry about whether they can afford to save their child’s life.” Kimmel responded, “All right, well go do it, because we need you to do it, ok?”

In the war on conservative television audiences, Kimmel has been at the forefront, calling the GOP “sneaks” and painting them as villains who were trying to take away healthcare from Americans. Later, he blamed the GOP for the Las Vegas massacre, saying, “They should be praying for God to forgive them for letting the gun lobby run this country because it’s so crazy.”

The liberal media, from CNN to the Washington Post, has painted the late night talk show host as “America’s Conscience,” because he comes out on his stage and sheds tears while discussing liberal policy in the most emotional fashion possible. Don’t worry, Kennedy isn’t the first person he’s asked to run for president. When Oprah came on his show in February, he introduced her as the “best president we’ll never have.”

Had he been around in 1969, he could have said the same thing about Ted Kennedy, what with the dead girl and the coverup and the other things that might tax America’s Conscience.