At an event called the “People’s State of the Union,” one would not expect so many progressive partisan speeches from out of touch celebrities.

But the event, which took place on January 29th in Manhattan, was just that. Between Wanda Sykes starting the rally with a Margaret Sanger story and Mark Ruffalo telling the audience, “Don’t let the Koch brothers think that they can buy the American government!’, the entire evening was merely leading up to Michael Moore’s incendiary stemwinder. In the speech, the grade A America hater and D- documentary director stated that the people “must remove and replace the system and the culture that gave us Trump in the first place!”

The director’s one aim was crystal clear: he wanted to have a full Democratic Congress. He encouraged the audience to work for “A widespread massive removal of Republicans from the House and the Senate the likes of which this country has never seen. November 6th! There is no more important day this year. And every time you mention the electoral college, please call it, the racist electoral college. Cuz it was founded on the principles of racism to give the slave states extra power.”

Earlier, Moore listed off the sins of America: “And of us never correcting the three original sins of America: a nation founded on genocide, built on the backs of slaves, and maintained to the subjugation of women to second class citizenship and economic disempowerment. That’s how they’ve gotten away with it!”

He continued: “As we seek to rid ourselves of Trump, we must also seek to cleanse our American soul of its white male privilege, its voracious greed, and its enforced ignorance that has made a population of semi-literate and unaware people.” 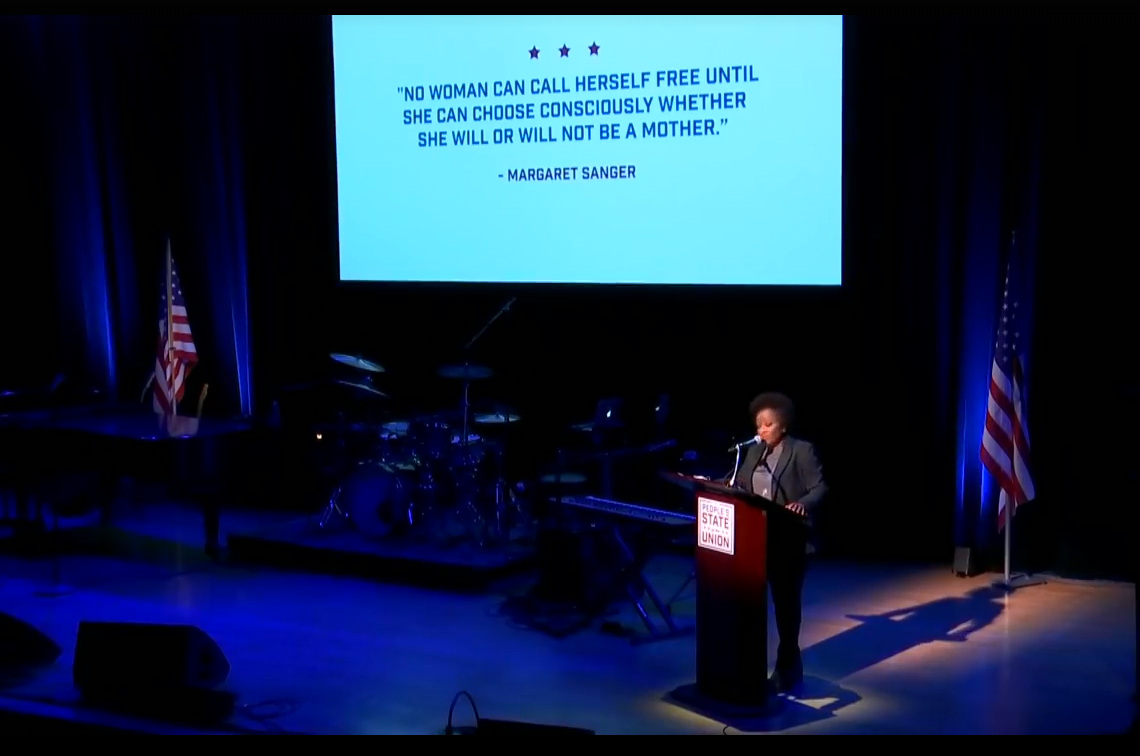 The event began with comedian Wanda Sykes speaking with a Margaret Sanger quote behind her that said, “No woman can call herself free until she can choose consciously whether she will or will not be a mother.” Sykes told her story: ““On this very stage, Margaret Sanger stepped up to the podium to speak about birth control, which was a completely taboo subject at the time. Police rushed the stage, arrested Sanger, and hauled her off in handcuffs. The audience rose as one in support, and followed her to the police station singing “My Country, Tis Of Thee.” Margaret Sanger later became the founder of Planned Parenthood.”

Actress Cynthia Nixon came out later wearing a large Planned Parenthood pin on her lapel. She told the audience, “This has been a dark year for America.” In her tale of woe about the Robert Mueller investigation, Nixon yelled, “We must make the firing of Robert Mueller a stark line in the sand! And if Trump crosses it we must take to the streets as never before!” She finished her statements with, “If we want our democracy back, we have to get out there ourselves and seize it.” 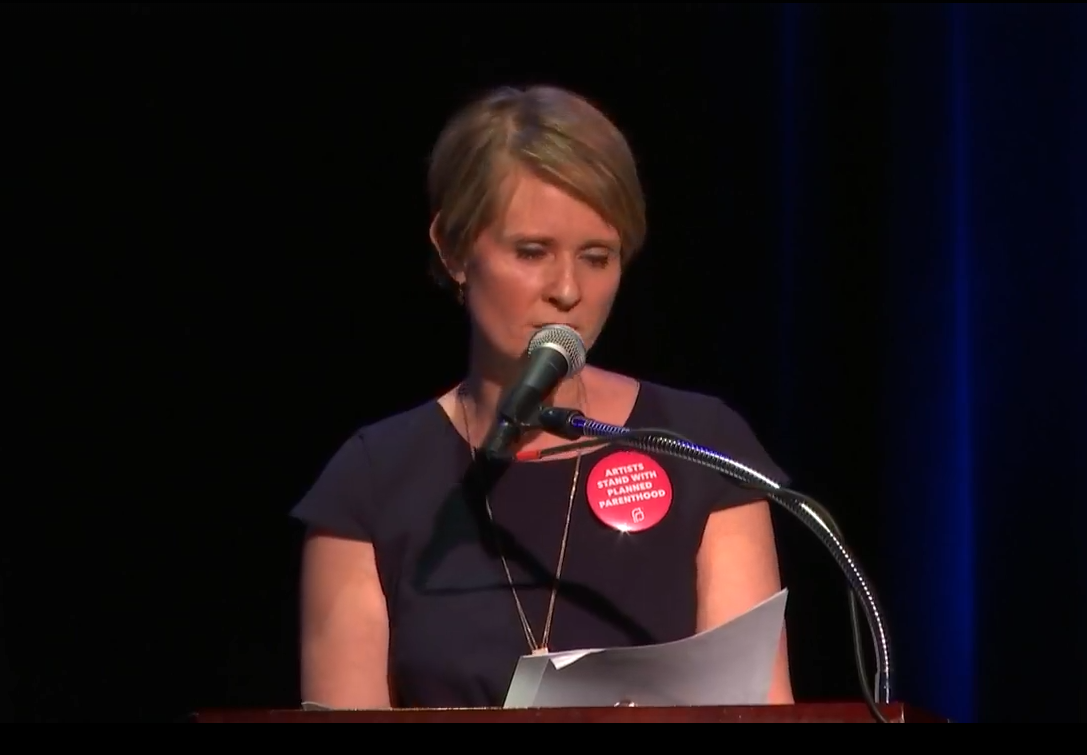 Actor Mark Ruffalo gave a speech explaining what the event was for: “Hulk Angry! Hulk no like Trump!” OK, he didn’t. He said, “Now, this event is called the People’s State of the Union because we wanted to give the people, we wanted to hear the people’s perspective on where our nation stands … I know you haven’t been at a country club for half a year huffing down cheeseburgers sitting on a golden toilet waiting for someone to bring you a chocolate cake!    … And I also know you haven’t spent the last year trying to cut out and carve out a tax break for the top .00001 % of the nation!”

How much did Ruffalo pull in from The Avengers? Nixon had a good long run on Sex and the City. If we could think of something Wanda Sykes was in, we’d bring that up. And of course, Moore is worth $50 million.