Angry Celebs Rage During Trump’s State of Union: ‘Sh*tler’ Is ‘A Disgrace’

The worst thing in the world for liberal Hollywood is for Donald Trump to be president.

As President Trump delivered his State of the Union address on January 30, Hollywood expressed its outrage that Trump actually followed tradition and spoke to the people. Star Trek: The Next Generation actor Wil Wheaton posted before the address: “Tonight, Shitler is going to read a speech filled with lies and falsehoods. He will say things that sound reasonable, but won't mean any of them. Pundits will declare him to be Super Totally Presidential For Real This Time. Do not be fooled. He is a liar, a racist, and a disgrace.” 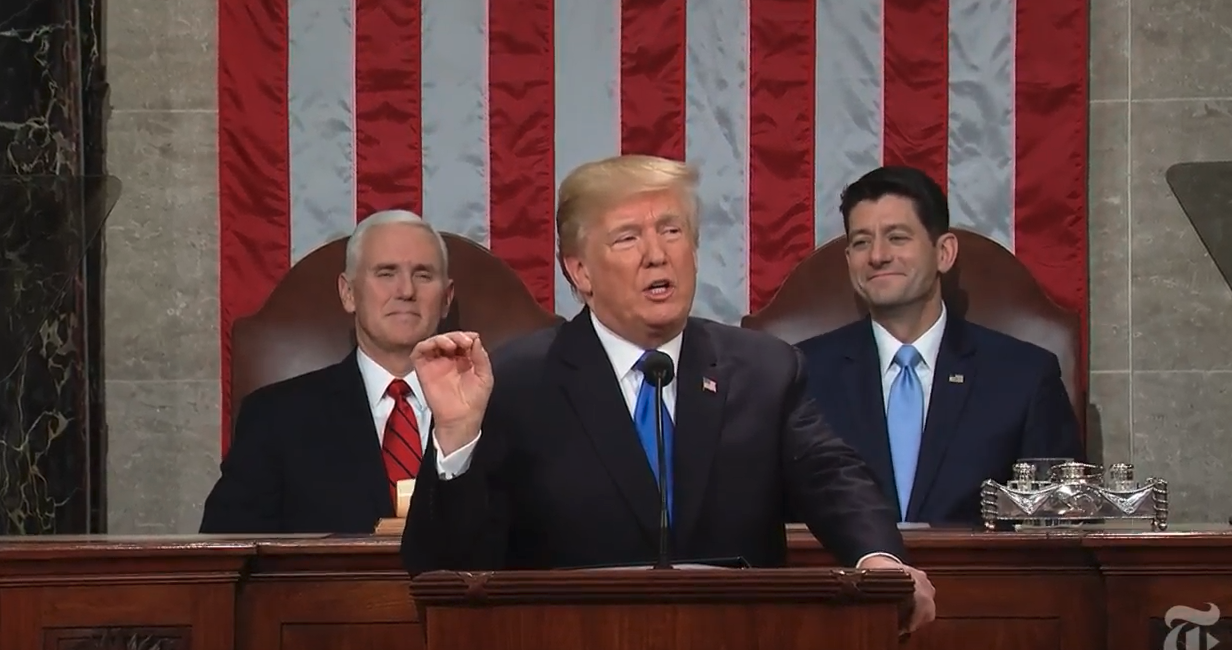 Patton Oswalt tweeted a bizarre scenario, implying that Melania Trump might need a gun: “Melania checks to see if the Marine beside her is armed. No pistol in the holster. Deep sigh. Not tonight.”

When President Trump mentioned that he was successful in getting rid of Obamacare, Women’s March activist Linda Sarsour tweeted: “Republicans are applauding that they stripped millions of Americans of their health insurance including children.”

Rosie O’Donnell and John Cusack encouraged members of Congress to walk out of the speech. And even though celebrities like George Takei, Michael Moore, Denis O’Hare, and Lea Delaria decided to not watch the speech, their reasons were certainly … original. Takei stated, “I'm not watching some frothing orange gorilla read off a teleprompter. I've got better things to do, like alphabetize my spice cabinet.” Jeffrey Wright reiterated the sentiment but used different insults: “Can't even watch this vile, deceitful fraud and his bizarre cult of self-interested sycophants.”

Comedian Albert Brooks tweeted ahead of the speech, “I was thinking about that A-hole who yelled "you lie" to Obama during his State of the Union.  I wonder if the whole congress is going to do that in unison tonight.” Brooks would be disappointed. Comedy Central’s Larry Wilmore wanted Trump’s “dentures to come loose.”

Jim Carrey posted a painting of Abraham Lincoln, weeping, with the caption, “It’s my party and I’ll cry if I want to!” Actor Billy Eichner gave his opinion, “the President is a lying, incompetent, racist, misogynistic sack of shit. Please register to VOTE in the Midterms on Nov 6th.”

Singer Josh Groban was ready to shove tradition to the curb: “ I don’t care if it’s bipartisan tradition, all these standing ovations (except for those honored) are dumb.” And finally, actor Michael Keaton decided to indirectly pledge his loyalty to Trump’s predecessor: “I already know the state of the union-ain’t good. Was pretty damn good about a year and a half ago.”