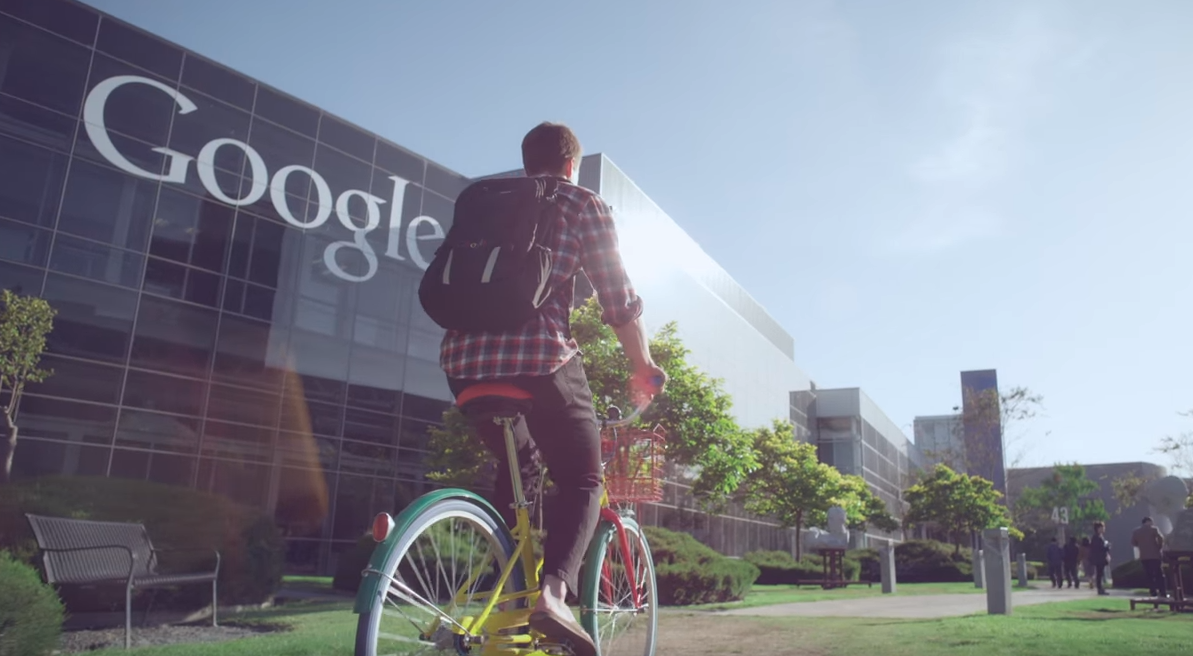 According to Eric Lieberman of the Daily Caller, “Google, the most powerful search engine in the world, is now displaying fact checks for conservative publications in its results. No prominent liberal site receives the same treatment.”

The conservative sites that were censored with “reviewed claims” by Google were Breitbart, The Daily Caller, The Daily Wire, The Blaze, Gateway Pundit, and WorldNet Daily (WND). For Breitbart, the stories targeted were ones involving climate change, as well as the Clinton Uranium One scandal. Anything involving the Uranium One scandal was labelled by Snopes as “unproven.” 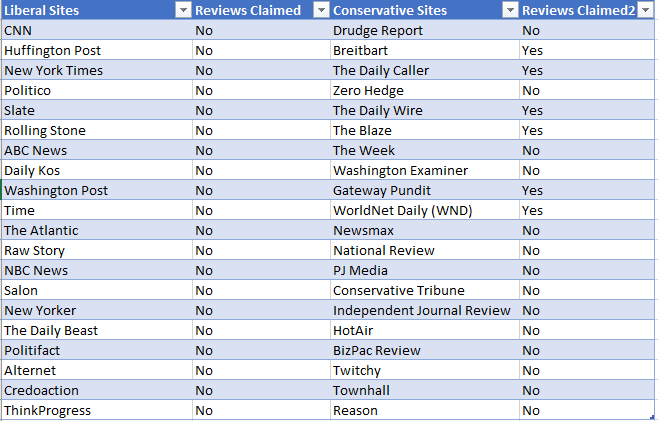 The Daily Caller was given the Snopes treatment for it’s stories on climate change and immigration. For whatever reason, a Snopes article about Iceland’s elimination of Down syndrome through abortion was also given under the Daily Caller’s “reviewed claims,” even though the article itself does not address the Daily Caller, but rather, CBS News.

The Daily Wire was targeted on several articles, most of which Snopes called “mostly false,” “outdated,” and “mixture,” as opposed to simply “false.” Not surprisingly, the headlines for these pieces also addressed climate change, Confederate statues, and ISIS calling for the assassination of Barron Trump.

The Blaze received the one and only True rating from Snopes in their “reviewed claims” section, but only after several articles were labeled as “misleading,” “half true” and “three Pinnochios” (which is hardly a professional rating for Google to endorse). 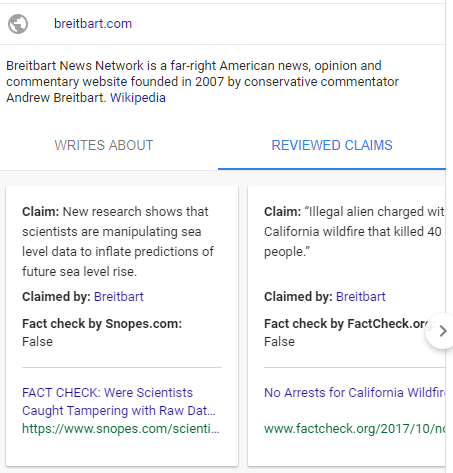 The Gateway Pundit and WorldNet Daily (WND) were given all bad reviews, including a WND piece that was bizarrely slammed as “mostly false” by Snopes because Canada allegedly did not legalize oral sex with animals, only penetrative sex.

In comparison, sites like Alternet, which promoted Amanda Marcotte saying that the right targets nerd culture, are left unscathed. The Atlantic, which was given a Snopes fact check recently for hinting that President Trump called Pence’s pets “low class,” did not have a “reviewed claim” bar like The Daily Wire and the Daily Caller. The Washington Post’s bogus claims, fact checked by Snopes, were not showcased on Google Chrome alongside the outlet’s awards. Even though the Post was criticized for saying that a Vermont power grid was targeted by Russian hackers, a Google Chrome search revealed that the Post’s awards were more important than its errors. 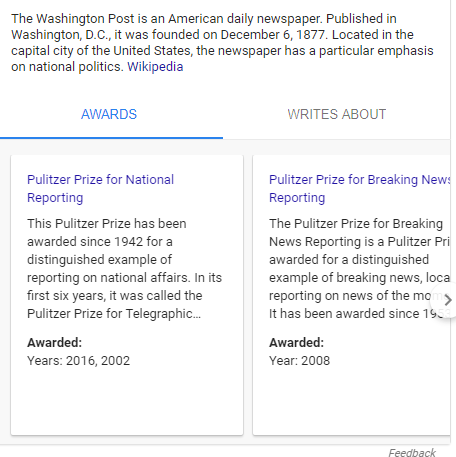