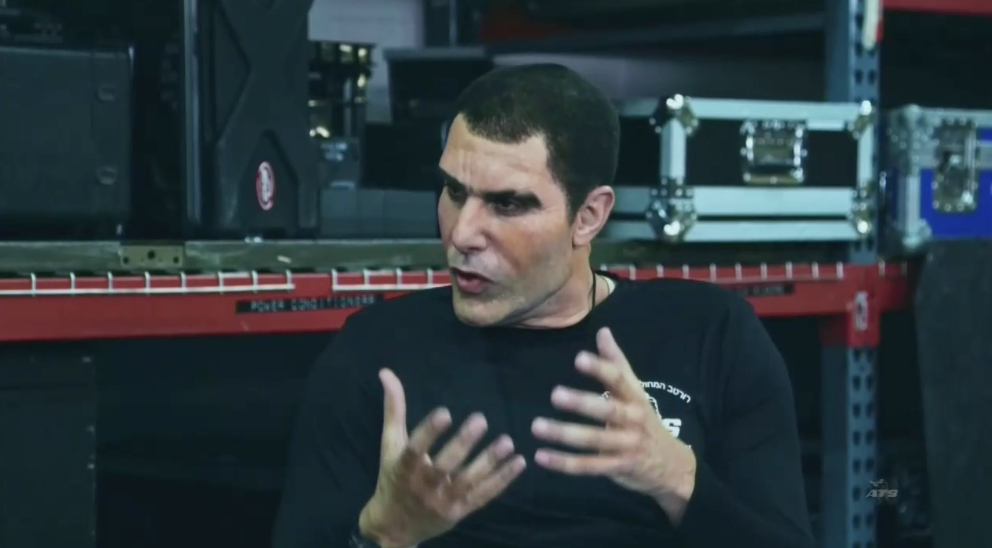 Showtime claims that its new series Who is America? “explores the diverse individuals who populate our unique nation.” However, Sunday night’s premiere episode makes it clear what the show is actually about—ridiculing conservatives.

In the premiere, comedian Sacha Baron Cohen dresses up as four different characters, complete with heavy make-up, costumes, and accents. Three out of the four segments mock conservatives through humiliation, the cheapest form of humor.

Cohen's character that takes up the majority of the episode (10 out of 30 minutes) is Israeli anti-terrorist expert "Erran Morad," who advocates arming toddlers in order to solve America’s problem of school shootings. Through a series of interviews, he has four Republican congressmen, Gun Owners of America’s Executive Director Emeritus Larry Pratt, and President of the Virginia Citizens Defense League Philip Van Cleave voice their support of the “kinder-guardians” program, which advocates training kids as young as four years-old to use guns and other weapons. Only one Republican congressman, Matt Gaetz (R-FL) expresses skepticism at the proposal.

Not only does Cohen ridicule them through their support of his fake, absurd program, but he has Pratt, a seventy-five year-old man, read fake facts proving the scientific evidence behind the program that includes misused pop culture references in order to further humiliate the group.

Joe Walsh: The intensive three-week kinder-guardian course introduces specially selected children from 12 to four years old to pistols, rifles, semi-automatics, and a rudimentary knowledge of mortars. In less than a month, less than a month, a first grader can become a first grenader.

Larry Pratt: Toddlers are pure, uncorrupted by fake news or homosexuality. They don't worry if it's politically correct to shoot a mentally deranged gunman. They'll just do it. The science behind this program is proven. At age four, a child processes images 80% faster than an adult, meaning that, essentially, like owls, they can see in slow-motion. Children under five also have elevated levels of the pheromone Blink-182, produced by the part of the liver known as the Rita Ora. This allows nerve reflexes to travel along the Cardi B neural pathway, to the Wiz Khalifa, 40% faster, saving time and saving lives.

Walsh: When it comes to the safety of our children...

Pratt: The way to stop bad guy with a gun...

Lott: Is a good kid with a gun.

Pratt: A good kid with a gun.

Walsh: A good child with a gun. Happy shooting, kids.

It’s easy to make anyone look ridiculous, especially using Cohen's deceptive tactics. If Cohen was truly so brave, he would employ the same tactics against the left and present it evenhandedly. But of course, it’s only the right that has its crazies, not the left.

For instance, his interview with Senator Bernie Sanders looks nothing like the humiliating interviews with the Republicans. Instead of, say, disguising himself as a die-hard socialist to see how kooky Sanders’ beliefs really are, Cohen simply pokes fun at his own character—an anti-Obamacare fool named Billy Wayne Ruddick, Jr.

Although Cohen does portray one character that is supposed to be a stereotype of a liberal, what’s ridiculed is the extreme stereotype itself rather than any real liberal people or beliefs. In fact, it’s the poor couple (Trump supporters, of course) that is really humiliated in the end for putting up with Cohen's character so politely for so long.

Viewers should ask themselves if Cohen is willing to dedicate the same time, effort, and comedic effort that he uses embarrassing Republicans, to embarrassing Democrats. If it’s so funny mocking Republicans, I can’t wait to see his next segment mocking a bunch of Democrat congressmen! But don’t hold your breath.