Showtime’s Billions continues its vendetta against Attorney General Jeff Sessions by characterizing its Jeff-Sessions parody character, Attorney General Waylon “Jock” Jeffcoat (Clancy Brown), as a man who “recognizes no legal or moral authority, no justice but his own” and deserves “assassination.”

In Sunday night’s episode, “Kompenso,” a suspicious Jeffcoat demands that the FBI perform a “hard-target search of every e-mail, text message, and online footprint” of its employees in order to determine “who’s trustworthy and who needs to be purged.”

Jeffcoat: That thing was like cleaning out intestines before you eat 'em, a giant fucking waste of time. But I'm here to speak of something more concerning. It has come to my attention that there are men and probably women, within the Federal b-I, perhaps even within this very office, who are undermining our sacred purpose.

Director Lynch: Which is...

Jeffcoat: I don't know if it's some Deep State bullshit, or just some vigilantes who think they know better, leaking to the press, and causing Lord knows what other ruckus.

Director Lynch: I will keep a lookout for what the Lord knows.

Jeffcoat: The Lord knows all, madam. Took care of that for you. As for the rest, I want a hard-target search of every e-mail, text message, and online footprint so we know who's trustworthy and who needs to be purged.

Director Lynch: I'm just not sure it's strictly legal for us to undertake this ourselves, or if it's too gray of an area. Maybe it would be best to have a court order first—

Connerty: We can do it. And if you want to stay out of the deep gray, Director Lynch, I can lead the review myself. You know, chart a-- a whiter shade of pale.

Jeffcoat: Impressive. All too often I am told of obstacles and regulations when what I really wanna hear is "Sí, se puede." 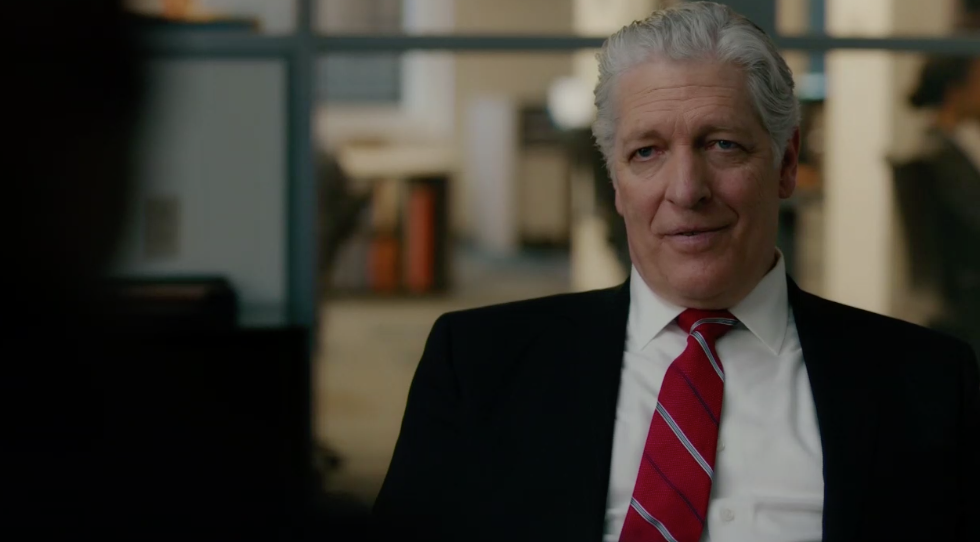 In last week’s episode, “Redemption,” U.S. Attorney Chuck Rhoades (Paul Giamatti) sought out any incriminating allegations on Jeffcoat that could lead to his removal from office. He learns that Jeffcoat is hiding how much money he’s worth, since he attained his great wealth through unlawful means and then covered it up through charitable donations to his church.

Unfortunately for Chuck, the witness who provided him with this information is unreliable, meaning the testimony won’t hold up in court. Tonight, Chuck comes up with a new plan—let Jeffcoat find out about the case, and then bait him into obstructing justice. Chuck will then use the obstruction of justice charges to remove Jeffcoat from office.

Fortunately, for those of us who are interested in TV shows that refrain from ridiculing half of the country, there's only one episode left in this season of Billions. Unfortunately, it has been renewed for a fourth season.