It continues to be very clear that CBS’s The Good Fight can only be enjoyed by liberals. The constant Trump-bashing is one thing, but the show delights in portraying Republicans as evil idiots while Democrats are portrayed as America’s reasonable saviors.

Sunday’s episode, “Day 464,” focuses on the allegations in the Steele Dossier that Trump acquired the services of prostitutes in a Ritz-Carletn Moscow hotel room.

Diane Lockhart (Christine Baranski) receives proof of the unproven golden-showers incident through a USB flash drive labeled “P.P.” When the partners plug the flash drive into the computer to watch, a gold glow shines on their faces. Once they confirm that the tape is in fact real, Democratic National Committee consultant Ruth Eastman (Margo Martindale), who hired the firm to help impeach Trump, hides a copy of the flash drive in an envelope labeled, “Open October 2020,” evidently to be revealed right before the next presidential election.

Russian woman Dominika first seeks the help of Diane in order to avoid an unjust deportation, claiming to be “one of the women who was taped with Donald Trump at the Moscow Ritz.” At first, the firm is skeptical, suspecting she is a plant from James O’Keefe’s Project Veritas, “like the Washington Post.” Diane adds, “They want a video of African American lawyers jumping at the golden shower tape.”

Dominika explains that she met Trump at a Miss Universe after-party, before her and another woman engaged in salacious acts with President Trump in a hotel suite. She adds, “Then Trump, he peed on us.” 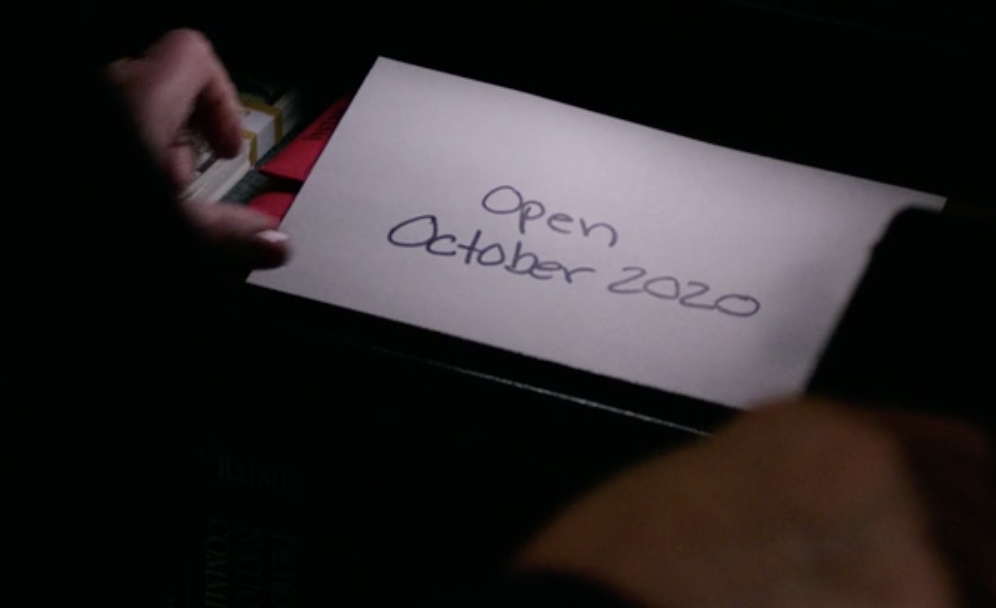 Interestingly, The Good Fight is utilizing the Trump impeachment strategies it devised two episodes ago—throw wildly false accusations at the president until one sticks.

After some investigation, however, the team comes to the conclusion that Dominika is telling the truth. Still skeptical, Ruth warns that helping the woman will only hurt the Democrats: “Stories will be about how desperate the Democrats are…becoming the dirt mongers…Tony Perkins will give Trump another mulligan. Jerry Falwell Jr. will blame the media.”

Partner Adrian Boseman (Delroy Lindo) argues back, “This is about the Republicans—the Russians—using this tape for blackmail.” Ruth explains that although that explanation “sounds good,” “we all know its bullshit. It’s about embarrassing the President.”

An interesting oversight by The Good Fight writers is that Ruth’s office contains a photo of President John F. Kennedy, a president who had multiple affairs, including some while he held political office. Yet she’s giddy to use the golden shower tape to impeach Trump.

Later, Diane talks about how the worth of a man can be measured by looking at his foes, stating, “I look at our foe, and I wonder how people will measure us.” She then calls the president an idiot and compares the alleged salacious events to Watergate: “We’re hoping that a golden shower tape brings down an idiot. Not exactly Woodward and Bernstein.”

Toward the end of the episode, Diane laments, “I can’t take 3 more years of this.” Well Diane, neither can the people trying to watch TV without having an agenda shoved down their throats.