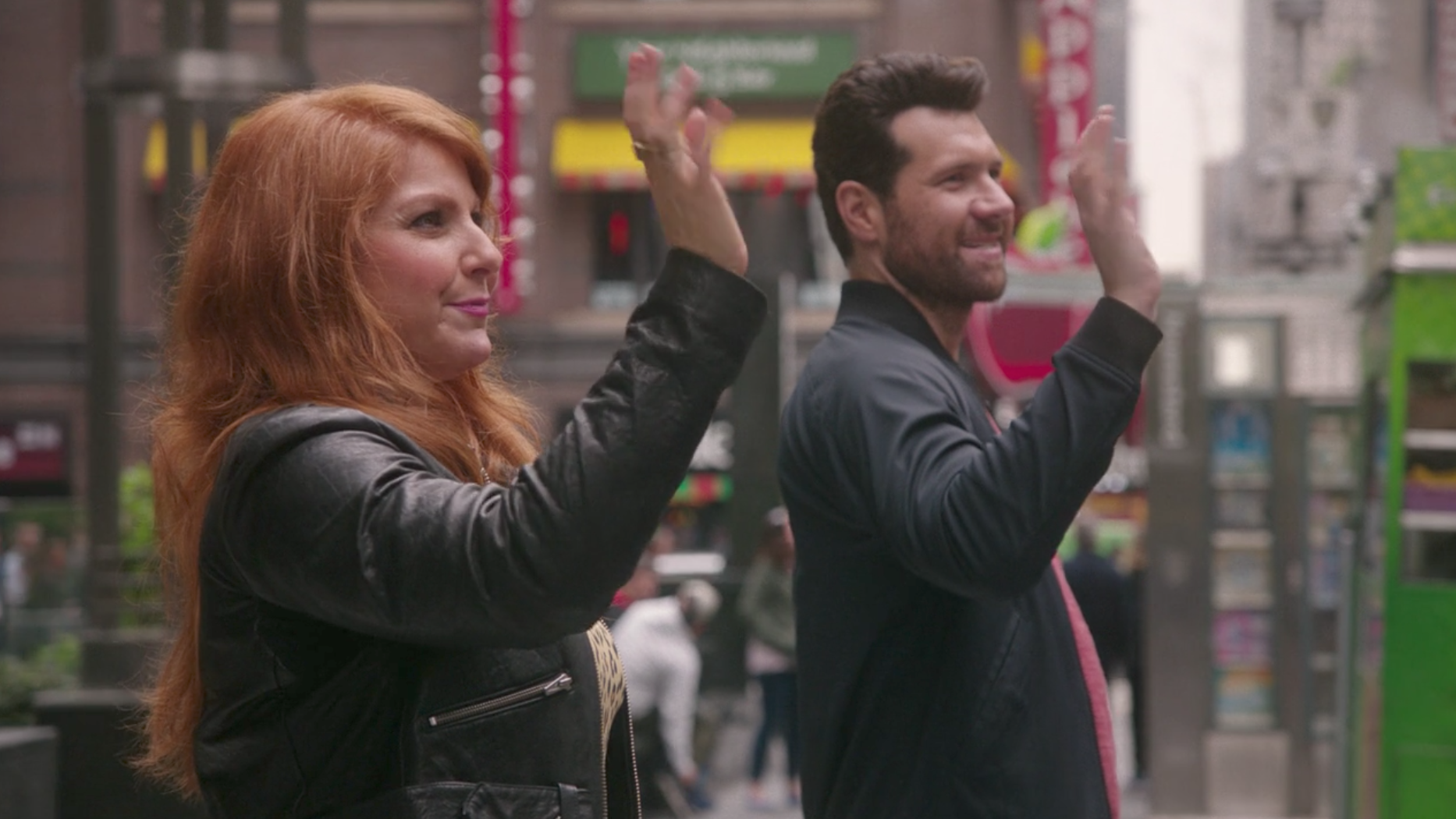 Bitter over their lack of decent jobs, Julie and Billy go from complaining about their lives to complaining about Trump voters. After performing a skit for a New York City tour bus, they act as if all the tourists are “fucking Trump voters” and swear at them. Showing how liberals like to caricature all Trump supporters, the two call them “homeschoolers” and even make a jab at Sarah Palin.

Julie: Gonna fucking blow my brains out when I get home.

Later, Billy explains how he was going to extract revenge on someone: “I was going to plant this KKK robe and this Trump-Pence sticker in your office so that your co-workers think you’re a racist piece of shit and you get fired.” Luckily, the two are able to bond over their hatred of President Trump instead. They become fast friends/lovers after Billy learns the other guy was going to do the exact same thing to him.

The election of President Trump has had the bizarre effect of making many liberal writers forget about the politics that underlie every democratic election. They do not care that 63 million Americans preferred the policies that Trump supported to the ones offered by Hillary Clinton. Instead these writers decide that the Americans who voted Republican were dumb, evil, or both. The writers’ choice to have the lead characters launch into an expletive filled tirade aimed at those who voted for President Trump and then equate him with the KKK transcends political bias and reveals the writers’ own deliberate ignorance and hate.