Des: This is our first injection. It's not quite how I pictured it. What are you doing?

Charlie: It's her favorite song.

Charlie: You ready to do this or what? I love you, Mom. I want it to be peaceful.

Mary: It will be. Like slipping into a dream at the end of a long day.

For Lifetime to glorify the premature ending of someone’s life is disgusting, and to thrust a 15-year-old boy prepping his mother into the mix is even worse. Earlier, when one of Mary’s nurse accomplices is asked if Charlie understands his mom’s desire, the nurse replies, “He supports his mother's decision wholeheartedly. He's a great kid.” 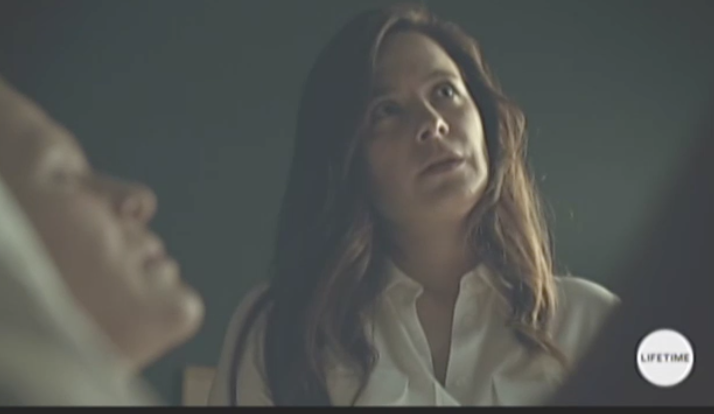 The show, which loves to fit in as many liberal talking points as it can in an episode, manages to take a jab at gun ownership. After Charlie accidently shoots Des and apologizes, Des remarks, “There's probably a lesson about guns embedded in all of this, eh, Charlie?” If the lesson is that people should properly learn how to handle guns, then you’re right Des! Thanks for promoting that message! Charlie even responds, “My mom got the gun after my dad left, said it made her feel safer at night.” At least the show somewhat acknowledges that this is a valid reason for owning a gun.

For being so anti-gun, it’s interesting that the liberal media is so obsessed with killing the unborn and the terminally ill.