MEDIA FIGHT! ESPN Analyst Gets Attacked by Lib Media for Pointing Out Media is Liberal.

ESPN’s college football analyst Danny Kanell broke omerta at the four-letter network on Tuesday and called out the liberal media, most ably represented by The New York Times.

No, I’m serious. He literally called them the liberal media.

Responding to the latest in a long and silly list of attacks on America’s game, this one in which the Times literally calls for football to be made illegal for all kids under the age of 18, Kanell took to twitter and did the unthinkable and the awesome:

So there you have it. An ESPN personality actually referred to the “liberal media.” I know, Jesus will be arriving shortly. But, that wasn’t all. After Kanell’s foray into extreme journalistic bravery, he was beset upon by all sides. 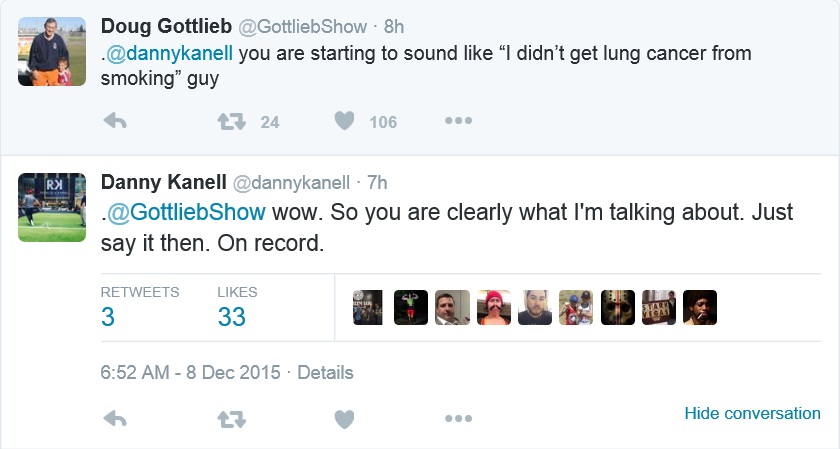 But none too many, here’s The Nation’s Dave Zirin waxing silly at Kanell: 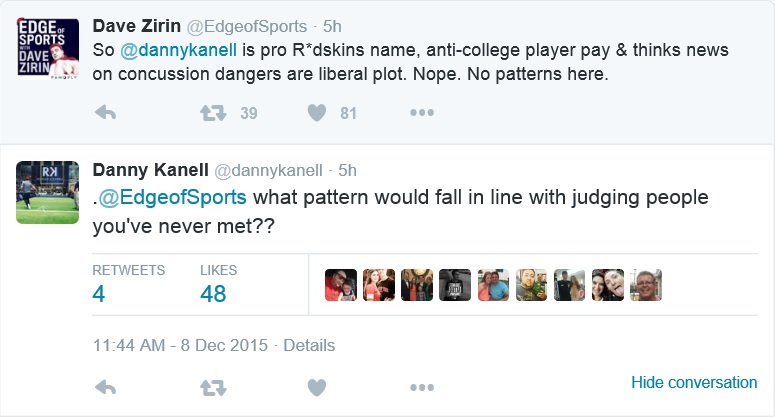 Next up to throw himself on Kanell’s truth bomb was SI’s Doug Farrar: 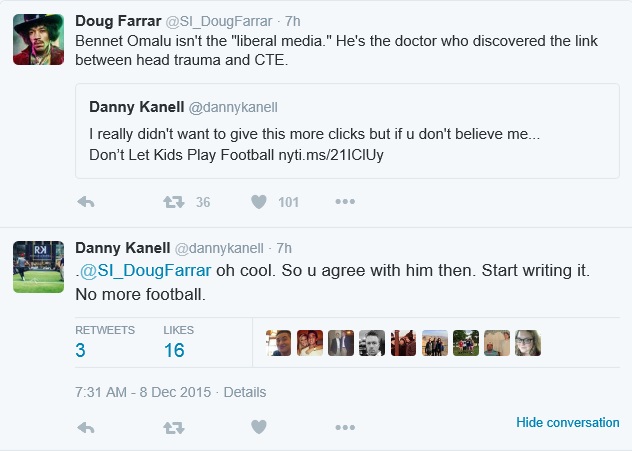 Have to love Kanell’s challenge to Farrar, essentially saying, “if you think it’s killing people, stop writing it.” Which is of course the perfect challenge to make, given that Farrar and others make their living in a sports world that revolves around football.

But Kanell and McIntyre could not be more spot on about this. The New York Times has been nearly canine in its uncritical zeal to destroy football, at one point writing four articles for every one documented case of the degenerative brain disease. Not to mention the spewing of outright lies, like Frank Bruni’s claim that football players commit suicide at six times the national average.

What also can’t be ignored is the courage of Kanell and McIntyre to speak out like this. Especially in Kanell’s case, as a member of ESPN, which is the only news organization that rivals The New York Times in concussion fear-mongering.