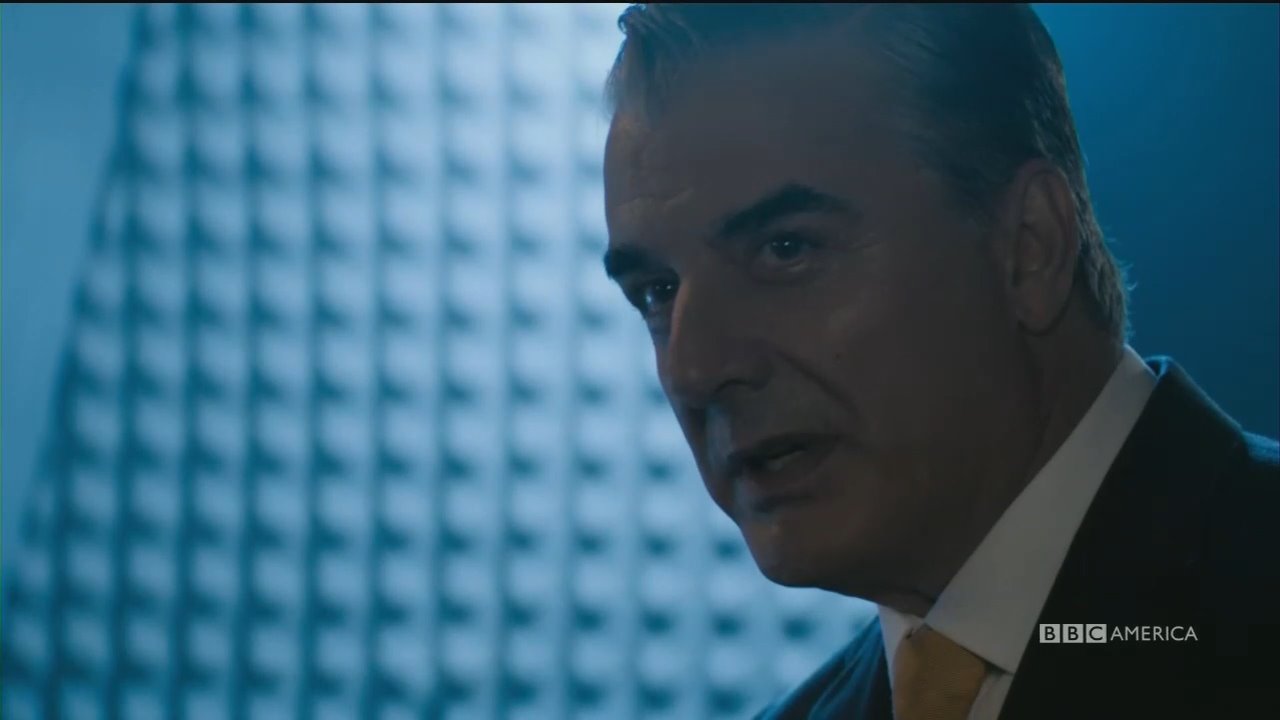 Sunday night’s episode of Doctor Who started off with one of those bizarre scif-fi storylines that make fans love the show so much--but that didn’t keep their ever-growing obnoxious liberal agenda away.

When the Doctor returns with companions back home to the UK, they discover giant spiders have infested their city. Great villain persona, right? Well, apparently the spiders weren’t actually the villains - but who could make a more perfect villain? Well, for the Brits, of course, it’s the greedy American capitalist.

Jack Robertson (Chris Noth) is an American who works for a huge hotel chain, who many have already interpreted to be a Trump-like figure. He is full of himself, quite blunt, and has no problem firing people. Oh--and he also wants to run for President in 2020.

Jack: Nobody talk until you tell me what you're all doing here! Spiders? Plural?

The Doctor: Very plural. Sorry. I don't know who you are.

Jack: Oh, well, really? Well, 'cause you must be the only person on the planet that doesn't.

The Doctor: Are you Ed Sheeran? Is he Ed Sheeran? Everyone talks about Ed Sheeran round about now, don't they?

Jack: I am not Ed Sheeran. I am Jack Robertson, and this is my hotel. Just one hotel in an incredibly successful chain of hotels, which is just one small part of my business portfolio, as featured in Fortune Global 500. Does that ring a bell?

The Doctor: Should I look impressed right now? Is that impressive?

Graham: No, him! Robertson!

Jack: I haven't declared my intentions yet, but, look, we're talking about spiders.

Jack: I am not a politician. I'm a businessman, and I know how to run things.

Jade: I've heard you're only running 'cause you've hated Trump for decades.

As the plot unfolds, we find out that the spiders have mutated thanks to toxic waste from the uncaring hotel owner who refuses to take responsibility for the “mistakes” of his employees. It turns out Jack's hotel was ”carelessly” built on top of a toxic landfill where spiders from lab experiments were dumped. After being discarded, they fed on the waste and mutated. Jack’s solution is to shoot them… but as we know, the Doctor won’t let that fly.

Jack: My lockdown palace. I have one in every hotel, just in case it's needed. Not finished yet, but still...

Ryan: What's in the boxes?

Jack: Food, water, entertainment system... a book. I could survive in here for six months if I needed to. And I've got a huge stash of weapons, enough for all of us, enough for two guns apiece.

The Doctor: No, I'm not. You are not shooting those creatures.

The Doctor: Caused by you.

Jack: Your carcasses, lady -- not mine.

The Doctor: Whatever happened, there are living, breathing organisms out there, and we treat them with dignity. So, here's what we're going to do --

The Doctor: We're not going to shoot them!

Jack: What's wrong with you people? What is wrong with this country? Why don't you do what normal people do? Get a gun, shoot things, like a civilized person!

So, the take away from this episode is that Americans are greedy capitalists who just want to shoot everything. No wonder we’re so awful… that must be why caravans want to immigrate to Britain and not America. Oh wait.