The August 27 episode of Insecure on HBO didn't disappoint, if you're into social justice fashion choices and graphic depictions of bodily fluids. If you aren't looking for that to be part of your Sunday night viewing, the episode "Hella Blows" was hella disappointing. 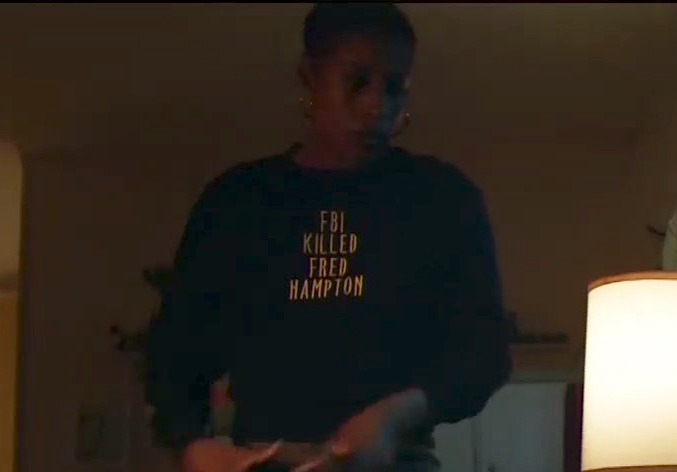 Early in the episode, main character Issa (Issa Rae) is wearing a t-shirt that reads "FBI KILLED FRED HAMPTON." For those unfamiliar with the case, Hampton was chairman of the Illinois chapter of the Black Panther Party in the 1960s and, in 1969, was killed during a law enforcement raid on his apartment.

The shirt was never mentioned by any of the characters but, clearly, it was important to the show that Hampton be remembered by all watching. Gone are the days when we can just watch a television show for enjoyment. In 2017, even the characters' t-shirts have to have a deeper, more important message.

However, what was completely unnecessary was the introduction of certain bodily fluids into the episode. After Issa and her friends attend an oral sex workshop, she decides to test out her new skills on Daniel (Y'Lan Noel), one of the men she's seeing and viewers are subjected to a graphic depiction of oral sex and almost complete male nudity (except for the essential bits which she is covering). Apparently, that wasn't graphic enough as they then crossed a line that even HBO rarely crosses when they showed the man ejaculating into her eye.

How rarely is this line crossed? In 2013, an episode of HBO's Girls depicted semen and, as of then, it has only been seen in non-pornographic American television shows twice before (once on Sex an the City and once on Californication). As we are quickly running out of taboos to break, however, one can make the unfortunate assumption we will be seeing such depictions more and more in the future.

As the episode ended, Issa had her eye covered as she got into an Uber carpool, horrified and demeaned by what Daniel had done. Equally horrified that this is being shown on television, I wanted to cover my own eyes, too.