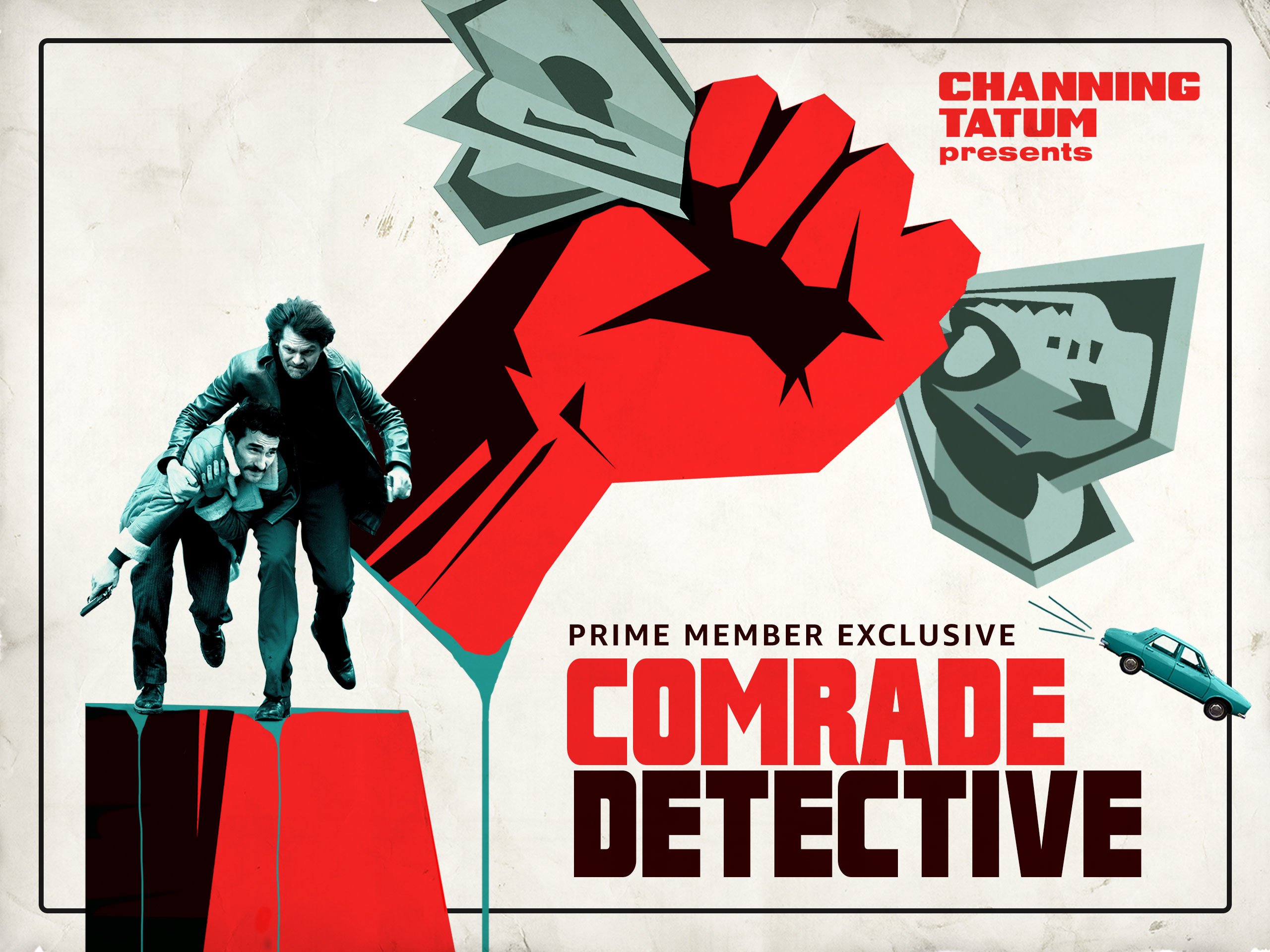 I spent much of my Friday binge-watching Comrade Detective, a show that resists genre, but is perfect in its oddity. Released on August 3, Amazon bills the show as a Romanian detective show from the 1980s that was actually thinly disguised anti-capitalist propaganda. They then brought in such talent as Channing Tatum and Joseph Gordon-Levitt to dub over the original Romanian dialogue. In reality, this is a new show created to make fun of these old propaganda pieces, and mocks their love of communism and fear of the capitalist west. Yes, it was filmed in Romania with Romanian actors, but specifically for this concept. It's weird, and it completely works.

This scene towards the beginning of the first episode is when I realized that this show and I were going to get along just fine. Nikita Ionescu (voiced by Beck Bennett) and Gregor Anghel (voiced by Channing Tatum) are discussing Gregor's love life.

Gregor Anghel: “I mean, it was great until she asked me to stop seeing other girls.”

Nikita: “She's got a point, Gregor. Yeah, we're a communist state, but you don't have to personally service everybody.”

Nikita: “I don't think that's what he meant.”

Gregor: “No. that's exactly what he meant.”

Nikita: “Not what he meant.”

Gregor: “It's totally what he meant.”

There are so many great not-so-subtle digs at communism and its tenets. Here were a few of my favorites:

1. Gregor is called to Nikita's building to investigate a break-in:

Nikita's neighbor: “I think there's been an intruder!”

Gregor: “I'm sure it's nothing ma'am. It's just a neighbor's misguided attempt at redistrubituing Nikita's wealth. Don't worry, go back to bed.”

2. Gregor is checking an unconscious criminal for fingerprints in a dilapidated hospital:

Doctor: "Like I told you before, detective, as soon as the patient has recovered, we will gladly hand him over to the police but, right now, he needs some rest, ok?"

Gregor: "And if he doesn't recover? Hmm? We never get a chance to talk to him and then my partner's killer goes free."

3. Joseph's (another police detective, played by Joseph Gordon-Levitt) little girl describing why she likes Bucharest more than the countryside:

Flavia: "I think it's amazing. There's so much to do! Theatre, museums, concerts, the hospitals."

Like any good propaganda, they not only support what they love, but mock what they don't- America and the West. It's so over the top, it's hilarious. A couple of times, they sound almost like today's social justice warriors but, in such a show as this, one has to take it as satire.

First, check out their reaction to Joseph's daughter bringing home a pair of contraband Jordache jeans.

1. Joseph paints a grim picture of his uncle's life in America:

Joseph: “I have an Uncle, Pavel, who was seduced by the west. He fled to America. Needless to say, things did not end well. He was forced to start his own business just to survive. He opened a car wash.”

Joseph: “Yeah, Americans are so lazy they can't be bothered to wash their own cars.”

Joseph: “Yeah, they exploit the poor to do it for them. And, soon, one car wash wasn't enough. He opened another. And another. How can a man be a husband and a father when he only thinks about work and money? His marriage fell apart. His children turned to drugs. He's a shell of the man he was. Tragic.”

Gregor: "Do you miss the United States?"

Jane: "I do. I mean, I don't miss the poverty or the crime or the racial inequality. I certainly don't miss AIDS. Everyone in the US seems to have AIDS, but America is still the greatest country in the world. It's true. I mean, Romania has some nice things, too. Like, the literacy rate is amazing. Everyone is so good-looking and has such a youthful spirit but I miss my home. I miss my country."

3. The detectives have strong feelings about working with the Americans:

Gregor: "Look, they may have done all those things, but right now, it's our only move."

To provide more examples would be to give away too many jokes or to give away plot spoilers, and this show is too good to spoil. It's rare that a show with so many political jokes can be enjoyed by conservatives, but this one delivers. Taking on communism is something we can all get behind (for now).