The Horror! VICE Bemoans ‘Imagery That Associates Abortions With Baby-Killing’ 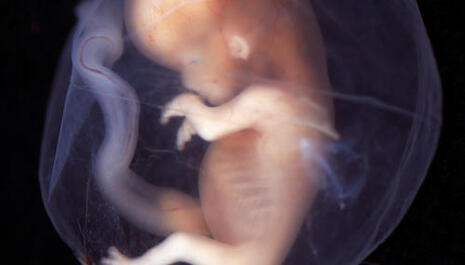 Ever since Swedish photographer Lennart Nilsson produced some of the first images of pre-born babies published in Life magazine more than 60 years ago, the pro-abortion left has been annoyed at the medical and technological advances that have given us a window into the womb. The big surprise is that now they’re saying the quiet part out loud.

Case in point, an article by Amarens Eggeraat posted on the English version of VICE on December 14 bemoaning the power of images of unborn babies. The article originally appeared on VICE Netherlands, which is no surprise. The Netherlands is infamous for its callous disregard for human life, especially for being on the forefront of the euthanasia movement.

The article started off complaining that when looking up stock images under the word “abortion” one often finds pictures of “foetuses, usually near-fully developed, with a human face.” This is a problem, according to VICE, because “Besides being morally loaded, the visual association between these tiny babies and abortion is also scientifically incorrect, since the vast majority of procedures are carried before 13 weeks.” Scientifically, a fetus is defined as the stage of human development at the end of the eighth week after conception until birth and visually it looks like the tiny human it is that entire time, not the blob of tissue pro-aborts want you to envision.

VICE seems to wish we could go back to the Dark Ages before we knew about the humanity inside the womb. Scientific and medical advancements in sonogram technology the past several decades are paradoxically seen as a setback for women because “the ultrasound changed prenatal care (and motherhood) forever.”

Before ultrasounds, “only mothers could really know how the pregnancy was developing – they’d be the first to feel the signs of life, or if something wasn’t right.” But after, VICE complained, “since these new exams could only be interpreted by specialists, medical personnel became responsible for directly monitoring the foetus’ well-being, while the mother’s role drifted into the background.” Only in the twisted mind of a pro-abort could technology that improves the viability chances of a pre-born baby be considered a bad thing.

Science isn’t fair, I guess: “feminist movements across the world are going up against imagery that associates abortions with baby-killing” and because of this, “the procedure is still often associated with shame and tragedy.” Gee, so sorry that images of unborn babies associate abortion with what it literally is – baby-killing.

Scientifically accurate photos and depictions of human life before birth put the lie to so-called “pro-choice” advocates’ claims that unborn babies are nothing more than a clump of cells and all they can do is whine and complain. This, from the crowd that proudly declares, “Science is real,” with no sense of the irony.