Tuesday, March 10, was declared “National Abortion Provider Appreciation Day” by pro-abortion activists and they were out in force on social media. In some areas, #CelebrateAbortionProviders trended on Twitter, a sad testament to the power of the culture of death in America. Here’s a sample of the tweets from pro-aborts celebrating abortionists.

Planned Parenthood explained the reason for the day while calling abortionists "heroes." 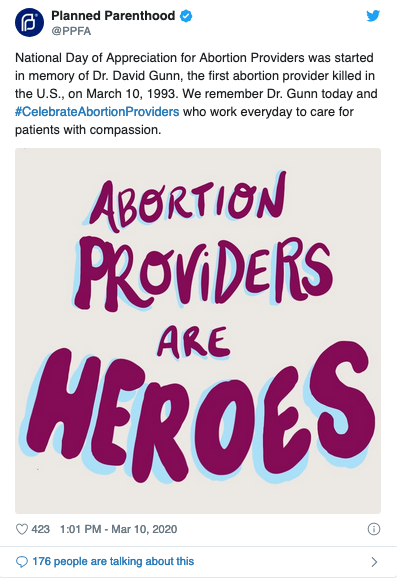 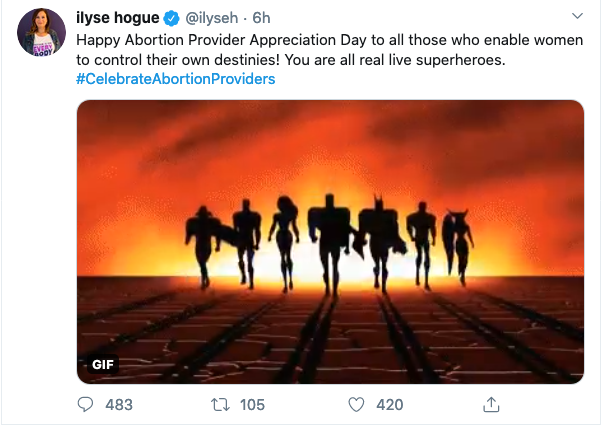 Fancying these monsters as heroes and superheroes was a common theme for the day. 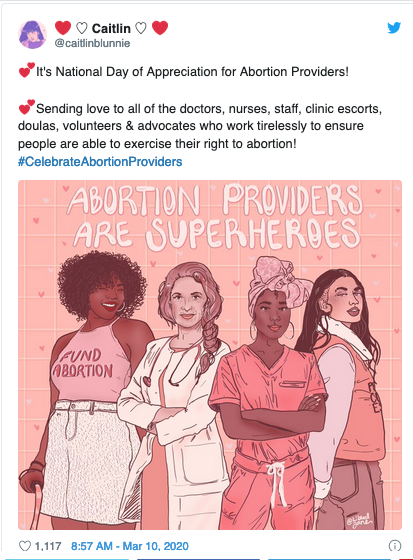 Abortionists have more in common with supervillain Thanos for casually making millions of people disappear from the earth than they do superheroes. 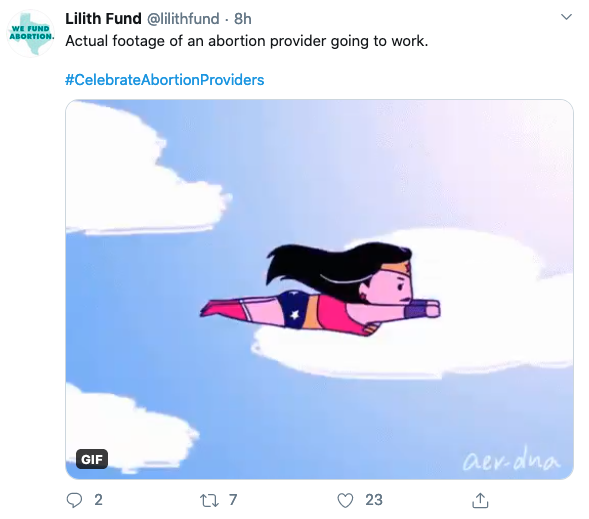 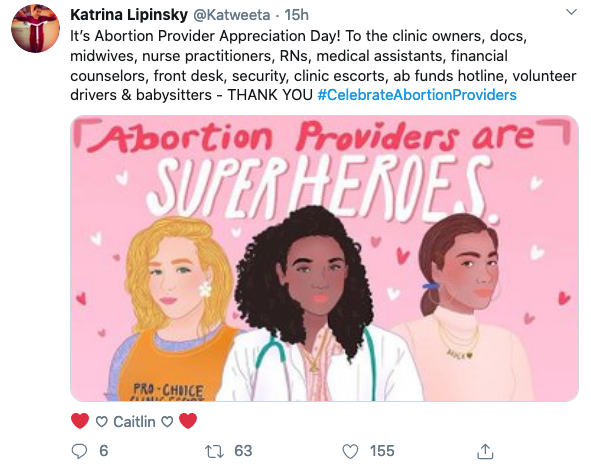 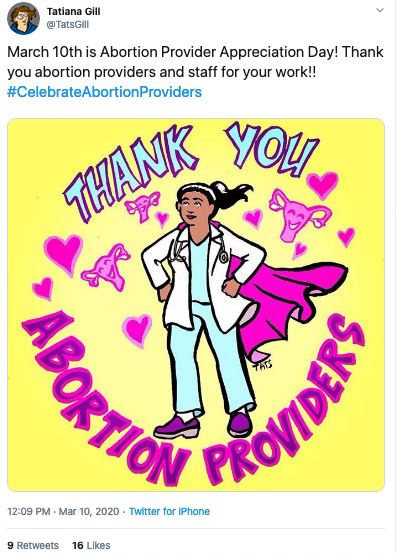 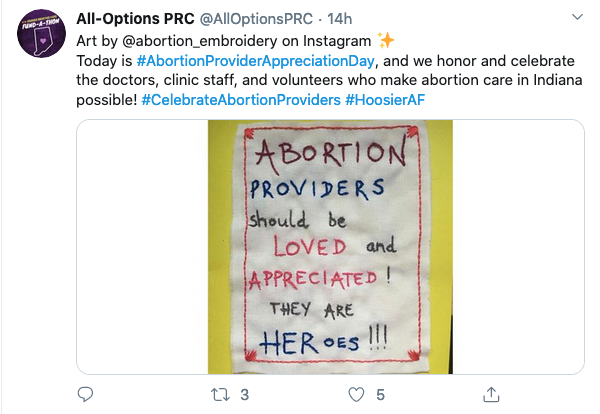 This video from Abortion Access Front (formerly known as the Lady Parts Justice League) destroys the Backstreet Boys' classic song "I Want It That Way" by perverting the lyrics to celebrate baby killers, with lyrics like, "You are true heroes, you all wear halos" and changing the chorus to "We love you [abortionists] always." 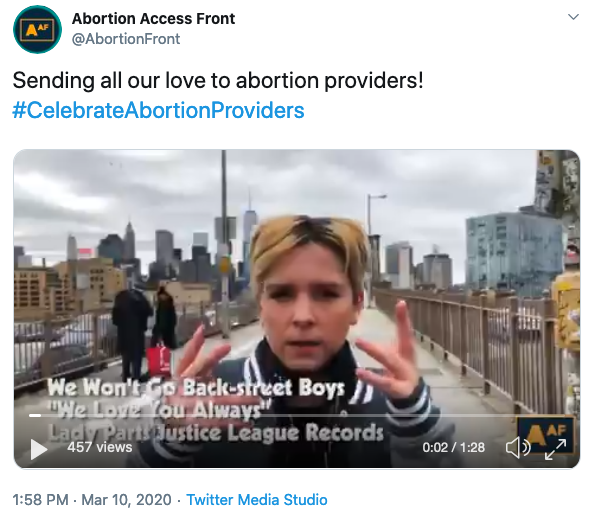 The National Abortion Federation wants everyone to understand the "kindness of their work" in dismembering babies. 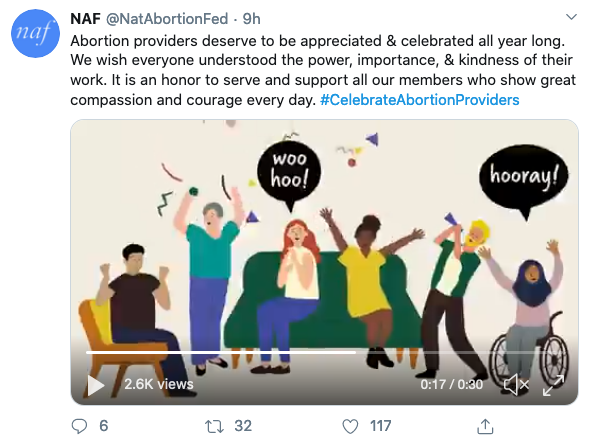 Americans United somehow thinks abortion is a religious freedom issue for the pro-abortion side. 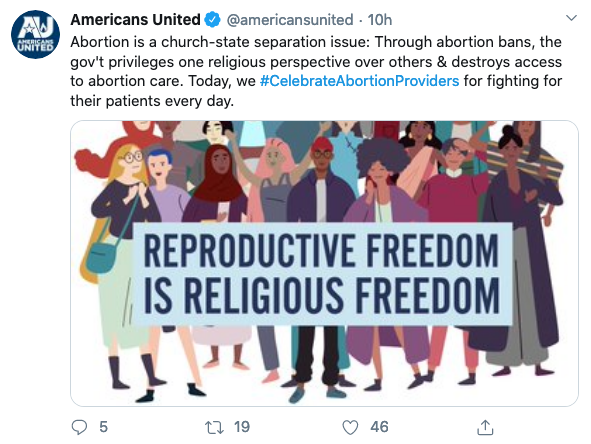 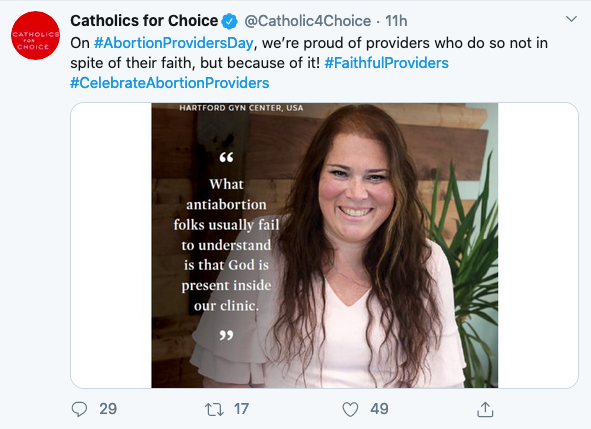 Celebrating abortionists day is just another sad chance for some really sick people to signal their evil publicly. In the spirit of the last tweet, let's pray for their souls and those of the babies they've killed.