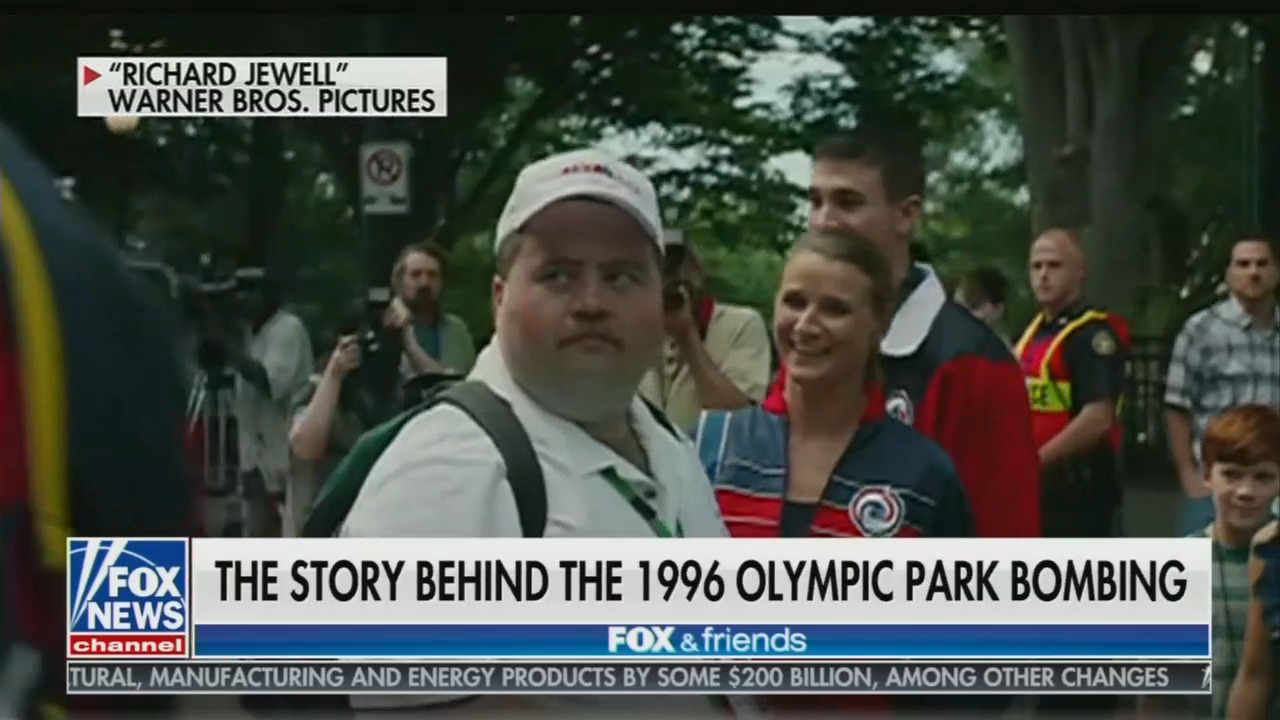 If I had a dollar for every time a critic championed a progressive show or movie for being “timely,” I’d be rich. But now that a film is timely in favor of the right, suddenly this is an abomination.

In a Saturday column published in Variety, Owen Gleiberman complained about director Clint “Eastwood’s way of spinning our attitude toward the media” in his latest movie that was released on Friday. Richard Jewell is about the security guard unjustly accused of the 1996 Atlanta Olympics bombing.

“Clint Eastwood has made a number of conventional, level-headed — one might even say liberal — political dramas… But ‘Richard Jewell’ isn’t one of those. It’s a movie by Clint the chair ranter,” he groused, bringing up Eastwood’s famous 2012 RNC speech.

Gleiberman first condemned the film for the “lie” that “Kathy Scruggs, the Atlanta Journal-Constitution reporter played by Olivia Wilde, slept with her source.” He said,

Billy Ray, the screenwriter of “Richard Jewell,” and Warner Bros., the studio distributing it, have defended the movie by taking a page from the current political moment. They’ve doubled down on their misrepresentation, attacking their accusers without addressing, in any detail, the falsehood that they’re accused of telling.

But that’s not all! According to the Variety piece, “what’s far more disturbing about ‘Richard Jewell’ is the film’s larger implication: that in telling the Jewell saga, it’s laying out the hidden truth of how mainstream media and national law enforcement work in America.” It exposes true injustice – the horror!

For this, it couldn’t be more obvious, is why Eastwood made the film in the first place: to demonize the same forces Donald Trump is now in the business of demonizing. “Richard Jewell” is a drama that piggybacks on Trump’s demagoguery. The movie says that the mainstream media can’t be trusted, and that even the government’s top law enforcement agency will railroad you. And Jewell himself is the pudgy-soul-of-the-heartland, ordinary American white-guy yokel who gets used and abused by these corrupt institutions, with no one to look out for him. The movie treats him as a symbolic Trump supporter. Yet Eastwood, pretending to be a crusader for justice, would never come close to applying the same standard of truth and honor to the institutions that defend Donald Trump.

How dare Eastwood put out a movie that justifiably knocks the media and FBI during the Trump era! Doesn’t he know democracy itself is under attack?! People might come to the wrong conclusions!

In fact, Gleiberman thinks the film’s themes should be turned around on Trump and he and his supporters held to account:

But the chief lesson of the Jewell saga should be that rumor, innuendo, and accusation without evidence are egregious — and that what matters, more than anything, is the truth. And what I’d like to ask the Clint Eastwood who makes that statement so boldly in “Richard Jewell” is: How does he feel about Trump’s daily distortions of the truth? Trump’s lies about his own misbehavior? The baseless accusations he hurls at others? Should the Atlanta Journal-Constitution be vilified for its honest mistakes in judgment during the Jewell case, and Trump — or his chief propaganda organ, Fox News — be given a free ride? Why isn’t noble, straight-as-an-oak-tree Clint Eastwood making a movie about that?

Maybe Eastwood isn’t making a movie about that because there’s already plenty of Hollywood content attacking Fox News this year, like the movie Bombshell which is coming out soon as Oscar bait, as well as the shows The Loudest Voice on Showtime about Roger Ailes and Succession on HBO that’s based on the Murdoch family.

Fox News is the only news organization that is allowed to be attacked and, for examining the failures of the rest of the media instead, the director cannot be forgiven.

Because Eastwood, in treating what happened to Richard Jewell as a broad-brush symbol of the sins of mainstream media, is a hypocritically selective moralistic tub-thumper. There’s no denying that the FBI makes mistakes, sometimes huge ones. But Eastwood’s treatment of the Bureau is designed to feed directly into Trump’s demonization of the FBI as a Deep State conspiracy out to get him. That’s how “Richard Jewell” works as mythology. It tells one specific lie about a reporter trading sexual favors, and it uses that to tell a bigger symbolic lie: that the media and the government are in bed with each other. And that they’re too busy pandering to care about the truth. Watching “Richard Jewell,” you have to wonder: Is that really how Clint Eastwood sees the world? Or is he just projecting?

Reading his column, you have to wonder: Is that really how Owen Gleiberman sees the world? That Hollywood uses movies as propaganda to lie to the masses? Maybe he’s the one projecting.