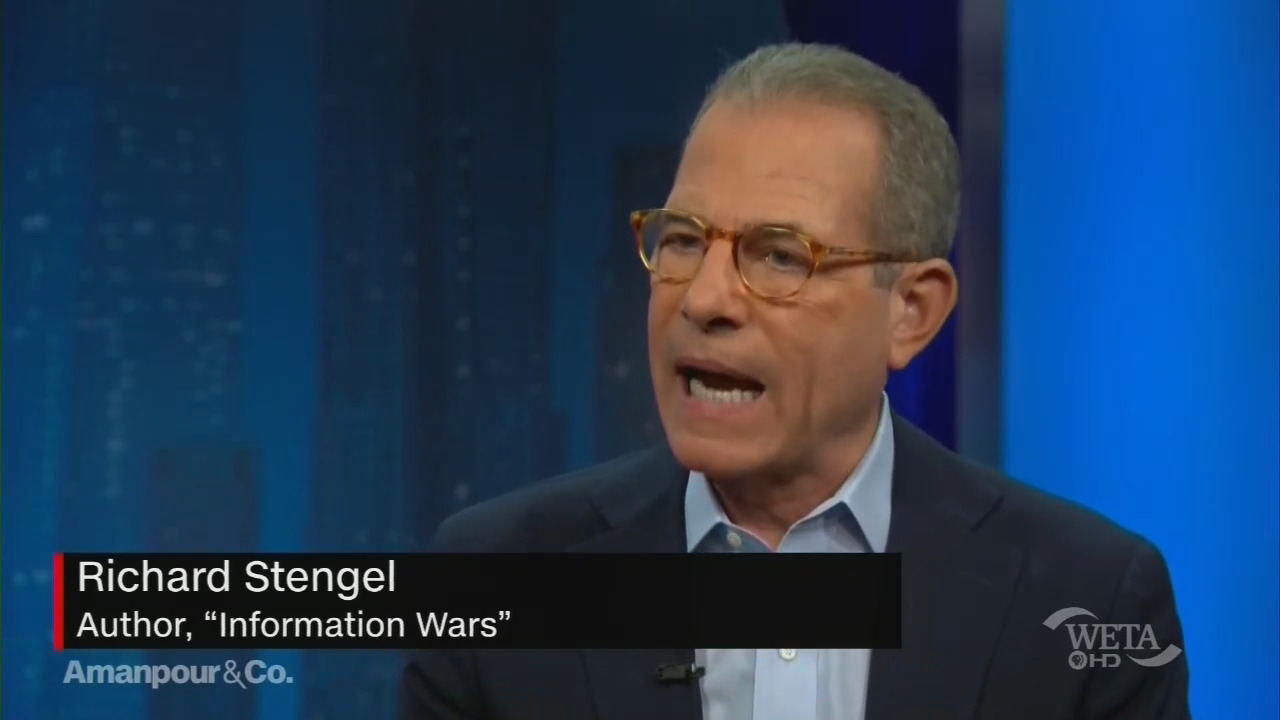 Stengel wrote he noticed in his travels that the U.S. is an "outlier" and other countries don’t have our First Amendment freedoms but, instead of thinking they should, he wants us to lower ourselves to their standards. He cited “the most sophisticated Arab diplomats” not understanding why it’s legal for someone to burn the Koran and he apparently wasn’t unable to articulate an explanation. I’d be interested to hear more of these Arab diplomats’ thoughts on our laws allowing gay marriage, abortion, and women going out in skimpy outfits.

He, of course, brought up the Russia boogeyman, as if dank memes that only a handful of people saw or retweets on social media are what turned the election, and blamed the U.S. media for repeating Putin’s lies in their reports. Little does he know, weakening our free speech laws would only make our media more Pravda-like.

I never thought I’d see the day when the same arguments for getting rid of the Second Amendment – the Founders lived in a different time, they never could have imagined the powerful, modern technology in our country today – were used to overturn the First. Stengel said: “[T]he intellectual underpinning of the First Amendment was engineered for a simpler era” and “in the age of social media, that landscape is neither level nor fair.”

He thinks because teens can’t distinguish between real stories, ads, and fake sites, we need to protect everyone from the latter two. Where does this leave comedy and sarcasm? The satirical conservative site The Babylon Bee has already been caught up in fact-checkers’ attempts to police articles numerous times. I suppose he wants to ban the tabloids in the supermarkets as well. How else are we supposed to know that Bigfoot isn’t real and Elvis isn’t still alive?

He claimed hate speech is “nearly as damaging” as violence:

It diminishes tolerance. It enables discrimination. Isn’t that, by definition, speech that undermines the values that the First Amendment was designed to protect: fairness, due process, equality before the law? Why shouldn’t the states experiment with their own version of hate speech statutes to penalize speech that deliberately insults people based on religion, race, ethnicity and sexual orientation?

Suddenly federalism and allowing states to be “laboratories of democracy” is popular on the left! But I’m not sure Hollywood would be so happy to be punished for all the hatred they espouse towards Christians. And how would this apply to historical works, like speeches by Adolf Hitler or even Louis Farrakhan?

“[W]here truth cannot drive out lies, we must add new guardrails,” Stengel proposed. But who decides what is “the truth” and who decides what counts as “guardrails?” If it’s the government, then it’s Trump’s Administration, is Stengel really ok with that? Those on the right might like that for a while, until eventually the left is back in power and erects new guardrails that stifle conservatives.

The First Amendment was never even about protecting “the truth.” In fact, it’s about protecting everyone’s right to discern the truth on their own. It’s about making sure that there isn’t just one arbiter of truth because the Founders acknowledged human fallibility and the inevitability of personal bias. The truth to King George was different from the truth to the colonists, just as today, the truth to Republicans and conservatives is different from the truth to Democrats and liberals. The truth doesn’t need guardrails, if anything, it needs more lanes.