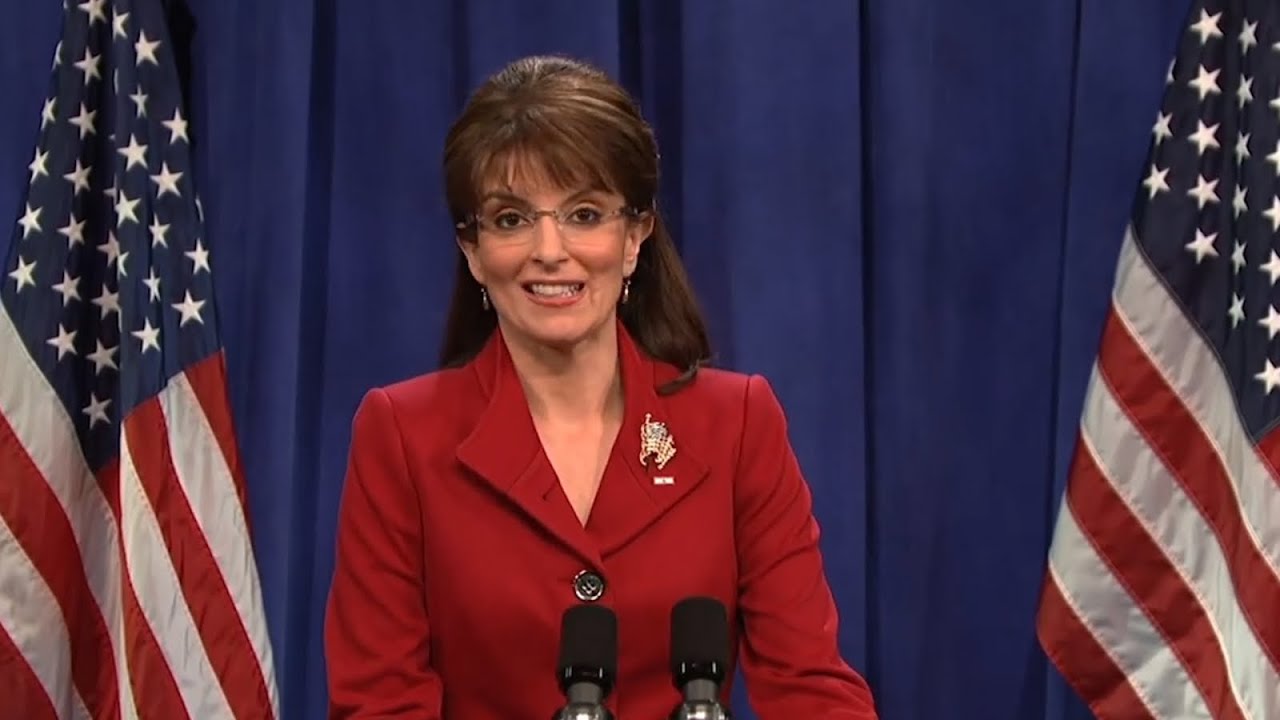 Tina Fey doesn't think Saturday Night Live can influence people because they're just so darn "fair" and they have their finger on the pulse of how the nation is "already feeling."

Appearing on the show David Tennant Does a Podcast With on Tuesday, Fey told the eponymous host, "I don’t think that show can really sway people. I think you can shine a light. You can help them articulate something they’re already feeling about a given person.”

Alas, the liberal sketch comedy show has far more influence than it should. To cite just one example, many Americans mistakenly thought Sarah Palin said she could see Russia from her house and didn’t realize the line was from a skit Fey starred in.

As for her most in/famous role, Fey revealed that no one knew she wasn’t on the show anymore the summer Palin burst onto the scene in 2008 and she wasn’t asked to take the role until a few days before the season premiere. She also didn’t want Palin to come on the show and do a “two-shot” with her because she feared, “When I die, that's what they'll show on the Emmys." She managed to avoid the shot but thinks people will still splice a picture with Palin for her eventual Emmy memorial photo.

When asked, Fey wouldn’t say she was the nail in Palin’s political coffin, "I think she was the nail in her own coffin, ultimately, but I think it shined a light on something, because she came out of that convention a real shining star.” Yeah, and we can’t allow any GOP stars to shine!

“We went into it wanting to make sure that we were very fair,” Fey told Tennant – maybe that was their initial intention, but that’s clearly not how things ended up. “That we weren't just swinging, throwing punches. That we focused on what seemed true about the situation.” Of course, what seems true to liberals is often quite different from what is true.

Fey said she’s “relieved” she’s no longer on the show anymore because “the culture is so ugly and the political climate is so ugly," neglecting to mention SNL’s role in perpetuating that.

Part of the ugliness that has changed is the left’s new rules that say to acknowledge Trump’s existence is to normalize him. Her former castmate Jimmy Fallon found that out the hard way after he interviewed then-candidate Trump on the Tonight Show.

"Poor Jimmy,” she said. “That was sort of business as usual. You wouldn't think, 'Oh, you can't have a presidential candidate on your talk show.’ But the world had changed and he has since very much realized that. It was the beginning of those kinds of things. Like, 'I have to really think about the optics of this.'"

The world has changed, but SNL's liberal leanings have not. Maybe SNL can't really sway people anymore because they're just preaching to the choir at this point.