Mag Tells Teens: Nothing ‘Wrong With Getting an Abortion,’ ‘Completely Normal’ 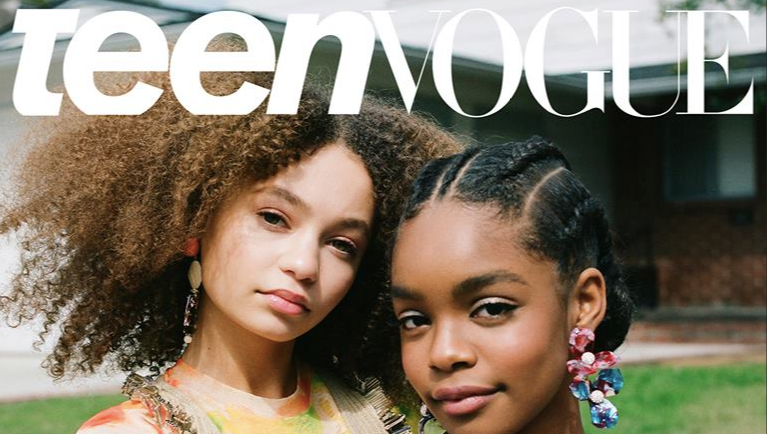 Teen Vogue columnist Isabella Gomez Sarmiento continues the magazine’s outrageous abortion propaganda in her April 9 article titled “Georgia's Fetal-Heartbeat Abortion Ban Is an Example of Shame Perpetuated Through Legislation” - because shaming people is the worst thing you could possibly do, far worse than stopping a tiny human heartbeat. The author rails against Georgia House Bill 481, which prohibits abortion after a preborn baby’s heartbeat can be detected at about 6 weeks, while counseling teens that abortion is "completely normal."

Claiming abortion is health care, Sarmiento wants support for it “regardless of the circumstances,” even going so far as to reject any notion that abortion is undesirable as unnecessary stigma:

Both with legislation like HB 481 and with the rhetoric even in the pro-choice movement that no one "wants" an abortion, the procedure is framed as a person’s last resort, a volatile and traumatic decision that someone is pushed to when they have no other option. But the truth is, that way of thinking continues to stigmatize a completely normal medical procedure by sustaining the idea that there’s something wrong with getting an abortion. There isn’t, but legislation like HB481 reinforces the idea that there is.

Sarmiento is proud to declare, “As a young Latina in the South, I’ve worked hard to take agency over my sexuality and distill any shame attached to my actions.” She asserts, “I have sex because I know I deserve to feel pleasure even if I don’t want to have a child, and because it’s up to me to decide what I do with my body,” but then paradoxically seems horrified at the prospect of having to use birth control. “As a sexually active person with a uterus, the sweeping anti-abortion legislation taking effect both in my state and across the country delivers a terrifying reality: I either need to find a long-term birth control option that is compatible with my body, or I could very well face forced motherhood.” What is terrifying about finding a long-term birth control solution? It sounds as if she was planning to use abortion as birth control.

Repeating Stacey Abrams’ conspiracy theories about voter suppression, Sarmiento casts aspersions on Georgia Governor Brian Kemp, who is expected to sign the bill any day now, and dramatically tells teens, “[O]ur state lawmakers seem to be telling those of us with uteruses that we don’t deserve the right to a happy and healthy life if we participate in sexual activities that don’t uphold pregnancy as the end goal.”

For this week’s #TheTake on @TeenVogue, I wrote about what it feels like to be a young person with a uterus in Georgia right now https://t.co/uMnnN7CgWp

Sarmiento is especially exercised over the fact that the bill's rape and incest exception requires a police report be filed. In Sarmiento’s twisted logic, this reporting of rape “perpetuates rape culture” and asking for predators to be identified to police “is not only unreasonable but inhumane.” Then she cites Dr. Christine Blasey Ford, of all people, as proof of what a burden reporting is. She also calls it a “myth that the criminal justice system takes survivors seriously.” Personally, I can’t think of a better way to perpetuate rape culture than to allow rapists free reign to strike again by telling victims not to report their attackers because they won’t be believed. Add that to the list of dangerous propaganda Teen Vogue is spewing to our youth.