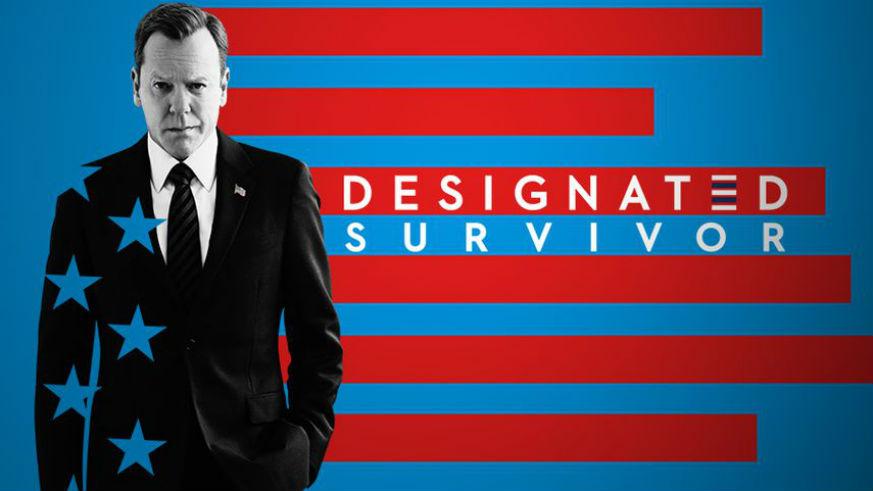 After two pretty straightforward, non-controversial episodes, the third episode of ABC’s Designated Survivor’s second season suddenly packed three episodes worth of liberal politics into one. Wednesday’s episode “Outbreak” had everything, from a deadly superbug, to an evil pharmaceutical company, to a Confederate statue debate, to a “sexually ambiguous” frog.

To begin, there is a deadly, fast-moving, highly-contagious viral pandemic in fictional South Carroll Parish, Louisiana, that the government is scrambling to contain before it spreads across the United States and infects millions. No one is immune and no vaccines or antivirals work.

The only hope is an experimental cancer drug called Extasis that has antiviral properties that could provide a cure. So President Tom Kirkman (Kiefer Sutherland) calls the maker of the drug into the White House.

Carlton Mackie, head of the pharmaceutical firm Benevax, protests, worrying about liabilities and shareholder obligations, but reluctantly tells the president that he will give the government 10,000 doses… until he gets greedy and reneges on the deal. Mackie wants to sell Extasis to pharmacies for $2,000 per dose, which the poor people of South Carroll Parish County (76% of whom are black) can’t afford.

Suddenly this turns it into an issue of white v. black, rich v. poor:

“The residents of South Carroll Parish will not get the medicine they need, while the residents in Cameron Parish will. It's all about the money -- who has it, who doesn't. It's like Katrina on steroids.”

Wow, that escalated quickly! But nobody’s going to say, “President Kirkman doesn’t care about black people,” because the administration takes Mackie to court.

Kendra: I'm sorry, your honor.
Judge: It's your motion, Ms. Daynes.
Kendra: Yes, for specific enforcement of a contract.
Rafer: There's no contract here, judge. Just a handshake extracted under duress in the Oval Office by the leader of the free world.
Kendra: That's not the contract at issue.
Judge: I'm listening.
Kendra: It's a compulsory contract. The Defense Production Act requires businesses essential to the national defense -- like drug manufacturers -- to sign agreements when necessary for the national defense.
Rafer: "When necessary." Mr. Mackie has already made Extasis available to the population.
Kendra: To the rich. And the rich are predominantly white. Socioeconomic status is a proxy for race here.
Rafer: That's not Benevax's concern.
Kendra: But it's the government's. South Carroll Parish, a black community, has 95% of the cases. The president can decide how to distribute a drug during a public health crisis and at what price.
Rafer: Why should he be allowed to substitute his judgment for the private sector's? Freedom of contract is a hallmark of our democracy.
Judge: But not when the government is facing down a public-health emergency. Mr. Mackie, you will relinquish 10,000 doses to the federal government now.

The situation is further turned into a race issue when we hear, “The NAACP wants to know why eight times as many people have died in a black parish than a white parish,” and it is agreed that that’s a fair question. So now the virus itself is racist for killing more black people? Actually, we were just told that South Carroll Parish has 95% of the cases, so really there should be 19 times as many people who have died there compared to the white parish. But unfortunately they’ve got this right, that is exactly how the numbers would be spun by liberals in the media in real life.

After the court battle to get the 10,000 doses, they realize that Mackie was hording another 30,000. Mackie makes some arguments about how much pharmaceutical companies spend developing drugs that will save lives and that’s why they set their prices as they do that would be reasonable in a normal situation, but millions of people could die if the outbreak is not contained immediately so he just sounds like a heartless Scrooge. President Kirkman reads him the riot act.

Kirkman: You recognize this? It's a bill of lading from the United States Postal Service for the shipment of 30,000 doses of Extasis to a warehouse in Jacksonville. You're in violation of a court order.
Mackie: No, sir. Court order covered exactly 10,000 doses.
Kirkman: Because you misled us. You allowed us to believe that's all you had. You failed to acknowledge the 30,000 doses that you were holding in reserve.
Mackie: I provided an amount I was told was sufficient.
Kirkman: Which very well might have been if we didn't have to hunt you down to get it. Lives are at stake here, Mr. Mackie.
Mackie: I understand that, which is why I'm making additional doses available.
Kirkman: So you and your company can line your pockets.
Mackie: Respectfully, sir, it is not that simple. Extasis is an experimental drug. Our patent is pending. But now the drug is in circulation, meaning every lab in America will be reverse-engineering it by Monday. We spent $1 billion in r&d on this drug. If that investment is gone, so is my company.
Kirkman: That is absolutely ridiculous. You're gonna peddle some kind of corporate doomsday scenario while the country is really dealing with one?! Pharmaceutical companies have made billions upon billions of dollars profit every year on the backs of the American people with the understanding that if there is ever a crisis -- a real emergency -- you people would finally step up and do the right thing and make a sacrifice!
Mackie: It isn't just my sacrifice. We have heart-disease drugs in the pipeline, diabetes drugs. Whatever happens with this outbreak, if we go bankrupt, more people will die from the drugs that we do not develop than from this bug.
Kirkman: I took an oath to protect the American people. My job is to save lives now, today, and I will not let you get in the way.
Mackie: I know what you think of me, sir, but I am not a racist -- I'm a capitalist.
Kirkman: Yet the fact still remains the community that is suffering from this right now is made up of minorities.
Mackie: And I want to help them. But I don't run a charity. So pay me what I deserve or have me arrested for contempt of court, but your lawyers better be ready for a fight. In the meantime, Mr. President, I have a business to run. Just like you
Emily: He's got us, sir. By the time we get our hands on his supply, it'll be a drop in the bucket.

What a cringe-inducing line, “I’m not a racist, I’m a capitalist.” Hard to say which is worse to liberals, or maybe they assume they go hand in hand.

The main message is: white people = rich, black people = poor. They are pretty much saying capitalism is racist because anything that makes a profit can only be bought by the rich, AKA whites. After all, “Socioeconomic status is a proxy for race.”

Kirkman further manipulates the racial divide by having a black reverend go on TV condemning Benevax for leaving blacks to get sick and die. This forces Mackie to agree to hand over the extra 30,000 doses to save the company from a PR disaster. The extra doses are just what is needed and the outbreak is contained!

In the middle of this public health crisis, the White House is trying to work with feuding groups from Tennessee to negotiate what will happen with a Confederate statue in front of a courthouse there. Or, as one character says, “So people of color are dying in one part of the country while racist monuments are protected in another.”

Most surprising is that an older black Civil Rights reverend is fighting for the statue to stay (he says our past must be remembered, not sanitized or whitewashed) while a young liberal white girl whitesplains racism and calls him a sellout. He pretty much tells her to check her privilege.

Designated Survivor’s solution to the Confederate statue problem? “To find a less-trafficked area for the statue that still honors Tennessee history while respecting the sensibilities of those who find it a reminder of a painful past.” If only it were that easy!

Oh, yeah, and just to add to all this absurdity, a new species of frog named after the president is a hermaphrodite. We learn this when the White House Political Director uses the wrong pronoun for the frog – which can land you in jail in California, by the way – it’s not a “he” it’s an “it.”

Whew! If this season continues like this, I don't think that I can survive!