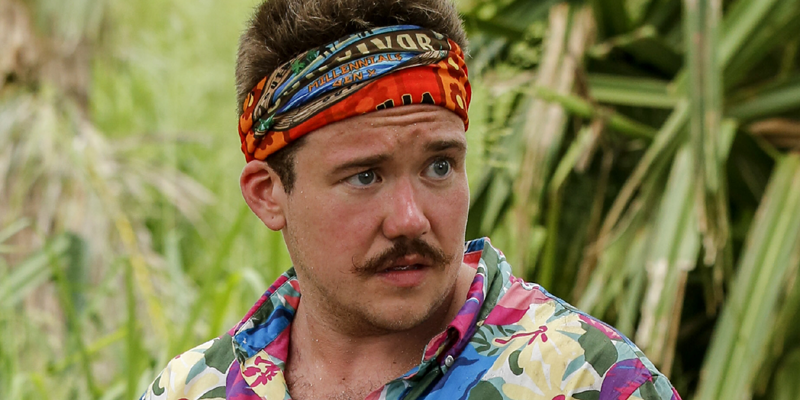 Wednesday night’s episode of Survivor: Game Changers, “What Happened on Exile, Stays on Exile,” featured a shocking tribal council that saw gay man Jeff Varner out his fellow competitor Zeke Smith, who everyone knew as a gay man from the previous season Survivor: Millennials vs. Gen-X, as being transgender.

In his argument as to why he should not be voted off the show, Varner tried to turn his fellow castaways on Zeke by outing him and saying that the fact that Zeke hid that he was transgender “reveals the ability to deceive.”

The scene visibly shook up their fellow tribe mates, with some crying at the revelation and all very angry at Varner for bringing Zeke’s private, personal life into the game in front of millions of viewers (CBS was no doubt thrilled to have caught it all on camera, though.) Varner then cited his opposition to the North Carolina bathroom bill to defend himself, “I argue for the rights of transgender people every day in the state of North Carolina, I would never say or do anything to hurt anyone,” because apparently if you oppose HB 2 that absolves you of everything.

But the tense tribal council quickly turned into an opportunity for reflection and growth for conservatives in flyover country.

Survivor contestant Sarah Lacina saw it as an eye-opening experience that made her grow as a person and be more accepting of others:

I’m just thankful that I got to know Zeke for who Zeke is, I’ve been with him for the last 18 days and he’s super kick ass. I’m from the Mid-West, I come from a very conservative background and it’s not very diverse when it comes to a lot of gay and lesbian and transgender and things like that, so I’m not exposed to it as much as these people are. And the fact that I can love this guy so much and it doesn’t change anything for me makes me realize I’ve grown huge as a person. Of course, we want to win the million dollars, but the metamorphosis that I’ve even made as a person that I didn’t realize until this moment is invaluable.

While at least admitting he might not be the best role model, Zeke said, “but maybe there’s someone who’s a Survivor fan and me being on the show helps him or helps her or helps somebody else, so maybe this will lead to a greater good.”

For the first time ever on Survivor, there was no vote held, host Jeff Probst simply asked if everyone agreed that Varner should be voted off and they said yes.

To his credit, Zeke was quiet about his past because, as he told People magazine, “I didn’t want to be the ‘first transgender Survivor contestant.’” No doubt CBS would have loved to have featured him as such during his first season with the show, but instead they got an even more impactful surprise outing of a player fans had already come to know and some loved.

LGBT advocates were quick to point to the episode as an important teaching moment on broadcast television.

Tonight a TV show on broadcast TV had an earnest and beautiful conversation about #transgender dignity. Thank you, #Survivor & @zekerchief.

.@zekerchief You can also check out the resources we have on being an ally to trans people: https://t.co/HyQOKf7vno #SurvivorGameChangers

.@zekerchief Tonight's episode of #SurvivorGameChangers was a gut-wrenching look at the consequences of outing a transgender person against his will.

We just witnessed a powerful moment in television history. #survivor

tonight's #Survivor was landmark moment for both gay/trans on TV and reality television in general. this is the reason the genre is needed.

What an incredible #Survivor moment at tribal council. Kudos to @JeffProbst. Eyes have again been opened to the struggle of being Trans.

But some thought CBS didn’t go far enough. Daniel Fienberg from the Hollywood Reporter saw it as a missed opportunity:

Why not do a five-minute filmed conversation with Probst and Zeke in a comfortable setting discussing the moment from a distance, delving into the opportunities they now see for advancing the cause of understanding and how Zeke's feelings have shifted and evolved and mellowed since that night? Instead, what should be a impactful back-and-forth about the limitations and possibilities of reality TV to instigate certain conversations is going to get squished into the rowdy reunion show that tends to be exactly the wrong setting for anything of meaning. That's treating this as Survivor. This needed to be treated as bigger than Survivor. There should have been websites and hotlines presented in chyrons. Somebody associated with Survivor should have made sure that the episode ended by telling people where they can get more information and where this conversation can continue.

Yeah, because a 15-minute-long tribal council (pretty sure that's the longest one they've ever had outside of the finale) wasn't enough, they needed to beat us over the head with it even more. Either way, it's getting CBS a lot of publicity and, in the end, that's all they care about.