Matthew West is really feeling the heat after his satirical song “Modest is Hottest” blew up on social media for perpetuating “purity culture” and supposedly encouraging “victim-blaming.” West is a popular Christian musician who created the song to make fun of crazy overprotective dads while also encouraging young women to respect themselves.

But the days of good comedy are slowly coming to an end as the number of adult children who can’t take a joke is on the rise. Instead of placing a ‘trigger warning’ on his music video he decided to remove it from YouTube completely. 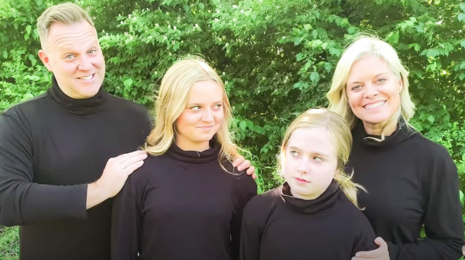 West’s song starts off by saying “dear daughter” and “your old man’s got a little more advice when it comes to the clothes that you’re wearing.”

The music video features his daughters rolling their eyes as he continues by singing “modest is hottest, the latest fashion trend is a little more Amish, a little less Kardashian,” and “more like Jesus and less like Cardi B.” (If you were thinking, "Someone finally said it," you're an apologist for rape culture, the patriarchy and other bad stuff.)

During the recent Southern Baptist Convention annual meeting, West performed his hilariously truthful melody and critics immediately took to social media to whine, which is always their first move. The Religion News Service published an article shortly after, explaining that the song is “promoting evangelical purity culture,” of course The Washington Post shared the article as well.

Audrey Assad, an American singer, posted a whole book complaining about the song on her Twitter page:

“Modest is hottest” still centers men and their preferences in how women should look—still sets being found hot by men as the ultimate goal for women—and positions all men as creeps who can’t handle seeing a woman’s bare skin without turning into out of control monsters.

The singer/ songwriter has released satirical songs in the past, “Quarantine Life” came out in 2020 and got over 2 million hits on YouTube. He has also won multiple awards for his music and songwriting abilities and has five Grammy nominations.

Despite all that, the online trolls came for him. West then released this statement on Twitter:

Apparently when artists write songs about abusing women, it's "empowering," but when a man is actually encouraging good behavior it’s deplorable.

Bob Smietana, author of the RNS article, wrote that the so-called “purity culture” that is perpetuated through this song also suggests that women are to blame for men’s actions. Further, he said:

Christian attempts at satire have backfired in the past, most notably in the case of the Babylon Bee, which started out as an Onion-like publication poking fun of evangelical church culture only to become part of the culture wars and fake news disputes of the Trump era.

Smietana then suggested that evangelical churches have a problem with “abuse scandals” and the release of West’s song is somehow linked with this. That’s right, he really believes that a dad's funny song to his daughters is the equivalent of encouraging abuse.

Sing about domestic abuse and gang violence and you'll win a Grammy, but sing about Christian values in a joking manner and this is the treatment you get.