“There is no neutrality at The New York Times,” Gainor told After the Bell host David Asman before pointing out the double standard in how differently The Times covered Democratic and Republican presidents.

Gainor specifically targeted The Times for bulking up its Washington bureau’s investigative team after Donald Trump’s electoral victory in November. Gainor also criticized CNBC’s John Harwood and the Times’ Glenn Thrush for their cozy relationship and collusion with the Clinton campaign, revealed by Wikileaks during the presidential race.

“It’s one thing for reporters to have kind of a cozy relationship. It’s another thing to be so cozy that you’re called out by a guy on your own network, Joe Kernen,” Gainor said.

Gainor was referring to an exchange between Harwood and Squawk Box host Joe Kernen, in which Kernen questioned Harwood’s relationship to the Clinton campaign.. “You gonna talk about the elephant in the room [Clinton’s email scandal], or you just gonna -- they gonna tell you what to talk about?” Kernen asked during the March 4, 2016, episode of Squawk Box. 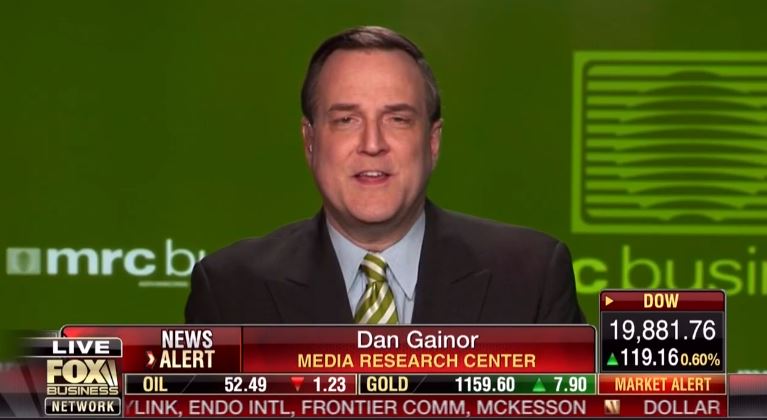 Gainor further pointed to The Times’ White House Correspondent Glenn Thrush who sent then-Clinton Campaign Chairman John Podesta an advance copy of an article he wrote on Clinton. “Please don’t share or tell anyone I did this,” Thrush said in the email. At the time, Thrush was Politico’s Chief Political Correspondent.

“You’ve got him [Thrush], you know, cozy up with Democrats to the point that he’s giving part of his story ahead of time, which violates Politico’s rules,” Gainor said.