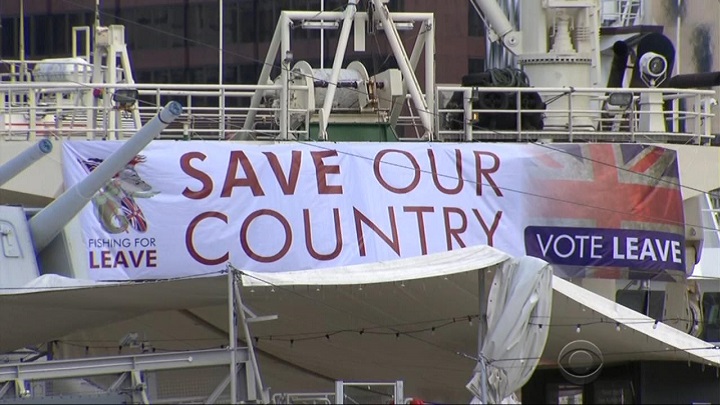 Just before the UK’s vote regarding whether it should remain in the European Union (EU), National Public Radio aired three stories on Brexit on one program. All the stories were biased against leaving the EU.

The left-leaning, government funded NPR aired all three anti-Brexit stories June 22, just a day before the British vote. One of the reports included part of a song created by a voter who opposed the UK leaving.

Two segments featured voters who outright opposed Brexit, while a third interviewed four times as many sources opposed to Brexit as those supporting it. Each of the stories touted the benefits of voting to remain in the EU, but failed to fairly represent political and economic arguments for leaving.

Proponents of Brexit argue it would free Britain’s businesses from the EU’s regulatory burden, which UK economist Tim Congdon described as “severe,” and potentially save the country a lot of money. According to the UK government, EU regulations cost the country £33.3 billion every year.

The country would regain its sovereignty as well, since as a member EU regulations trump British laws in areas such as agriculture and patent law.

“Thursday's vote is officially about leaving a giant trading block of 28 nations with more than 500 million people, but most in the so-called ‘Leave’ camp are — like Thompson — focused on immigration. They say membership in the EU permits too many foreigners to flow too freely into their country,” one of the “Morning Edition” stories said.

Although he was critical of the use of race in the debate, British novelist and former journalist Robert Harris suggested a connection between such Brexit arguments which contained “dark undertones” and MP [Member of Parliament] Jo Cox’s June 16, murder.

Harris told NPR he planned to vote to remain.

“[T]he people who are campaigning for us to stay in have, I’m afraid not all of them but a lot of them, played a race card, hopped on about immigration with dark undertones. And that — that really culminated in the, in the shooting of poor Jo Cox,” Harris said.

NPR’s sense of balance was apparently skewed, with a story countering one man’s concerns about immigration with four sources touting the EU’s effect on immigration and commerce.

The radio program also covered a voter who turned a swedish pop song into a musical rant against Brexit. “An election with a backbeat,” NPR “Morning Edition” co-host David Greene said to introduce the song.

Greene said that the music video showed a woman who looked “pretty miserable because she is not on the dance floor with other, happier club goers.”

“The idea here is that if you vote to leave the EU, you will be left on the dance floor alone,” NPR’s “Weekend Edition Sunday” host Rachel Martin noted.