KY State Treasurer: ESG Investing ‘Puts Our Pensions at Risk’ and ‘Harms Our Economy in Kentucky’ 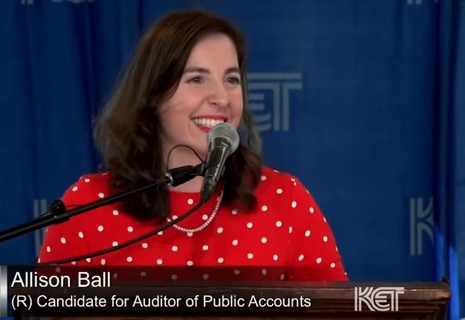 Ball made her remarks on Nov. 14 at the State Financial Officers Foundation (SFOF) National Convention, where she was joined by state treasurers and auditors from Arizona, Arkansas, Florida, Idaho, Indiana, Kentucky, Mississippi, Nebraska, Ohio, Pennsylvania, South Carolina, and eight other states.

As explained by the U.S. Securities and Exchange Commission, “ESG stands for environmental, social, and governance. ESG investing is a way of investing in companies based on their commitment to one or more ESG factors. It is often also called sustainable investing, socially responsible investing, and impact investing.”

Although ESG may make one feel good, as if your investment is helping to save the world, the Harvard Business Review reported that the environmentally friendly investing often is not so clean and the “ESG funds certainly perform poorly in financial terms.”

CNS News: “What did you cover?” 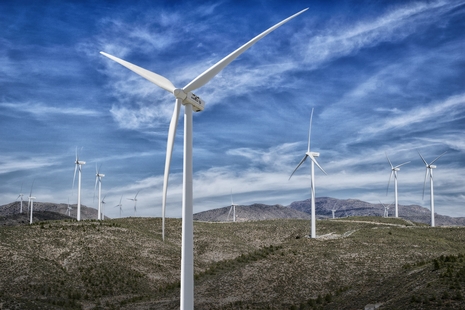 Allison Ball: “When I first got elected I remember going to state treasurer meetings and they began talking about ESG at that time [seven years ago], I thought it was academic, I thought it was kind of a novelty, kind of a classroom topic. Then, over time, I began to see it more and more as a dominant investment approach, starting to be pushed to do that more than anything else.

“So, really in the last year or so, I began to realize this was actually becoming a serious issue. When I first got elected, pensions, because I deal with pensions in my office, we always followed the traditional viewpoint that it’s about making sure you can retire.  And you get money for what you put into it. You get good returns – that’s what it’s about.

“I’m from the coal burning state of Kentucky so I really watch the coal, the oil and gas industry, and how they’ve been targeted. I had concerns on all levels … because I think it puts our pensions at risk. And two, I think it directly harms our energy … in this country and it harms our economy in Kentucky.”

CNS News: “What do you think that the average American -- I am assuming they don’t probably know a lot of what’s going on with ESG -- so what should they know?”

Allison Ball: “Right! So that’s a good question. When I talk about it, I usually try to ground it in that once upon a time pensions were about making sure you could retire. That’s what people think it’s about now. And if I’m talking to people, they think it’s about, you know, they work for several years, they put money into it. Someone is investing their money well, making sure they get good returns.

CNS News: “I think a lot of people don’t really understand this issue.”

Allison Ball: “It’s actually very simple, if you start to explain to people. They are confused because they think your pensions are about making sure you can retire and that’s what they think. And then just hearing this approach is using your money for other things besides getting good returns.

CNS News: “How can people combat that? Making sure things go the way they should?” 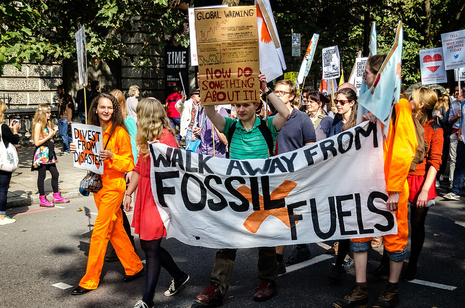 Allison Ball: “Well, from my world, I’m in charge – well, I’m on a board so I am not solely in charge -- but I deal with our pensions. Our teachers are pensioned and then I work with some of our other investments too.

“So one way you can do it is people who are in charge of these large pension programs make sure that they are focusing number one on getting good returns. Making sure that you’re going to have money when you retire. Because most of these pensions are run by boards, so I think it is just imperative that you get people that are doing what people think they are doing. And then people need to be informed that they need to know if they don’t like their money being used for other things they need to be voicing that.”

CNS News: “What is a way they can voice that?”

Allison Ball: “Elections is one way. Elect people that are representing the interest of pensions. Sometimes, you know, maybe you work for a company and that company has BlackRock or some other asset manager that is dealing with pensions. I think you need to be very vocal, very involved, because I mean they are choosing to use different forms of managers. You need to be very involved to say I want to make sure I have a pension when I retire. A lot of those are governed by our … they are all governed by ERISA, so there are laws that the government makes on the federal level. So elections matter.”

ERISA is the Employee Retirement Income Security Act. As explained by Investopedia, ERISA “is a federal law that protects the retirement assets of American workers. The law, which was enacted in 1974, implemented rules that qualified plans must follow to ensure that plan fiduciaries do not misuse plan assets. It also covers certain non-retirement accounts, such as employee health plans.  https://www.investopedia.com/terms/e/erisa.asp

“Under the law, plans must regularly inform participants about their features and funding. ERISA is enforced by the Employee Benefits Security Administration (EBSA), a unit of the Department of Labor (DOL).”

In sum, The Review said, “funds investing in companies that publicly embrace ESG sacrifice financial returns without gaining much, if anything, in terms of actually furthering ESG interests.”