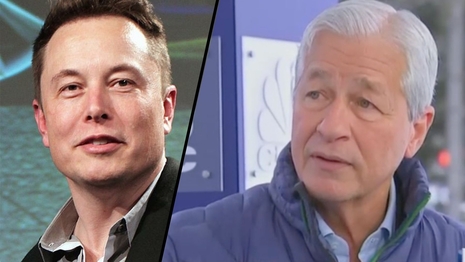 While leftists are busy calling for Americans to chuck their gas stoves off a cliff in the name of climate change, Dimon quipped, “We need oil and gas,” when Squawk Box co-host Joe Kernen asked him whether stakeholders will increase pressure on companies to pursue Environmental, Social and Governance (ESG) policies.

Dimon said it would take “50 years” to transition away from oil and gas completely. “It’s a hundred million barrels a day that are used to heat, fuel, [and] feed people.”

Dimon’s comments are simply common sense. Anyone with a watt of common sense realizes that an entire nation cannot merely switch its method of energy production and consumption overnight.

“What you need is transition,” he continued, to avoid a “calamity” and “global depression.”

Dimon also pointed out the global discrepancy in global climate alarmism. “CO2 is down dramatically in the United States but China’s three times us. So if you don’t have global deals, it’s not going to work.”

Billionaire and Tesla CEO Elon Musk joined the conversation in support of Dimon. “True, there will be a long tail of usage, but it will peak long before then,” he tweeted.

He followed up by predicting that “Peak oil demand probably happens within the next 5 years.”

“I think, realistically, we need to use oil and gas in the short term, because otherwise civilization would crumble,” Musk said Aug. 29 2022 during an energy conference in Stavanger, Norway. “In order for civilization to continue to function, we do need oil and gas.”

He publicly slammed woke ESG standards in April 2022 by tweeting, “I am increasingly convinced that corporate ESG is the Devil Incarnate.”