Louisiana State Treasurer: ESG Investing is Destructive, ‘We Should Invest More In Our Own States’

(CNS News) – The woke investing of ESG – Environmental, Social, and Governance – by state governments and other entities is destructive and a threat to pension holders, said Louisiana State Treasurer John Schroder on Monday in Washington, D.C.  “We should invest more in our own states,” he said, “if you don’t invest in your own state, who is?” 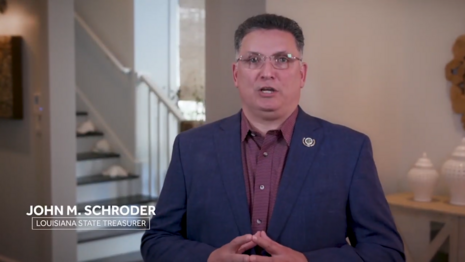 Schroder made his remarks at the State Financial Officers Foundation (SFOF) National Convention on Nov. 14, where he was joined by state treasurers and auditors from Arizona, Arkansas, Florida, Idaho, Indiana, Kentucky, Mississippi, Nebraska, Ohio, Pennsylvania, South Carolina, and eight other states.

As explained by the U.S. Securities and Exchange Commission, “ESG stands for environmental, social, and governance. ESG investing is a way of investing in companies based on their commitment to one or more ESG factors. It is often also called sustainable investing, socially responsible investing, and impact investing.”

At the convention, CNS News asked Schroder how people can combat ESG investing, and what he has done to protect Louisiana from the effects of it.

“Well, certainly if you work for government at any level – you should talk to your retirement boards and ask them to look harder – where the money is being invested,” Schroder said. “And it also made me think about – we should invest more in our own states, in our own United States.”

“These are government workers who typically are represented on the [pension] boards by people who are voted on the board,” said Schroder. “So they don’t necessarily have some expertise in this.”

“So, I’ve been working hard in Louisiana to educate the board members,” he said. “We have 13 different pension boards in Louisiana, so I think what I did brought a lot of light to it.”

Schroder’s leadership was demonstrated when he moved and divested nearly $800 million from BlackRock, a leading investment provider, and moved it to another investment company. The money was mostly in Louisiana’s trust funds, according to Schroder, and took between eight to 10 months to transfer, in order to not lose money from the move.

His reasoning for divesting was because of BlackRock’s “blatantly anti-fossil fuel policies” that “would destroy Louisiana’s economy,” according to Schroder. 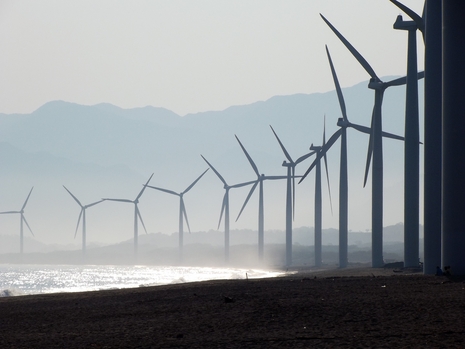 Ultimately, the divestment is a result of Blackrock’s “sustainable investing philosophy” and because of the firm “calling on other companies to embrace net-zero investment strategies that would harm the fossil fuel industry,” Schroder added.

With fossil fuels being an integral part of Louisiana’s economy, Schroder made the decision to move his investment elsewhere.

According to the Harvard Business Review, “As of December 2021, assets under management at global exchange-traded ‘sustainable’ funds that publicy set environmental, social, and governance (ESG) investment objectives amounted to more than $2.7 trillion; 81% were in European-based funds, and 13% in U.S.-based funds. In the fourth quarter of 2021 alone, $143 billion in new capital flowed into these ESG funds.”

In sum, The Review said, “funds investing in companies that publicly embrace ESG sacrifice financial returns without gaining much, if anything, in terms of actually furthering ESG interests.”