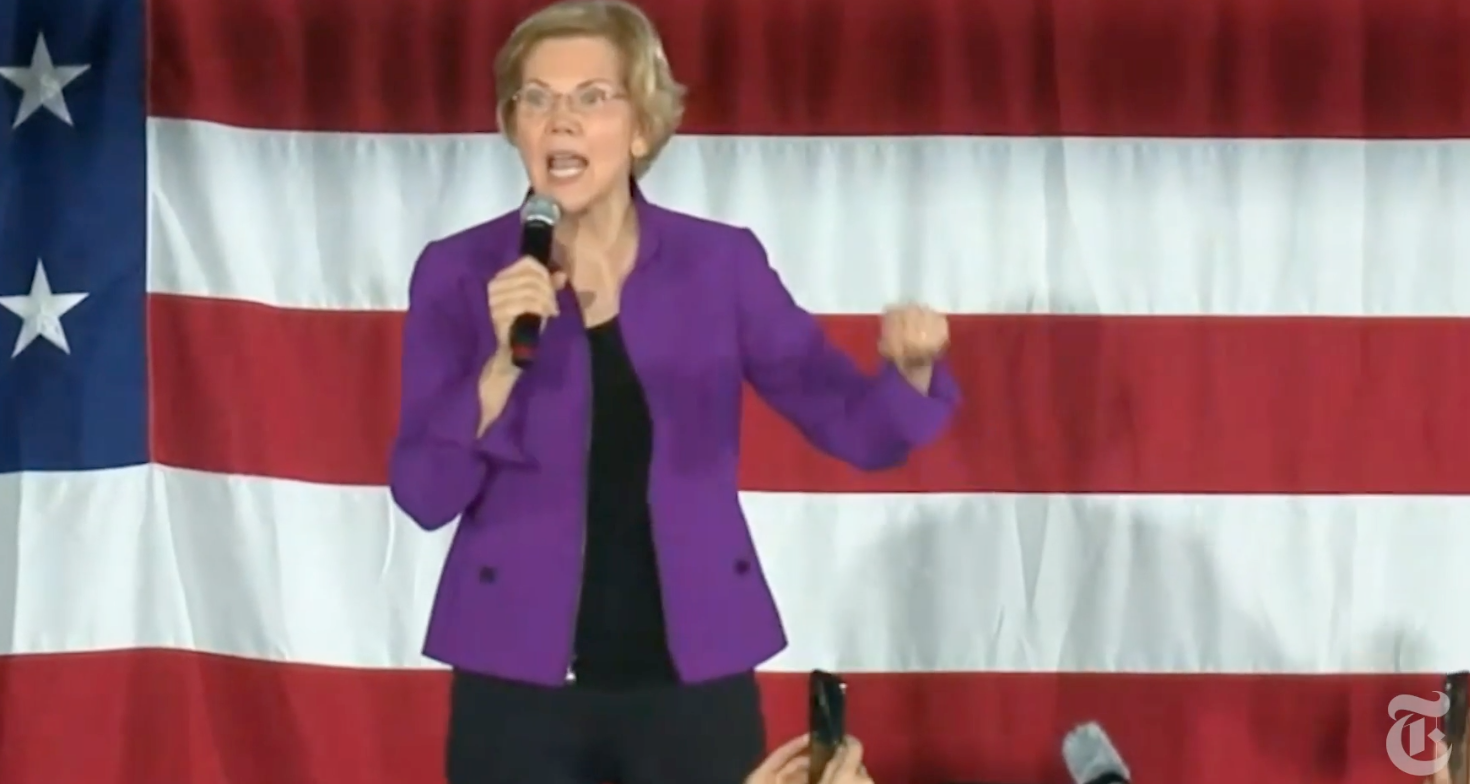 When 2020 Democratic presidential candidate and Senator Elizabeth Warren first proposed an annual wealth tax, she claimed it would be just “a little piece,” “a little portion” of the “bazillion” they’ve made.

New evidence from her own economists revealed that her constitutionally-challenged two percent (or higher) annual wealth tax would take far more than a little. Try half or more.

Bloomberg reported on Sept. 10, that if a wealth tax like it had been implemented in 1982, the government would have confiscated more than half of Bill Gates, Warren Buffett and Larry Ellison’s wealth by 2018. Since taxes rarely disappear from existence, it begs the question of how long it would take for the government to take it all.

So much for just taking a bit off the “tippy top.”

In spite of that shocking estimate, Bloomberg’s story framed things favorably for Warren when it wrote: “The calculations underscore how a wealth tax of just a few percentage points might erode fortunes over time and presumably reduce wealth inequality.”

The only acknowledgment of problems with her plan was an oblique reference to unnamed “critics” who “have charged that the tax would be hard to administer and easy to avoid. They’ve also questioned its constitutionality.”

Although proponents of Warren’s wealth tax idea view the potential for seizing vast amounts of wealth away over time as a good thing, rather than recognizing it’s immorality or harm to the overall economy. Others see it as government overreach and theft, but those voices didn’t appear in Bloomberg’s news report.

American Enterprise Institute Director of Economic Policy Michael E. Strain called it “the tax code equivalent of looting mansions” in a Sept. 5, Bloomberg column. He warned it would also have negative repercussions on the economy at large.

“And remember that the wealth tax would operate along with the existing income tax system. The combined (equivalent income) tax rate would often be well over 100%. Underlying assets would routinely shrink,” Strain wrote.

He anticipated it would “reduce national savings, resulting in less business investment in the U.S.” Less investment would mean reduced productivity and wages and other factors could discourage risk and innovation, Strain argued.

Warren has been proud of her anti-business proposals. On Sept. 10, she tweeted proudly “I’m Elizabeth Warren and I approve this message,” over a CNBC video clip about Wall Street and banks fearing a Warren presidency on Sept. 10. CNBC anchors Jim Cramer and David Faber said on air that they’ve heard executives’ rumbling about that “she’s got to be stopped.”

Don’t expect the media to stand in her way.

When she first proposed the wealth tax idea, many liberal outlets approved, with opinion writers in The Washington Post, Los Angeles Times, Salon and The Week promoting it as “popular,” “bold” and even morally right. Rare exceptions and arguments against a wealth tax appeared in Investor’s Business Daily and conservative news.