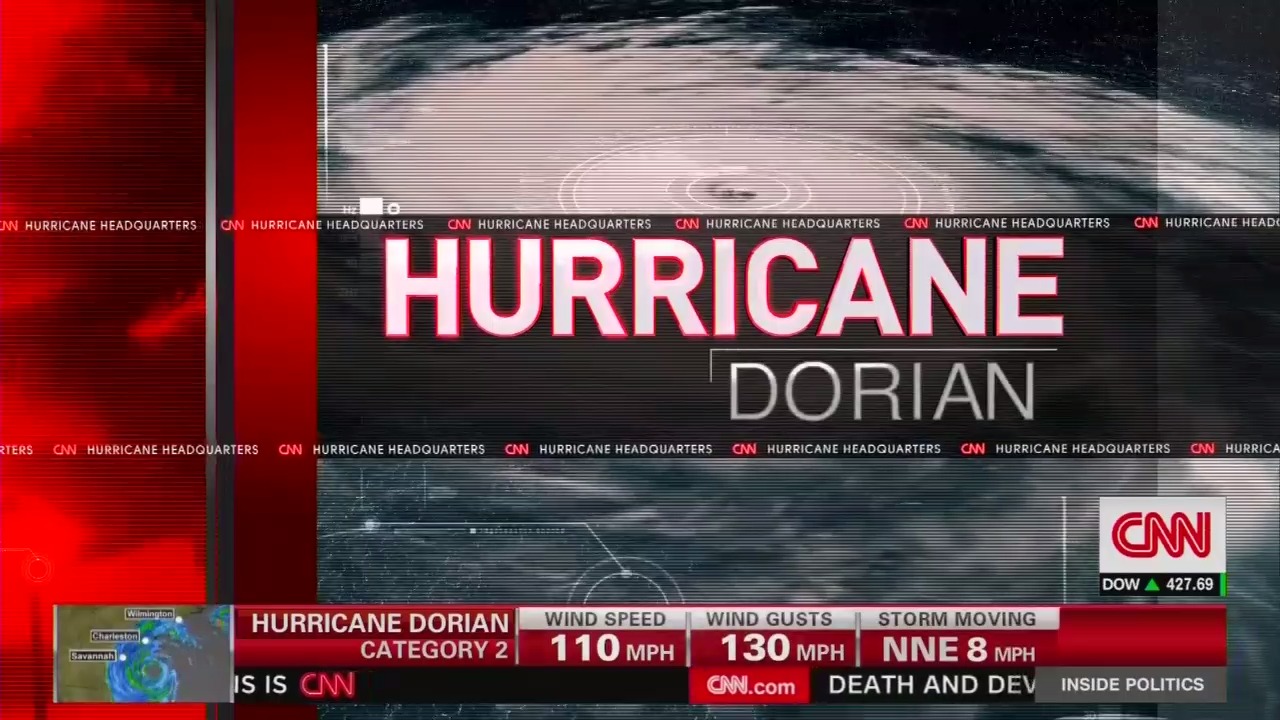 As the Bahamas reels from the death and destruction Hurricane Dorian caused, the news media continue to exaggerate a connection between hurricanes to climate change.

Claims ranged from global warming making it “bigger, wetter — and more deadly,” to calling Dorian’s stall a “signal of climate change,” to insisting climate change is “worsening” hurricanes (without proof). CNN, CNBC, The New York Times and other outlets, including agenda-driven publications like InsideClimate News and the left-wing Democracy Now! show all linked the latest hurricane to climate change.

The Guardian, which recently co-led an effort for more climate alarmism in the news with Columbia Journalism Review and The Nation, published an op-ed from climate scientists Michael Mann and Andrew Dessler. Mann is famous (or perhaps infamous) for his “hockey stick” graph of global warming.

“Global heating made Hurricane Dorian bigger, wetter — and more deadly,” the alarmist headline proclaimed. Mann and Dessler also warned climate change would turn more places into “nightmarish hellscapes,” before admitting “the science has yet to come in” on how much it worsened Dorian or if it did.

In a fevered pitch Mann and Dessler warned, “the worst part is this is only the beginning. Because unless we confront the climate crisis, warming will turn more and more of our fantastic landscapes, cities we call paradise and other dream destinations into nightmarish hellscapes.”

On Sept. 3, CNBC.com turned to Mann who claimed, “Human-caused climate change is visibly intensifying hurricanes and increasing the damage they are doing.” CNBC’s headline claimed Dorian was “a signal of climate change.”

Meanwhile Dessler showed up in a Sept. 3, New York Times story that sought to answer the question “How has climate change affected Hurricane Dorian?” Dessler claimed there was a “very strong consensus” about increased rainfall of these storms. The Times also included other alarmist scientists arguing there is a “trend” in stalled hurricanes and that Dorian was what “we expect to see more often as a response to climate change.”

Professor Roger Pielke, Jr. of the University of Colorado called Dessler’s claim out in a Forbes column as “simply wrong.”

“Instead of referencing the assessments of the WMO, NOAA or USNCA the Times instead relied on a climate scientist who does not research hurricanes and who apparently invented a fictional consensus on rainfall and hurricanes,” Pielke wrote.

This was a serious charge, especially given that Pielke actually agrees that human-caused climate change is “real and poses significant risks.” He’s also argued for decarbonization. However, he challenged the media to stop intentionally mixing up climate and weather for political reasons and criticized the selective inclusion scientists on the “bullish fringe” of consensus forecasts from government agencies.

The Spectator UK noted that NOAA’s Geophysical Fluid Dynamics Laboratory reviewed the research on global warming and hurricanes in August and said, “it is premature to conclude with high confidence that human activity – and particularly greenhouse warming – has already caused a detectable change in Atlantic hurricane activity.”

While those outlets were talking to plenty of alarmist climate scientists, they were ignoring voices like Dr. Roy Spencer, a meteorologist and principal research scientists at the University of Alabama-Huntsville.

Spencer told Fox News on Sept. 2, “There’s all kinds of statistics you can look at, Martha and the ones I look at are the long-term. Because that’s climate. Climate is long-term. And since 1900 out of all of the major hurricanes that have hit Florida there has been no long-term trend in either the intensity or in the number of major hurricanes.”

“Even if Dorian were to hit Florida as a Category 4, which it looks like now is not going to happen. There would still be no long-term trend,” Spencer continued.

When anchor Martha McCallum asked about the claim that sea surface temperatures Dorian moved through were warmer than normal, Spencer agreed the water has been warming. But still he challenged the assertions being made about it.

Spencer concluded that, “If you look at the data going back over a hundred years you really can’t support increasing hurricane activity with the increasing sea surface temperatures we are seeing.”