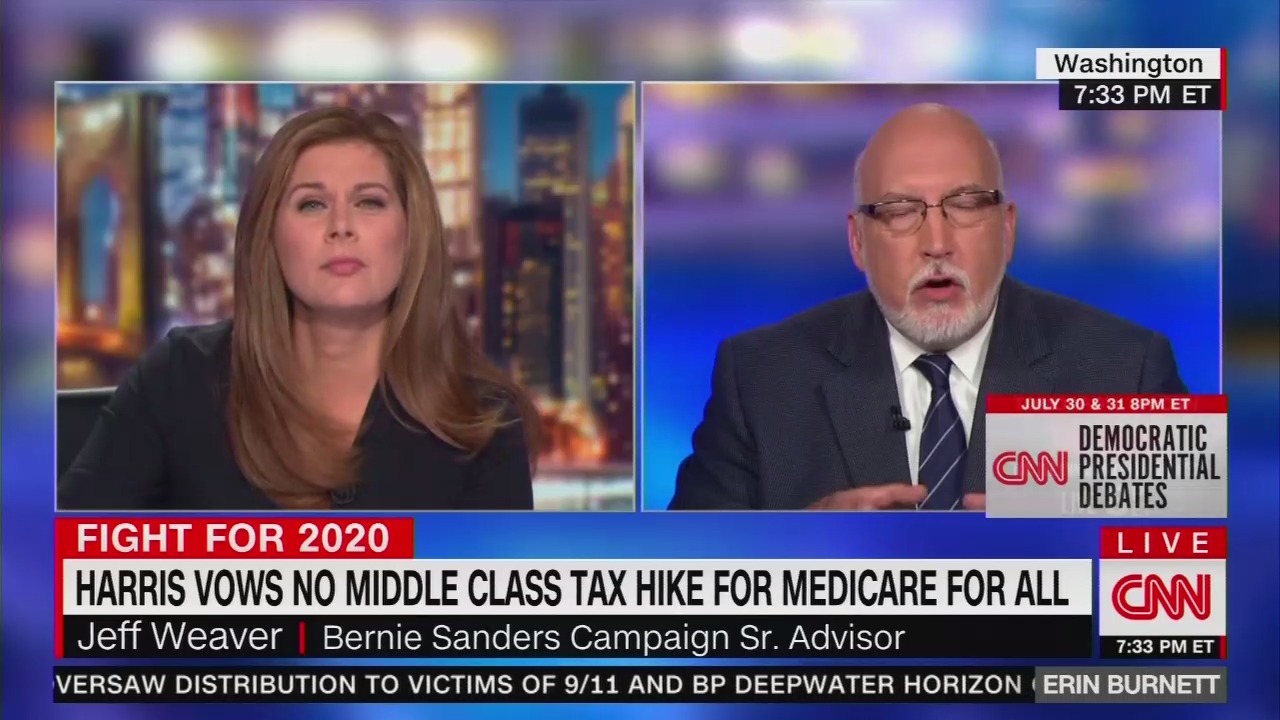 Are you a political campaigner having a tough time selling your expensive, socialistic plan? Just go on CNN, where (if you’re lucky) an anchor will tell you how you’re doing it wrong.

After Weaver claimed Sanders’ $40-trillion universal healthcare plan would include a tax increase, but that the cost savings of eliminating the entire private system of insurance would more than cover it, Burnett offered some free advice.

“Then why do you say there’s a cost of $40 trillion? I’m just trying to get around it even politically, right? If you’re saying we’re gonna save money why is the number that you’re acknowledging it with cost $40 trillion? You should be putting out, ‘It’s gonna save $5 trillion.’” she said.

At the beginning of the interview, Burnett said she gave Sanders “credit” for putting out a “big idea” and not being “afraid or trying to obfuscate” the huge price tag. Later, she downplayed Sanders’ admission to the Post that his plan would require hiking taxes on the middle class, telling Weaver, “I understand you’re saying ‘there might be, but you’re saving money in other ways.’”

During the segment, after bringing up the $40-trillion price tag she asked Weaver “how do you sell voters on this plan?”

He argued that the plan would remove bureaucracy, lost wages that currently go to health insurance costs, pricing pharmaceuticals like other countries and more that “we’re gonna save $2-5 trillion.”

Burnett wasn’t entirely convinced. But she expressed outright skepticism only about the idea that those “lost wages” would actually be paid to employees if private health insurance was eliminated.

She also sought Weaver’s response to Sen. Kamala Harris’s plan. Harris said she would not raise taxes on the middle class to pay for her version of Medicare-for-all after being told Sanders said it would be “impossible” without a middle class tax hike.

As Free Beacon reported, Washington Post national political reporter Robert Costa asked Sanders on July 17, "Should the middle class at all have a stake in creating a system like Medicare-for-All through a bit of a higher tax rate?"

"Well, of course," Sanders replied. "How do you think we … Health care is not free. Now, we pay for health care in a variety of ways, pretty complicated. About half of health-care dollars, more or less, comes from taxes."