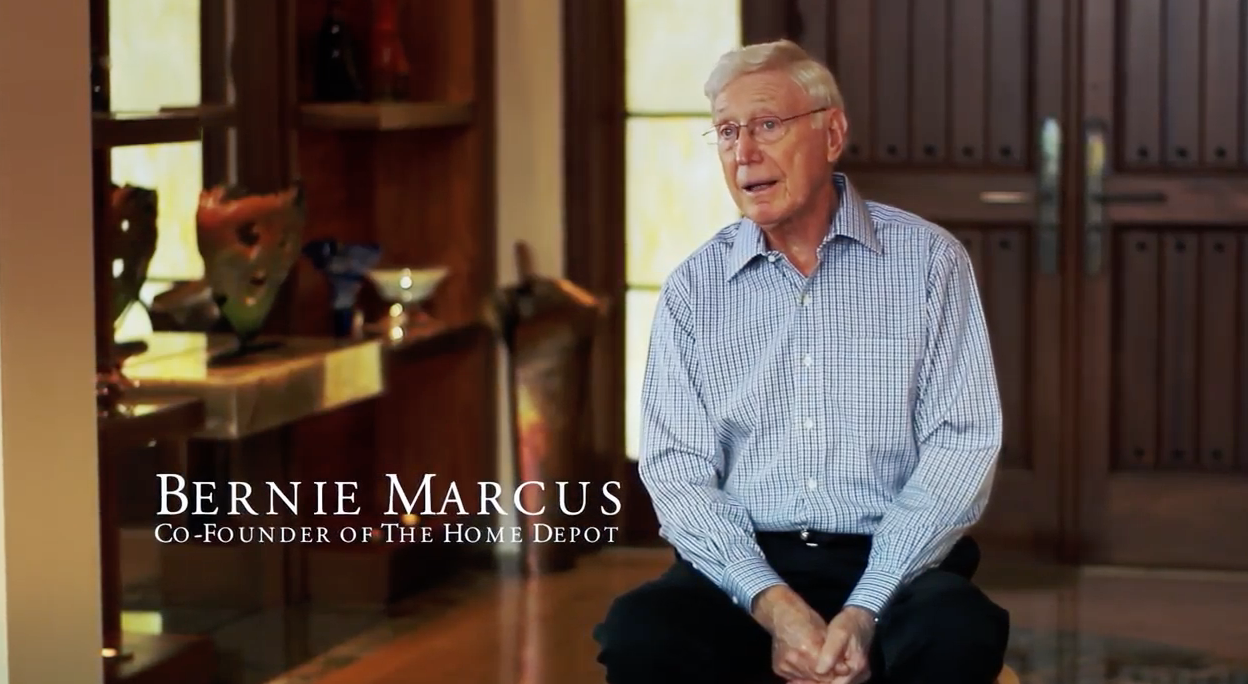 ould be easy to think Home Depot is only taking flack after liberal, Trump-haters launched a hashtag boycott. Especially judging from the news reports about their boycott.

USA Today reported on left-wing anger July 8, “Shoppers have taken to Twitter and other social media platforms to call for a boycott of Home Depot following news that one of its founders will back Donald Trump's bid for a second term in the White House.” 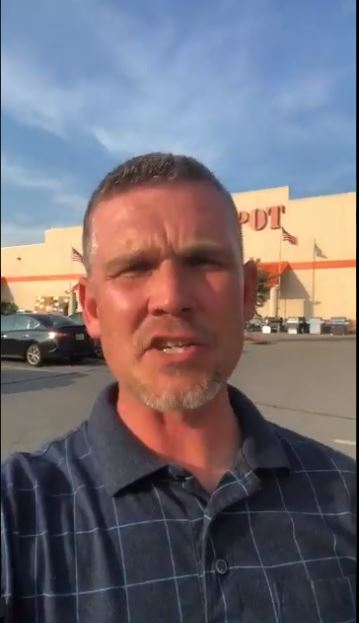 That co-founder, Bernie Marcus, told the Atlanta Journal-Constitution he will donate to Trump’s reelection campaign. He’s also been retired for many years.

Martin encouraged boycotters to "do some research," tweeting many facts about the company and its co-founders in a long thread. The list included the hundreds of thousands of jobs created by the company, the 3,000 people it turned into multi-millionaires, and other philanthropic efforts by Bernie Marcus in Atlanta, Georgia.

Conservative podcaster Dan Bongino tweeted, "Liberal boycotts are a joke. They are the best thing for your business. I expect Home Depot sales to spike this week." It was liked 21,000 times.

USA Today included three tweets from boycotters, without indicating other folks were supporting Home Depot on Twitter and blasting the “stupid” boycott.

Tweets from Twitter’s verified accounts (designated by a blue check mark) appeared to be dominated by supporters of both the store and the president. Even the official Twitter Moment highlighting the boycott only generated 20 retweets and 34 likes in more than a day.

Business Insider included seven anti-Home Depot tweets, and no rebuttals or defenses of the company. Those Tweets ranged from as few as 44 likes up to 2,345 likes.

A single tweet from @JoeTalkShow (Joe Pagliarulo) defending the company has 15,000 likes. 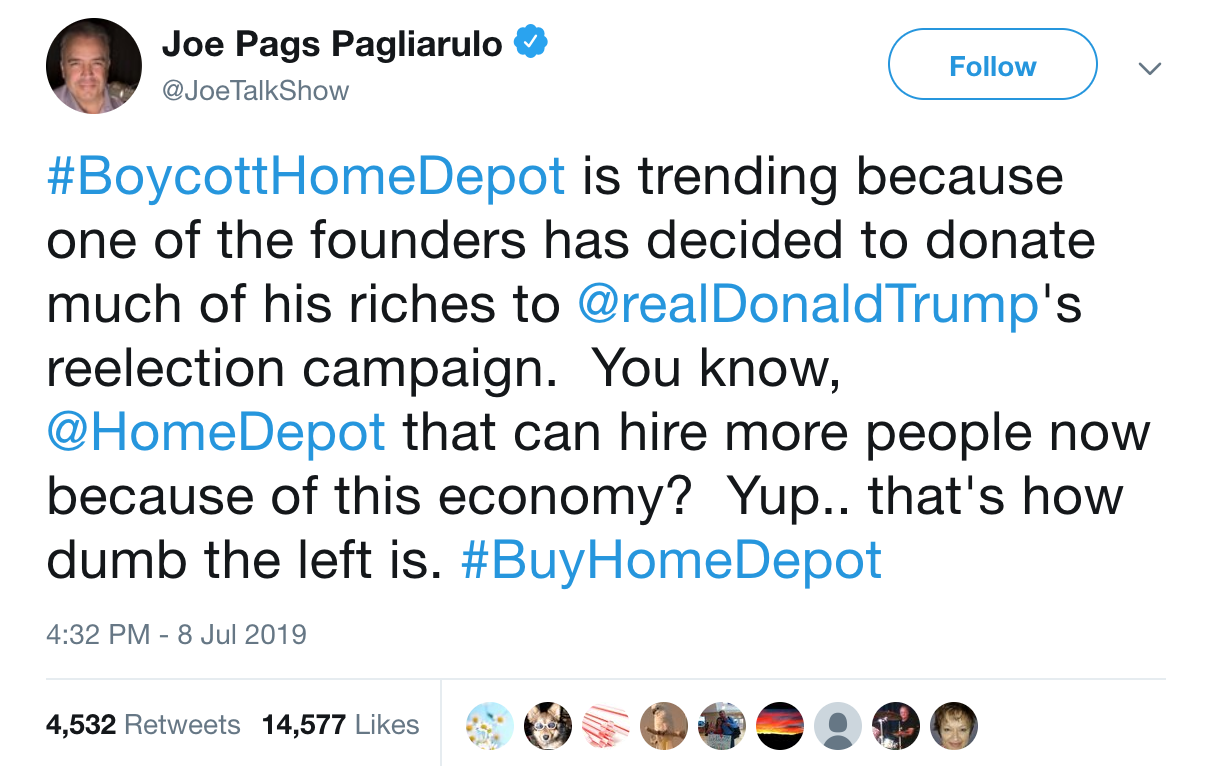 Newsweek and the New York Post were rare exceptions that at least noticed supporters of Home Depot before President Donald Trump tweeted about it on the evening of July 9. Newsweek mentioned Locke’s very popular tweet defending the company. New York Post quoted three boycotters and three defenders on July 9.

The Washington Post seized on Trump’s criticism of the “radical left” using a boycott against Home Depot, to attack him for hypocrisy because of his own past calls for boycotts.