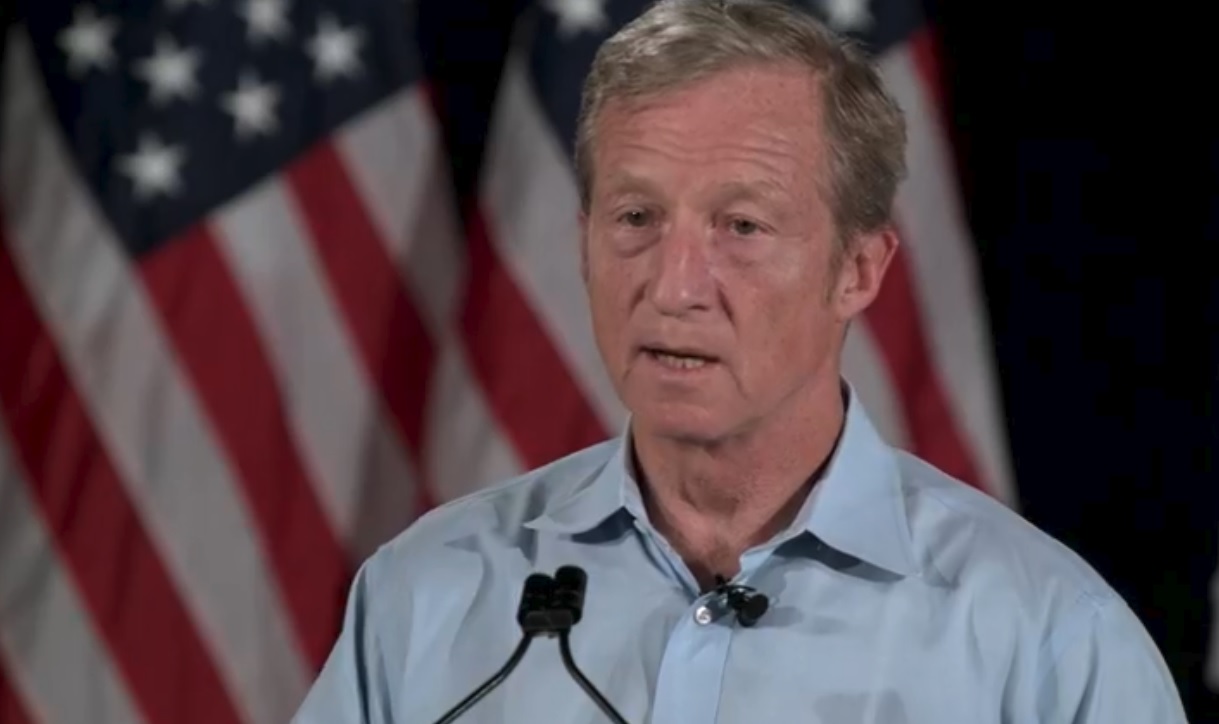 After already committing $110 million to his midterm efforts, California billionaire Tom Steyer said he would spend even more to turn out liberal voters in November.

At a Lansing, Mich., town hall on Aug. 13, Steyer announced he would spent another $10 million on a “Need to Vote” campaign through his Need to Impeach organization. He told the crowd they are in a “fight to save the soul of America.”

“So we all know the stakes of this election couldn’t be higher and I know that many of you are looking for ways to contribute beyond voting. That’s why I’ve decided to invest an additional $10 million to organize this community through a national get out the vote campaign,” Steyer told the crowd.

In the past, liberal media have portrayed Steyer as an environmental hero for his green energy companies, but disregarded the hypocrisy of having a fortune build on coal. More recently, reporters ignored his controversial remarks and political ads, although some started to suggest Steyer’s goals aren’t welcomed by all of the left.

Bloomberg reported on Aug. 13, that Steyer’s impeachment efforts “put him at odds with Democratic Party leaders who’ve dismissed the idea as a distraction that may end up energizing Trump voters.”

His “Need to Vote” campaign will include TV and digital ads, calls, handwritten letters, and sending out volunteer coordinators to organize volunteers in communities to get out the vote.

“We’re going to contact each and every one of our supporters and encourage them to cast a ballot by the time polls close Nov. 6,” Steyer also told the assembly.

In addition to verbal attacks on “reckless, lawless” President Donald Trump and the ineffectuality of Congress, Steyer also ranted about gun control, wildfires and cost of health care.

Steyer’s NextGen America organization used to be called NextGen Climate and focused solely on climate change and environmentalism. So it was not surprising when Steyer went even farther than the liberal news media have, claiming “Wildfires are raging across the West right now because we haven’t worked to prevent climate change.”

Many experts attribute the huge wildfires to changes in forestry policy and land use in California. Some even told California news outlets fires are an “essential” part of the state’s ecosystem. The proliferation of homes in wilderness regions has made it much harder to carry out planned, controlled burns to keep wildfires from being stronger and larger.