California is burning. Multiple wildfires are claiming lives and property and the smoke is so bad, even Yosemite had to be evacuated.

News outlets should be reporting all the factors that contributed to the terrible fires and not exploit tragedy to score political points. Instead, the liberal media have been latching onto the fires as evidence of the threat of climate change and bashing the Trump administration every chance they get. 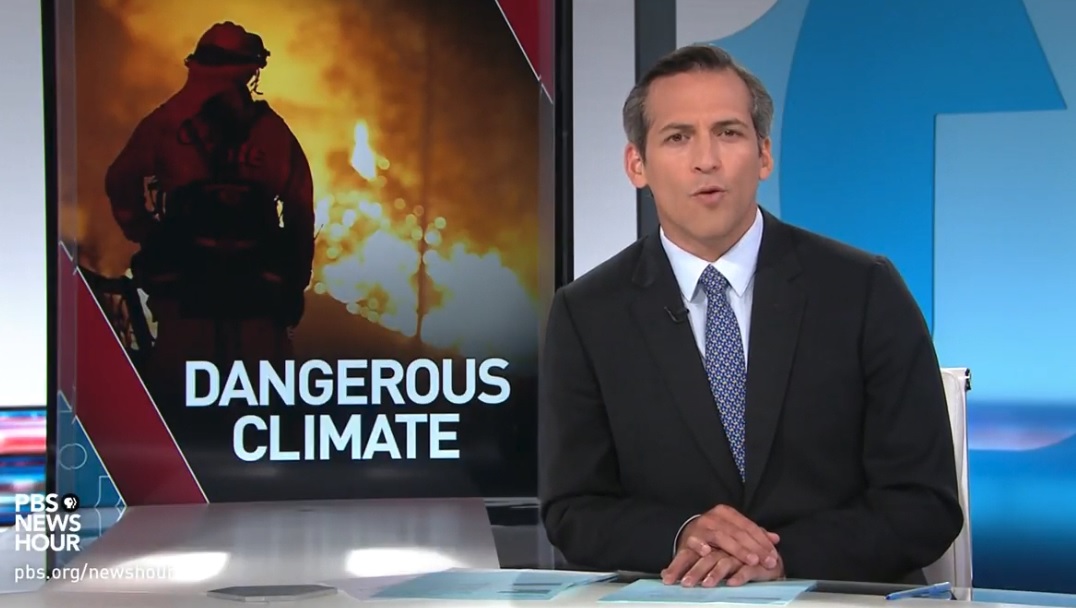 The media also adamantly criticized President Donald Trump over his tweets about the California wildfires. His tweets criticized California over water and environmental policies and called for clearing trees from forests to minimize fuel for wildfires.

New York Magazine blasted Trump’s “nonsense” tweets on Aug. 6, calling them a “word salad.” The liberal publication focused solely on Trump’s remarks on water policy, which a Cal Fire spokesman said isn’t a problem for the firefighters. But like other media, in its attempt to make Trump sound stupid NY Mag ignored another remark, “Must also tree clear to stop fire spreading.”

Thinning the forest is actually an important part of preventing and mitigating wildfires, and one that even California’s liberal Gov. Jerry Brown promoted in an Aug. 1, press conference.

When asked on Aug. 1, how the state would try to deal with the fires, Brown said, “we have a forest management task force to do planned burnings to thin out the forest.”

As hard as the media try to claim California fires are proof of climate change induced weather “weirdness,” the fact remains “California is a flammable landscape.”

In fact, fires are an essential part of our healthy ecosystem, Randi Spivak of the Center For Biological Diversity told the Mercury News. “These areas have always burned, and they’ll burn again,” she said. “Anyone who thinks we can fire proof these wild areas is mistaken.”

PBS, NPR and Others Ignore Forestry, Land Use Problems in Wildfire Stories

Many of the liberal media’s reporting ignored much more certain human causes than climate change. They often ignored changes to California’s forestry practices and land use that have made wildfires more likely to spread and far more devastating.

A 2018 study in the journal Natural Hazards found that the number of homes threatened by potential wildfires increased by 1,000 percent in the last 50 years. Why? Because more and more people are building homes in the middle of danger zones.

"This is a people problem," U.S. Geological Survey fire scientist Jon Keeley told the Mercury News on Aug. 5. "What’s changing is not the fires themselves but the fact that we have more and more people at risk."

That Mercury News story explained the impact and higher expense of putting homes in forests and wildlands: “It’s harder to do controlled burns — one of the most effective fire suppression techniques — near residential areas, due to smoke concerns. Until the 1970’s, fire suppression tended to minimize fire spread.”

But many national publications chose to focus on climate change and attack Trump, rather than identifying those factors.

Just like NY Mag, National Public Radio also sought to discredit Trump’s tweets and ignored the fact that Brown and Trump both called for clearing out forests to help mitigate the threat of wildfires.

On Aug. 6, NPR co-host Ari Shapiro turned to climate and wildfire science specialist LeRoy Westerling to dismiss the president’s ideas — including his remarks on tree clearing.

Shapiro said, “in one of his tweets, President Trump said California must also tree clear to stop fire spreading. Would getting rid of trees stop fires from spreading?

“I think what he's referring to is that in the forest areas in the state, fire suppression has led to increased, you know - higher density of trees. Fires like the Carr Fire are primarily burning in grass chaparral. And so tree clearing isn't going to have a big impact on those fire risks,” Westerling replied.

Yet many experts and even California’s governor say thinning the forests is an important part of fire mitigation. The Weather Channel (which also connected climate change to the fires), even acknowledged the dry brush consumed by the Carr Fire had not been “cleared by controlled burns or other means.”

In his early August press conference, Brown had promoted the idea of controlled or planned burns in his press conference. The tool has been used much less in recent decades by California.

PBS NewsHour also aired a segment about the deadly wildfires which had claimed at least eight lives, but it was focused almost entirely on climate change.

The only remarks from California’s governor NewHour cited were his climate change remarks: that California is facing a “new normal” because of human-caused climate change.

NewsHour ignored his other remarks, including the forest clearing suggestion that had also been promoted by Trump. NewsHour failed to discuss whether the state’s forestry practices had been inadequate or contributed to the fires. It also never mentioned the problem of property development in forested areas — which limits the ability to clear forest undergrowth through controlled burns.

Instead, the PBS show fixated on climate change. It noted that European countries also dealing with a heat wave and horrible fires and interviewed climate alarmist Michael Mann of Penn State. Mann said it is possible to conclude “with a great deal of confidence ... that climate change is making these events more extreme.”

Many other liberal media did the same. “Extreme heat and wildfires made worse by climate change, say scientists,” proclaimed an AP headline on July 28. That article quoted several climate scientists and claimed the heat and fires were “all being made worse by human-caused climate change.” But it also ignored forestry and land use factors.

The Los Angeles Times proved it continued to care more about its climate change agenda than balanced reporting when it connected the state’s heat wave and wildfires to global warming on Aug. 5.

It quoted climatologist Nina Oakley who declared, “We are seeing the impacts of climate change now.” She also told the paper “This is certainly it. It’s happening.” The paper also turned to UCLA climate scientist Daniel Swain who made it sound abnormal.

“We’re having peak fire season conditions in the off-peak time of year, and there’s no real indication that things are going to get better before the peak of the season in the fall,” Swain said.