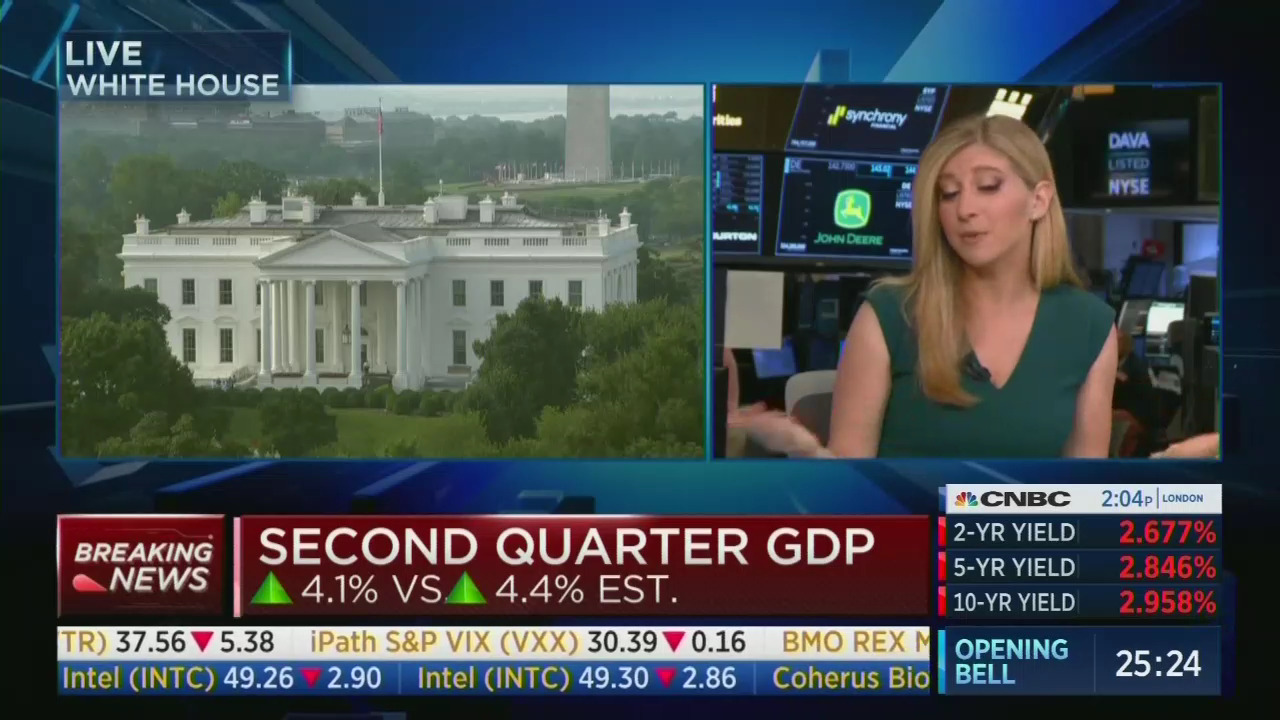 CNBC’s Squawk on the Street and Bloomberg.com viewed the latest U.S. GDP report as good news for the Trump administration.

The 4.1 percent second-quarter GDP estimate announced July 27, was the best quarterly pace in almost four years. Bloomberg.com called it a “Win for Trump” that same day.

Squawk on the Street co-anchor Sara Eisen said, “Though, look, he is right to take a victory lap here because there are places in this GDP report he can point to to show that his policy is working.”

“Fiscal stimulus, corporate tax cuts, individual tax cuts, the consumer spending component. This is a consumer economy growing 4 percent, that was better than expected and that marks a significant pick up,” Eisen added.

Bloomberg reported that the rate was “just shy of the 4.2 median forecast in a Bloomberg survey,” and let Trump “claim a win for his policies even though expansion is projected to cool.”

President Donald Trump reacted to the report proudly, saying the economy is on track to reach his target of more than 3 percent annual growth.

However, that remained a question for CNBC.

“The question is, does it raise the annual GDP forecast above 3 percent? We know that was the president’s goal. You know, post-financial crisis this recovery has been averaging about 2.2 percent annual growth. That’s why it’s been called the ‘slow-growth,’ ‘disappointing’ recovery ...” said Eisen. “Can Trump’s fiscal stimulus put us above that point on an annual basis? That’s why the second half is gonna be so key.”