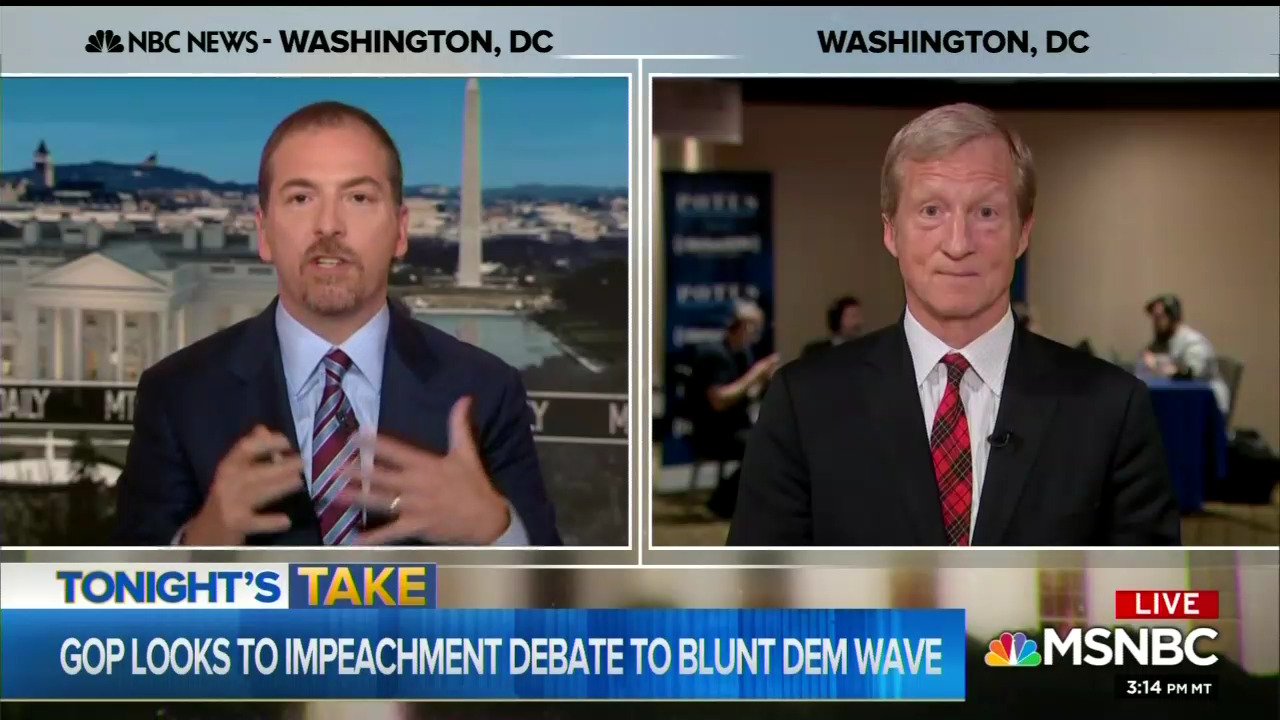 Billionaire Tom Steyer is still digging out from under his response to a question about whether President Donald Trump is like “Hitler.”

Near the end of an MSNBC interview about his impeachment efforts, someone in the liberal media finally asked liberal “activist” Steyer about the Trump/Hitler comparison a woman made to Steyer last week.

MTP Daily anchor Chuck Todd played a video clip of Steyer’s response to the question “what’s the difference between him [Trump] and Hitler?” and then asked the mega-donor if he’s concerned that impeachment arguments become a slippery slope.

Steyer downplayed his earlier remarks telling Todd, “If you listen to me in that answer, I was saying ‘no,’ that’s not a fair comparison because he hasn’t done what Hitler did.”

While Steyer did eventually note the “very big” difference that President Trump hasn’t killed millions of people, he began replying by noting similarities between Trump and Adolf Hitler such as being “incredibly skillful and talented” communicators. The Need to Impeach founder’s remarks were greeted with dissatisfied murmurs from the crown at the May 10, rally in Iowa.

Although he claims he is not going “overboard,” Steyer is throwing millions of dollars into efforts to impeach the president including at least $20 million on advertisements and $30 million to engage millennial voters. Bloomberg reported in April that Steyer had upped his planned impeachment spending to $40 million.

Earlier in the program Todd also pointed to the states in which Steyer is running political ads [Iowa, Nevada, New Hampshire] and asked, “Is this simply about you raising your profile to run for president?” Steyer said, “Absolutely not.”