Schwarzenegger Wants To Strap Anti-EPA ‘Mouths’ To ‘Exhaust Pipe,’ Turn on the Engine 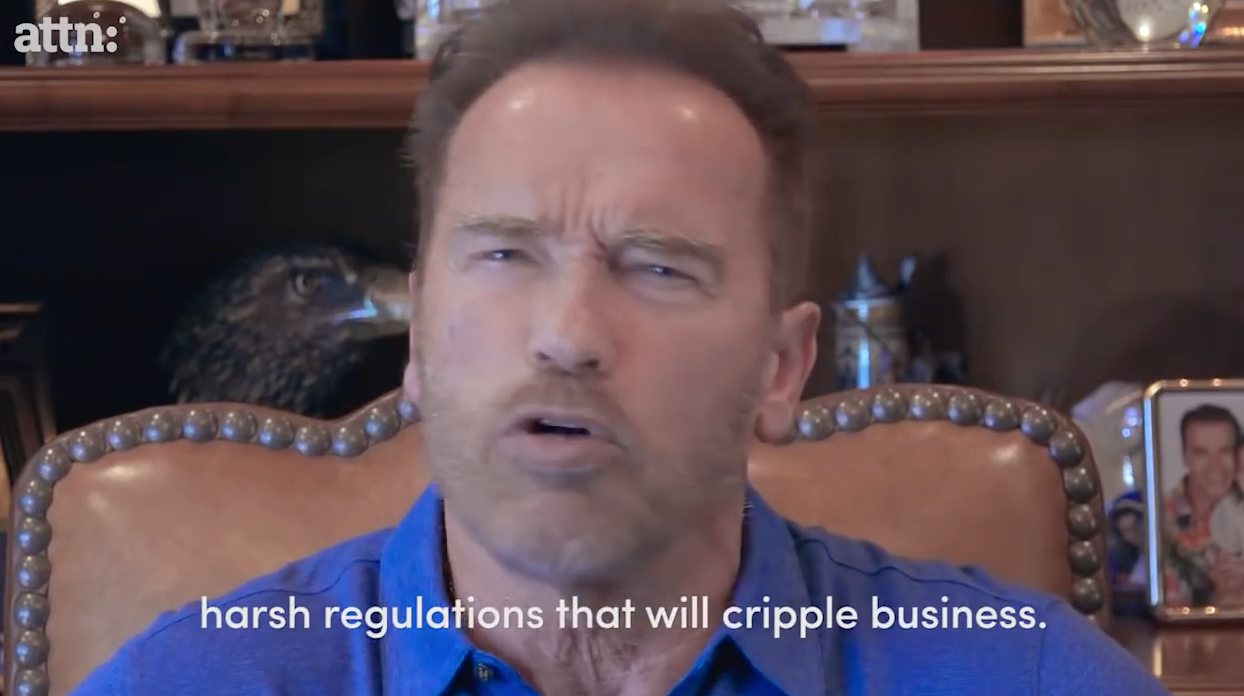 In a recently posted video, the Terminator star said, “Some politicians even want to shut down the EPA’s ability to regulate carbon! I would like to strap their mouth to an exhaust pipe of a truck, turn on the engine and let’s see how long it would take for them to tap out.” He made similar threats in 2013.

In addition to that being a terrible, violent threat against people who disagree with him, he seems to be confused about exhaust pollution. Tailpipes release several gases including carbon monoxide, a poisonous gas that can kill due to inhalation. Carbon monoxide is not the same as carbon dioxide.

Using spliced together clips from his films, Schwarzenegger literally called “bullshit” on claims that the EPA’s “harsh regulations” will “cripple business” and the economy. He also denied that solutions are “too costly.”

Schwarzenegger claims to be anti-fossil fuels, but as governor he used his private jet to fly over three hundred miles back and forth from his California mansion to Sacramento several times a week.

Schwarzenegger joined forces with fellow eco-hypocrite James Cameron to make an anti-meat eating public service announcement in June 2016. The two also worked together on Years of Living Dangerously, but he clearly didn’t heed Harrison Ford’s episode on deforestation. In 2014, Business Insider cited a report from the non-profit Global Witness which claimed Schwarzenegger profited heavily from palm oil-related deforestation and that he was invested in one of these companies.

“Ironically, some of the same companies that are responsible for the worst abuses are among the holdings of Dimensional Fund Advisors (DFA), the $US338 billion fund of which Mr. Schwarzenegger is estimated to own some 5%,” Business Insider wrote.