Want to win an award for “distinguished environmental journalism?”

Just make sure to work for an organization that gets anti-oil and gas funding from the same source as the prize and the university awarding that prize. Oh ... and one of the judges for the panel tasked with picking a winner.

It worked for InsideClimateNews (ICN), a liberal non-profit which claims to independently cover energy and climate issues. ICN is funded by a host of liberal donors and foundations including the Rockefeller Brothers Fund and the Rockefeller Family Fund.

Columbia University’s school of journalism announced on Aug. 24, that ICN won the John B. Oakes Award for Distinguished Environmental Journalism and a $5,000 prize, which will be presented in the fall by the Columbia Journalism School by Dean Steve Coll. Coll once wrote a book criticizing ExxonMobil. 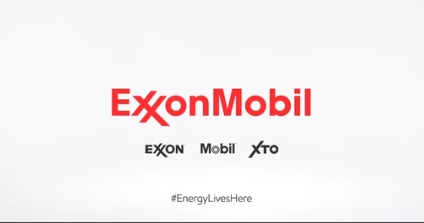 It won the prize for its hit job on ExxonMobil called, “Exxon: The Road not Taken,” which portrayed the company as having known about alleged climate danger of fossil fuels for many years. That series, and another in the Los Angeles Times written in partnership with Columbia, boosted NY Attorney General Eric Schneiderman’s claims that Exxon misled the public and its investors on climate change.

He announced an investigation of the oil company in November 2015 and attempted to get other attorneys general to go after the company too. The left popularized the campaign with the hashtag #ExxonKnew. Although the investigation is now collapsing, according to a column in The Wall Street Journal.

Energy In Depth summarized the circular system on Aug. 24, “What we have here are Rockefeller-funded organizations passing around Rockefeller money to recognize the good work these groups have done to advance the Rockefellers’ desired narrative about Exxon and climate change.”

Reuters reported on March 24, 2016, that the Rockefeller Family Fund would divest from fossil fuels and “eliminate holdings” of Exxon Mobil Corp. because the company “misled the public about climate change risks.”

Exxon said that was expected since the fund gave money to both groups that did investigative reporting promoting the idea that #ExxonKnew climate change was a serious threat years before the company publicly said so (ICN and Columbia University’s Journalism School’s energy and environment fellowship).

"We supported public interest journalism to better understand how the fossil fuel industry was dealing with the reality of climate science internally and publicly," Rockefeller Family Fund Director Lee Wasserman told Reuters. "No specific company was targeted in our push to drive better public understanding and better climate policy."

The anti-Exxon attacks fit the agenda of Columbia Journalism School Dean Steve Coll too. Coll wrote Private Empire criticizing ExxonMobil in 2012 before joining Columbia. At Columbia he urged the Rockefeller-funded energy and environmental fellows to continue his research. That led to a partnership with the Los Angeles Times to write an investigative series attacking ExxonMobil beginning in Oct. 2015.

In spite of the troubling ethics surrounding this reporting and the NY AG’s crusade against ExxonMobil, the liberal news media weren’t very critical of the investigation or the possibility it could stifle free speech or create a “chilling” effect.