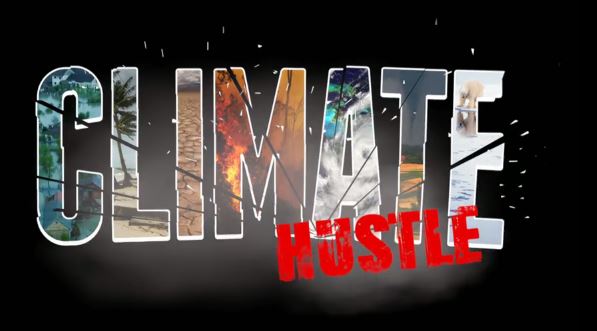 The MRC has spent many years documenting the liberal media’s bias towards climate alarmism, from warnings of an “inevitable” ice age, to misreporting 2014 as the “hottest year” on record.

The panelists discussed the media’s flip-flops between global cooling and global warming scares, the misleading statistic of “97 percent” consensus among scientists, as well as the chilling effect on science of left-wing calls to prosecute or jail climate skeptics as “war criminals” or under RICO laws.

Morano also shared exclusive clips from an interview he did with Bill Nye “The Science Guy,” suggesting his new moniker could be “The Jail-The-Skeptics Guy.” Morano asked Nye about Robert F. Kennedy’ Jr.’s call to jail climate “deniers” for treason. Nye refused to dismiss such calls as extreme or over the top.

“For me as a taxpayer and voter — the introduction of this extreme doubt about climate change is affecting my quality of life as a public citizen. So I can see where, people are very concerned about this and are pursuing criminal investigations as well as, uh, as well as engaging in discussions like this,” Nye told Morano.

Rather than being concerned about the “chilling effect” prosecution would have on scientists, Nye claimed skeptics are “leaving the world worse than they found it ...”

“I’m very passionate about this issue,” Palin told Variety in an exclusive interview before the April 14, Capitol Hill event. “We’ve been told by fearmongers that global warming is due to man’s activities and this presents strong arguments against that in a very relatable way.”

The panel discussion was videotaped to be shown at the conclusion of Climate Hustle when it premieres in theaters across the country May 2, during a one-night presentation by Fathom Events and SpectiCast.

“This film is truly unique among climate documentaries. ‘Climate Hustle’ presents viewers with facts and compelling video footage going back four decades, and delivers a powerful presentation of dissenting science, best of all, in a humorous way. This film may change the way you think about ‘global warming,’” Morano, the host of Climate Hustle and publisher of Climate Depot said in a press release.

The movie also includes many examples of egregious bias by the liberal news media on climate change.

Editor's note: Morano worked for our colleagues at CNSNews.com from 2001 to 2006.