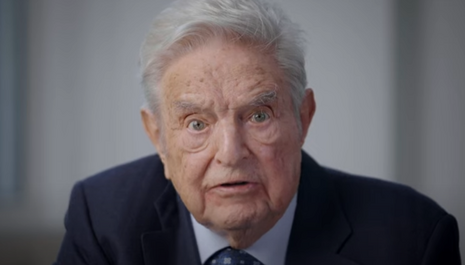 CNBC reported that Soros’ Open Society Policy Center "quietly" spewed $140 million “to advocacy organizations and ballot initiatives in 2021,” which is in addition to the over $170 million he "personally" spent to bolster Democratic candidates and campaigns in the 2022 midterm elections. It gets worse.

CNBC noted that the new numbers bring Soros’ multimillion-dollar agenda to buy up elections and political influence to roughly $500 million since January 2020.

“The donations bring Soros’ contributions to political campaigns and causes since January 2020 to roughly half a billion dollars — at the least,” CNBC analyzed. “[M]ost of [the funding was] steered through dark money nonprofit groups and going largely toward political causes aligned with Democratic Party.” Soros reportedly doled out another “$138 million to advocacy groups and causes in 2020.” [Emphasis added.]

The latest news on Soros’ initiative to spend ungodly amounts of cash on politics follows reporting in December 2022, that he already spent another $50 million in order to give Democrats a headstart in the 2024 presidential election.

But Soros’ sphere of influence is not limited to just the American political scene in isolation. The billionaire also poured a fortune into media organizations around the world to help infuse the global political landscape with his leftist ideology.

MRC Business released a groundbreaking report Dec. 6, 2022 documenting Soros’ financial ties to 253 journalism and activist media groups across the world. These groups wield massive power over the flow of information in national and international politics. So not only is Soros spending hundreds of millions of dollars to elect his radical candidates, he’s also ensuring that the global media amplify his radical leftist messaging on issues including abortion, Marxist economics, anti-Americanism, defunding the police, environmental extremism and LGBT fanaticism to help secure the political outcomes he desires.

Soros once stated that his goal was “to become the conscience of the world,” according to late New York Times reporter Michael T. Kaufman’s 2002 book Soros: The Life and Times of a Messianic Billionaire. He clearly wasn’t kidding.