Facebook fact-checker PolitiFact played the role of the village idiot by fact-checking an Instagram post that dared to slam the Biden White House for redefining the word “recession.” 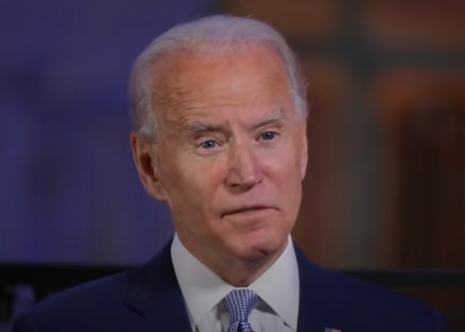 PolitiFact ran one of its so-called “fact-checks” July 27 with a headline that blared: “No, the White House didn’t change the definition of ‘recession.’” PolitiFact senior correspondent Louis Jacobson chose to attack an Instagram post that used Siri to define the meaning of a recession. “The White House is now trying to protect Joe Biden by changing the definition of the word recession,” said Dear America podcast host Graham Allen. Allen then asked Apple's Siri, which defined recession as a “period of temporary economic decline” that is “generally identified by a fall in GDP in two successive quarters.” But Jacobson, in all his wisdom, accused Siri of having just “plucked” the definition from an “online dictionary." “This post was flagged as part of Facebook’s efforts to combat false news and misinformation on its News Feed,” Jacobson squealed. [Emphasis added.]

Siri educates me on the meaning of "recession" because apparently none of the talking heads in the @WhiteHouse or the media seem to know what it means anymore. 🤪🤪🤪🤪 pic.twitter.com/fSRCTMXx1n

Jacobson apparently couldn’t help himself, and engaged in a battle of wits with the AI-powered Siri:

For starters, the definition read by Siri — which holds no official stature other than providing an answer chosen by artificial intelligence — includes an important word that the narrator glosses over, namely ‘generally.’ In other words, the one-sentence definition Siri provided is not a closed answer. It’s a general guidance that includes exceptions.

Jacobson cried that the White House blog which sought to downplay the generally accepted understanding of recession was “not only accurate about what the official definition of a recession is, but it’s also citing the longstanding definition, not something the White House suddenly cooked up as cover.” He whined that Siri didn’t use “another source of information: the website of the National Bureau of Economic Research’s Business Cycle Dating Committee, which is the official arbiter of when U.S. recessions begin and end.” Jacobson propagandized that the NBER was “also the entity cited throughout the White House’s blog post.”

But as American Institute for Economic Research Research and Education Director Phillip Magness stated in a Wall Street Journal op-ed: “There is no federal statute that appoints the NBER as the official arbiter of recessions. Quite the contrary, the federal government has historically followed the conventional textbook definition” of two-quarters of negative GDP growth. Even the liberal think tank Atlantic Council, which also tried to downplay the “two-quarter rule,” called it the “textbook definition of a recession.” Even former President Bill Clinton defined a recession in 2000 as “two quarters in a row of negative growth.”

Magness didn’t mince words and also accused the White House of “playing semantics by redefining the term [recession].”  It’s too bad for Jacobson that former Federal Reserve Board governor H. Robert Heller just told CBS 2's Brad Edwards yesterday: “We have two quarters of negative growth, and most economists have defined a recession as two negative quarters – so we got it.” But Jacobson flailed that “a dozen economists” he interviewed “cautioned against overreliance on the two-quarter rule, particularly in the current moment.” [Emphasis added.]

But Jacobson even failed to note that the White House admitted per the NBER’s more flexible definition that “there are no fixed rules or thresholds that trigger a determination of decline.” So Jacobson appears to be having a beef that the “textbook definition” just isn’t as vague as one organization’s definition.

Conservatives are under attack. Suggest to PolitiFact that arguing with Siri doesn’t do well for its optics as a fact-checker.