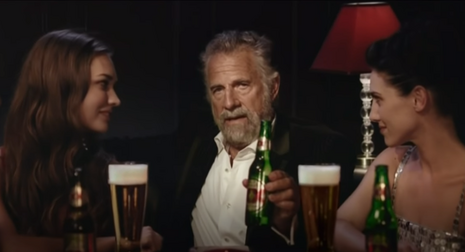 It’s too bad that the website where the Oxford study was published, called medRxiv, issued a stark “caution” about the media propagating preprints:

Caution: Preprints are preliminary reports of work that have not been certified by peer review. They should not be relied on to guide clinical practice or health-related behavior and should not be reported in news media as established information, [emphasis added].

The headlines the media ran made the study sound like “established information.”

The irony is that the liberal outlets that ran the anti-alcohol headlines all mentioned that the study they pushed hasn’t been peer-reviewed yet. The Atlanta Journal-Constitution specifically chose to note the “yet to be peer-reviewed” qualifier in the last line of its 11-paragraph story. But, the qualifier for the study that CNN, The Guardian, Yahoo! News, People and The Atlanta Journal-Constitution briefly mentioned was more serious than they made it seem.

The study hyperlinks to a definition of “unrefereed preprint[s]” that issued serious warnings, which CNN, The Guardian, Yahoo! News, People and The Atlanta Journal-Constitution chose to overlook:

Readers should therefore be aware that articles on medRxiv have not been finalized by authors, might contain errors, and report information that has not yet been accepted or endorsed in any way by the scientific or medical community. We also urge journalists and other individuals who report on medical research to the general public to consider this when discussing work that appears on medRxiv preprints and emphasize it has yet to be evaluated by the medical community and the information presented may be erroneous, [emphasis added].