Economist Stephen Moore joined Fox Business to warn Americans about what Democratic presidential nominee Joe Biden would do to the oil and gas industry through his regulatory agenda. 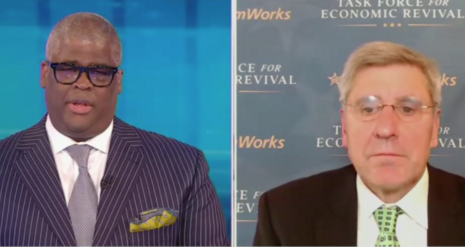 Wednesday afternoon during the Fox Business Network’s Making Money, host Charles Payne referred to President Donald Trump’s regulatory relief agenda as the “unsung hero of this economic recovery.” Moore estimated that average American households saved about $3,000 under the Trump deregulation effort. “You’re talking about tens, if not hundreds of billions of dollars of savings,” Moore said. Contrasting this to a potential Biden administration, Moore warned: “People just ask me: ‘Is Joe Biden lying when he says he’s not going to outlaw fracking?’” And I say, ‘No, he doesn’t have to outlaw it.’” He continued: “Charles, the left didn’t outlaw coal mining, right? All they did was just regulate it to death, and they caused a shrinkage of that sector by 50 percent.”

According to Moore, “That’s exactly what they’re going to do with oil and gas.”

Moore assessed that the Biden administration is “not going to outlaw [oil and gas.] They’re just going to make it so expensive with regulations that it becomes an untenable industry and that it will shrink.” He continued: “I hope I’m wrong about that, by the way. I love our oil and gas industry. But, I fear that’s what’s coming.”

Earlier in the segment, Moore noted that people were closing their eyes to “the regulatory state” under Trump. As Moore stated, “Donald Trump didn’t need Congress to make his regulatory relief measures. And we know that Joe Biden — if he’s president — is going to want to re-regulate, especially in the energy area and in the healthcare area. And that can do real damage.”