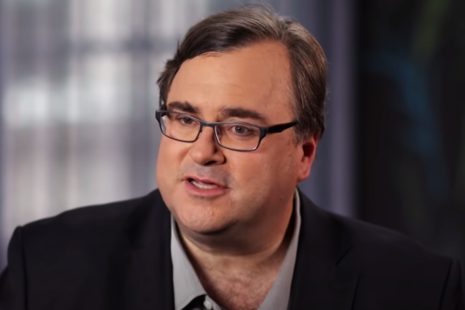 This pivoted off of the ongoing ad boycott of social media giant Facebook for not aggressively censoring Trump. Hoffman “is exploring ways to launch a similar boycott of President Trump and his White House,” Vox Recode reported July 2. Recode projected that Hoffman could spend as much as “$100 million this election cycle.” He reportedly said in an interview with New America CEO Ann-Marie Slaughter: “‘Frankly, on the political side, one of the things I’ve been thinking about trying to go stimulate for the next month is an anti-Trump boycott.’”

Hoffman also said that “‘The various forms of enrichment with Mar-a-Lago and all the rest should not be part of an American political system.” Hoffman continued: “It should be protested in economic ways, as well as political ways.’” [Emphasis added.]

Vox characterized the new push: “Hoffman’s team thinks they shouldn’t just boycott Facebook, which broadcasts that hatred, but rather those who voice it, like Trump.”

Based on previous conversations, Vox theorized that the “the move by Hoffman could resemble an effort like Grab Your Wallet.” Grab Your Wallet is a leftist campaign that “convinced some retailers, including Nordstrom and T.J. Maxx, to drop products associated with Trump and his family.” Another theory by Vox suggested that Hoffman “may try to organize some boycott of Trump properties, such as Mar-a-Lago.”

But this isn’t the only political venture Hoffman has engaged in this election cycle in order to shape the results of the 2020 election.

Previous reporting showed that Hoffman was being joined by other Big Tech billionaires in a plot to boost presumptive Democratic nominee for president Joe Biden.

Democrats had been “scrambling to patch [Biden’s] digital deficits," according to Vox Recode. “[B]ehind the scenes, Silicon Valley’s billionaire Democrats are spending tens of millions of dollars on their own sweeping plans to catch up to President Donald Trump’s lead on digital campaigning.” [Emphasis added.]

Recode said these “sweeping plans” are “poised to make [these billionaires] some of the country’s most influential people when it comes to shaping the November results.”