Karl Marx Approves: The Nation Rants ‘Property Destruction’ May Be Integral to Success of ‘Uprising’ 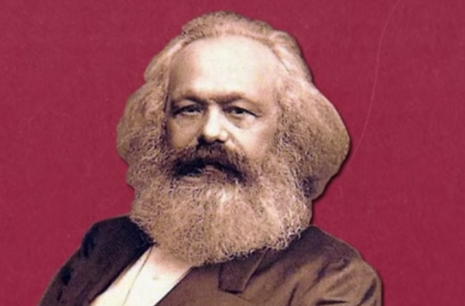 The Nation teased its radical piece with a tweet that read: “Offensive as it is to liberal sensibilities, property destruction may be integral to the success of the current uprising.” The piece was headlined “In Defense of Destroying Property.” It exploited the murder of George Floyd to propagandize that “This moment calls for the left to define violence and nonviolence for itself—to decide what nonviolence means in the face of overwhelming state brutality and structural economic and racial injustice.”

Advocating for the abolition of private property, Marx and co-author Friedrich Engels wrote:

The Nation’s whole article dripped with hammer-and-sickle fury. Author R.H. Lossin speculated: “But what if property destruction is more than an understandable lapse of judgment and loss of control?” Lossin continued: “What if [property destruction] is not a frustrated, emotional reaction but a reasonable and articulate expression in itself?” 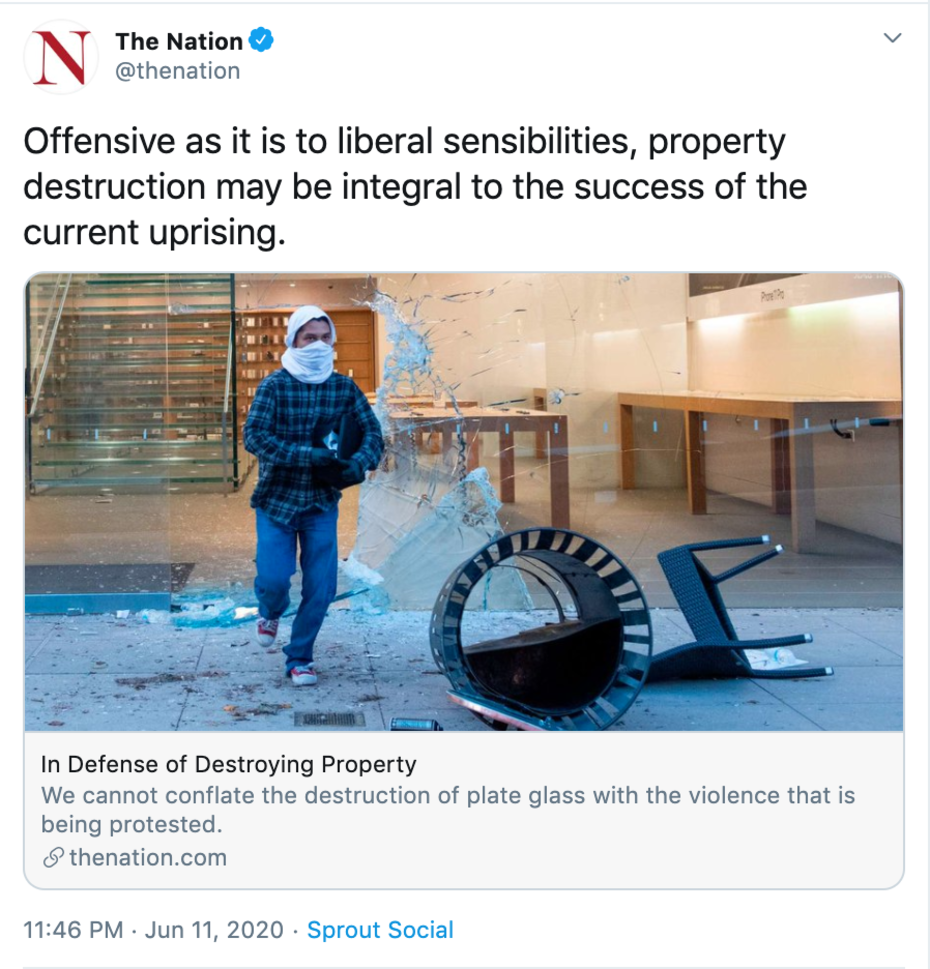 She had the audacity to say that “[a]ttacking police stations, for example, makes rational sense. It is not the sudden, spontaneous expression of a disordered and irrational mob but the clear enactment of a political position.”

The destruction is too widespread to attribute it to a few bad actors, and in some cases—such as the attacks on the CNN headquarter and the widespread vandalism of Confederate monuments—too precise and symbolically potent to be attributed solely to an opportunistic ‘criminal’ element. The fantasy of outside agitators—a perennial feature of politicians’ responses to radical political action—is a means of presenting the real threat posed by mass actions as something foreign to the action itself.”

For Lossin, “Nothing” symbolized "the exclusion, deprivation, and gross inequality” more perfectly in our economic system than the “luxury stores looted in New York City’s SoHo district before the imposition of the curfew.”

Given that capitalism largely restricts pleasure to the consumption of goods, we should be able to entertain the idea that this taking of unnecessary things—while not a recognizably political act—is understandable or even a [sic] justifiable.

If the proletariat during its contest with the bourgeoisie is compelled, by the force of circumstances, to organize itself as a class, if by means of a revolution it makes itself the ruling class and, as such, sweeps away by force the old conditions of production, then it will, along with these conditions, have swept away the conditions for the existence of class antagonisms and of classes generally, [emphasis added].

Lossin said that "The notion that protesters are mistakenly employing violence and thus counterproductively adding to some imagined social sum total of violence" was "flawed." [Emphasis added.] She wrote:

Plateglass windows don’t bleed. They don’t die and leave loved ones grieving. They don’t contribute to the collective trauma and terror experienced by their communities. They just break, and then, at some point, they are replaced by identical sheets of glass.”

Aside from the ridiculousness of such a characterization, Lossin must have not cared about the fact that people have also been killed as a result of the ongoing mob violence.

Lossin stated that “[t]heft and vandalism are not revolutionary acts in and of themselves, but they have the potential to become powerful forms of political expression in the context of an organized mass movement.” [Emphasis added.]