The liberal media seem to be ignoring coverage of communist China’s role in mishandling the coronavirus pandemic. But the media will sometimes praise China as a “global leader.” 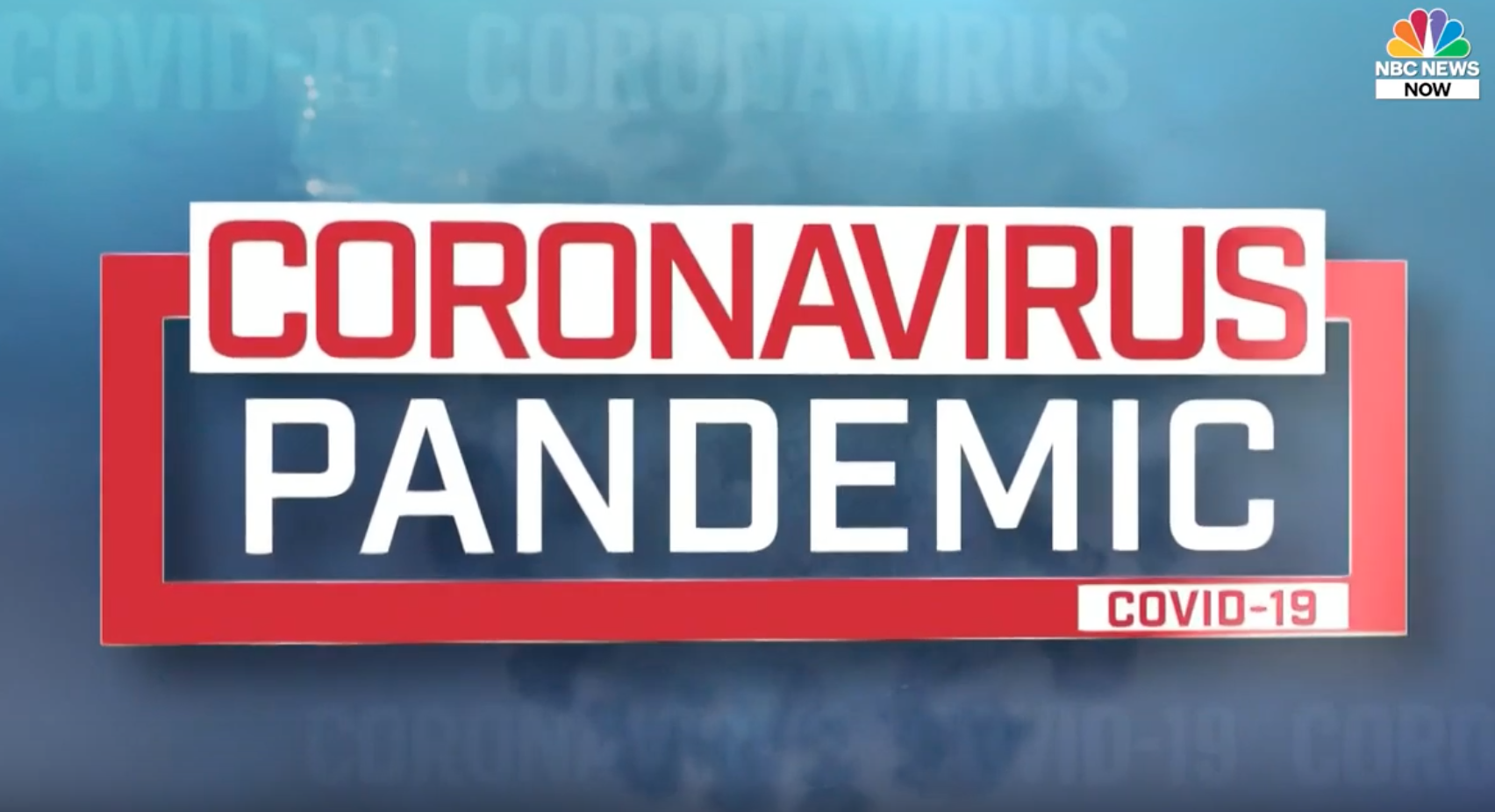 NBC News published an outrageous story headlined “As U.S. struggles to stem coronavirus, China asserts itself as global leader.” The sub-headline was just as terrible: “Beijing’s push for global leadership is able to get so much tailwind by virtue of the relative absence of any U.S. leadership,’ one foreign affairs expert said.”

The outlet dribbled over the Chinese government even more so in the first few lines of the piece, denigrating the United States in the process: “With Italy in dire need of medical equipment, an economic superpower stepped in to help. No, not the United States. It was China.” [Emphasis added.]

The authors of the piece Dan De Luce, Ken Dilanian and Carol E. Lee boasted how “Beijing last week promised Rome a thousand ventilators and 2 million masks, part of a global outreach effort that includes massive donations across Africa and a $20 million gift to the World Health Organization earmarked to fight the coronavirus pandemic.”

So they are fine just taking Beijing’s word for it?

Miller immediately shredded one of the story’s authors on Twitter. Miller posted screenshots of a tweet by Hudson Institute Senior Fellow Bruno Maçães and a story by Taiwan News. The screenshots argued that China’s aid to other countries has been defective. “NBC vs Reality,” Miller captioned his tweet. 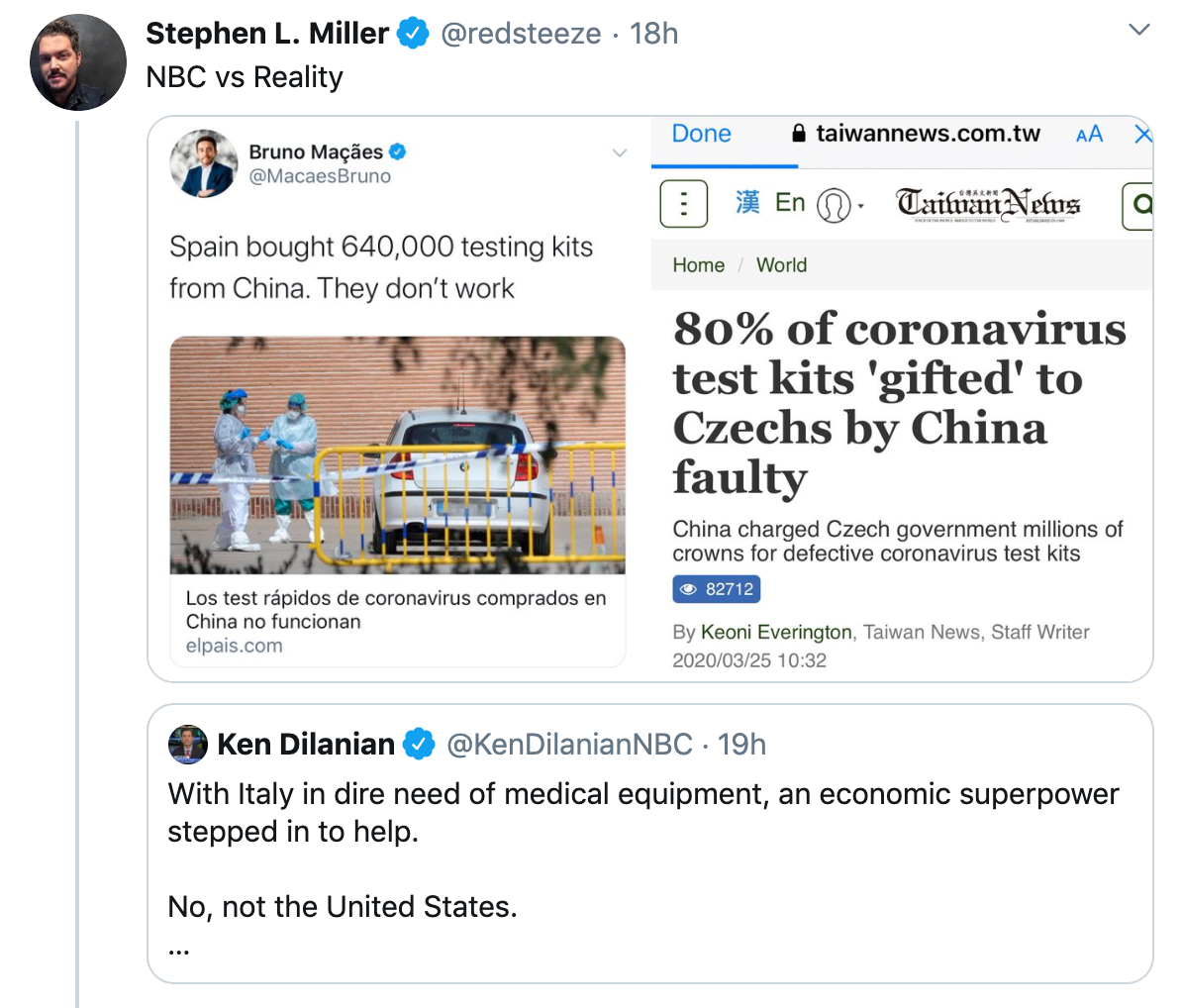 But these reports about China’s defective aid did not stop NBC News from immediately pivoting to Trump bashing:

“The Trump administration, meanwhile, proposed slashing the U.S. contribution to the WHO last month and has said very little about international cooperation to stop the spread. Instead of providing aid abroad, Trump has been soliciting it...international observers have watched as American governors have squabbled with the president over whether he is properly managing the response in his own country,” [emphasis added].

This story is actually one of at least three stories NBC News published that pushed Chinese propaganda, and Miller was sure to remind them of it in a follow-up tweet: “No one has been worse i[n] doing the Chinese State’s bidding than NBC. No one.” [Emphasis added.] 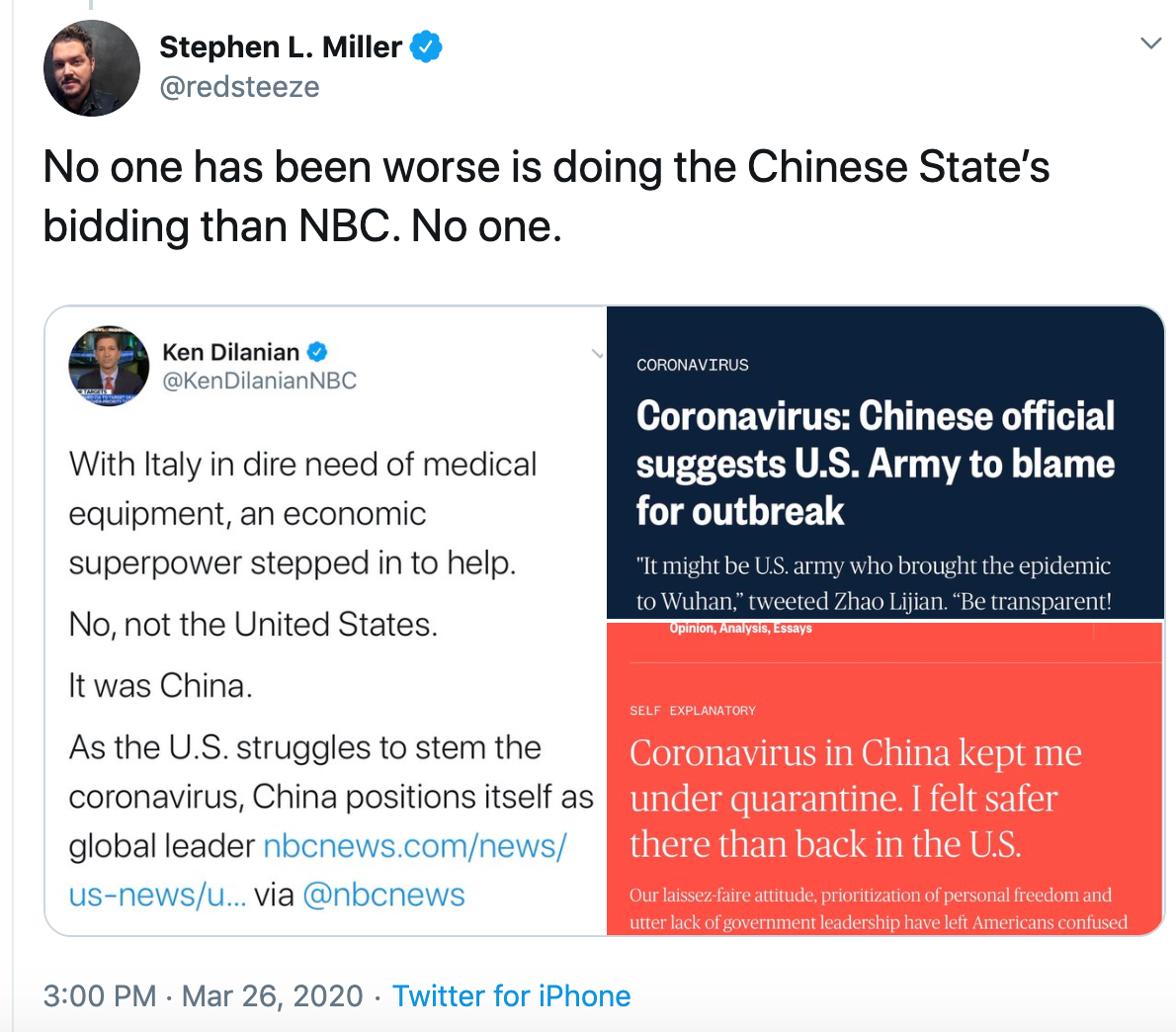