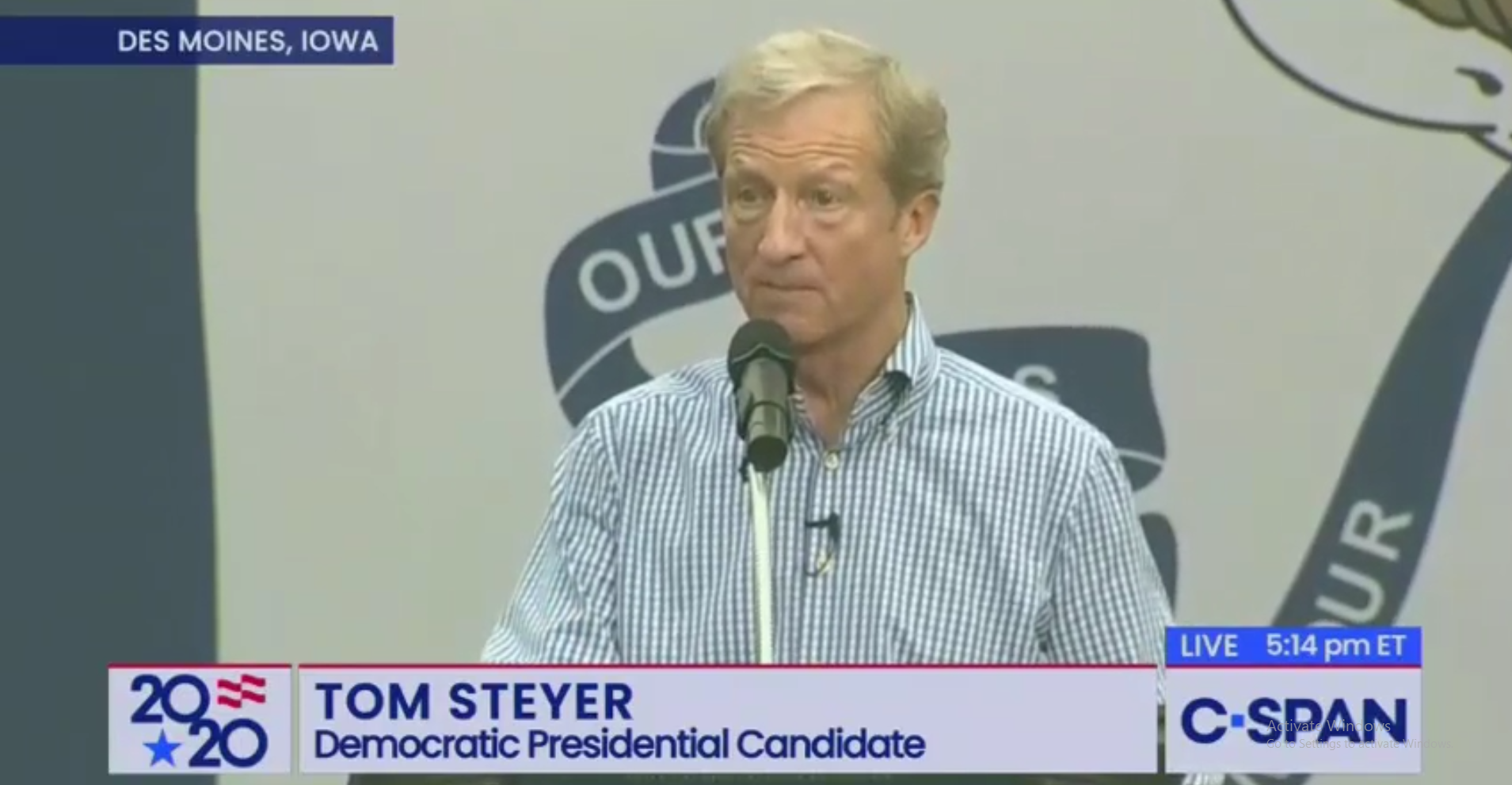 “When I started Need to Impeach, I was thinking about my father and the Nazis, because when you see something wrong in America, you fight it. You don't ask, 'What’s politically tactical?' 'What’s good for you?' You fight it every day before it gets too strong and that's what I was doing,” Steyer said during an Iowa rally.

His father prosecuted Nazis at the Nuremberg trials in the 1940s, according to The New York Times. Steyer made the self-aggrandizing comparison at the Polk County Democrats Steak-Fry in Des Moines on Sept. 21. Steyer downplayed his wealth saying, “When I read about myself in the paper, I sometimes think my first name is ‘Billionaire.”

It wasn’t the first time, Steyer entertained comparisons between Trump and Adolf Hitler. In 2018, when a rally attendee asked, “What’s the difference between him and Hitler?” Steyer failed to stop the comparison dead in its tracks.

Instead he replied, “Mr. Trump has — he really is an incredibly skillful and talented communicator. He really is — which Hitler, was too. But let’s not — and I think the reason people push back against the Hitler comparison, regardless of any similarities, is Hitler ended up killing millions and millions of people.”

Steyer’s shocking claims were in line with some liberal media efforts to compare Trump to Hilter and his supporters to Nazis.

During a campaign rally in North Carolina, MSNBC host Joe Scarborough said, “That’s the president, actually, from his Nuremberg rally from last night.”

“We can go ahead and just be done with the fiction that Donald Trump is a bad guy running the country, but those at the rally, we need to try to figure out how to understand them a bit more. They, once again, made themselves perfectly clear last night,” Scarborough continued.

Robinson said, "The time to start sounding an alarm — a general alarm was some time ago." Robinson said columnists have generally refrained from making the Hitler comparison, but were "getting close" to being obliged to do so.

NPR’s Here & Now host Robin Young shrieked at Trump supporters at the North Carolina campaign rally who chanted “Send her back!” about Rep. Ilhan Omar, D-MN, after the president criticized Omar. She has refused to denounce Al Qaeda and has a history of anti-Semitic screeds.

“Let's be frank about this. It was chilling. It sounded like Brownshirts from Nazi Germany,” Young said.

In July, MSNBC host Donny Deutsch said of Trump, “[T]here's so many stunning parallels to what Hitler was doing in the early ‘30s.” Earlier the same month, he claimed Trump’s policies could bring about another Holocaust.

“You look at history, it can happen here. Maybe it’s the Jews next. Oh, oh, oh: I forgot, his daughter is married to a Jew. Who says? Who says? You know, I come from a place, I come from a group of people where it happened to, six million of them,” Deutsch said.